Netflix will add a new batch of movies and television shows to its instant streaming collection throughout the month. Here are 49 of the new titles hitting the streaming service in October. 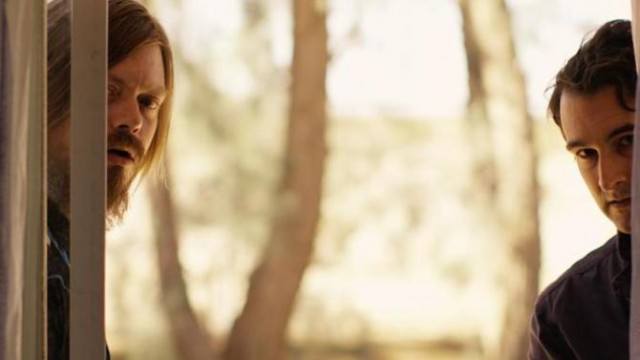 About Alex, October 1
After a troubled young man attempts suicide, six of his former college classmates stage a reunion to help him heal, but old issues resurface.

Alexander: Theatrical Cut, October 1
Director Oliver Stone takes on the saga of Alexander the Great, the Macedonian conqueror who became legendary for his military prowess.

The Devil at 4 O’Clock, October 1
When an earthquake devastates a South Seas island, only an aging priest and three convicts remain, and they must team to save children hospitalized with leprosy.

White Rabbit, October 1
Plagued by visions of a rabbit he was forced to kill as a boy, bullied teen Harlon increasingly channels his simmering rage into acts of violence.

Wild Horses, October 1
Aging rancher Scott Briggs must confront his past when a Texas Ranger resurrects a 15-year-old cold case and unearths family secrets involving a hate crime and a missing-persons mystery connected to the Briggs clan.

Ain’t Them Bodies Saints, October 18
After escaping prison, Bob Muldoon begins a search for his girlfriend and young daughter, but their reunion doesn’t go as planned.

Manson Family Vacation, October 27
The pleasant family life of an L.A. attorney is disrupted by the sudden arrival of his brother, who is obsessed with the Charles Manson murders. 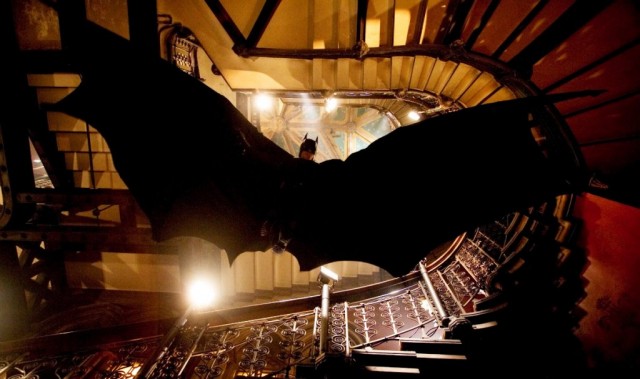 Batman Begins, October 1
Following the murder of his parents, Bruce Wayne trains with a shadowy organization and returns to Gotham City to fight crime under a new guise.

Charlie and the Chocolate Factory, October 1
Charlie is one of five golden-ticket holders treated to a tour of Willy Wonka’s chocolate factory in Tim Burton’s take on the children’s classic. 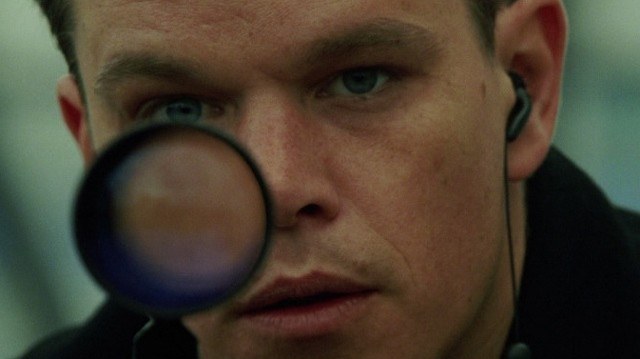 Glass Chin, October 1
Down on his luck, a former boxing champ agrees to become an enforcer for a corrupt businessman, but when a job goes wrong, he is framed for murder.

Pressure, October 1
When their boat sinks during a storm, four deep-sea divers trapped at the bottom of the Indian Ocean must devise a survival plan.

Reasonable Doubt, October 1
After fleeing the site of a fatal hit-and-run, DA Mitch Brockden finds himself prosecuting the man put on trial for committing Brockden’s own crime.

The Bourne Supremacy, October 1
Flushed from his refuge by an assassin, Jason Bourne finds himself thrust into secret alliances, setups, and shootouts in this riveting sequel.

American Heist, October 1
James (Hayden Christensen) owes his life to his older brother, Frankie (Adrien Brody) after taking the rap for a crime they committed together. Now, Frankie is released and back on the street with no money and no place to go. He turns to his underworld connections and convinces James to join him in hopes that one last job would be the solution to change both their lives.

Strangerland, October 8
A family finds their dull life in a rural outback town rocked after their two teenage children disappear into the desert, sparking disturbing rumors of their past.

Lazarus, October 14
After discovering a serum that can bring the deceased back to life, a team of medical researchers is horrified to find that the revolutionary drug carries with it some gruesome and lethal side effects.

The Gunman, October 27
Planning to retire from the contract killer business and live quietly, a veteran assassin discovers that his employers aren’t going to make it easy. Suddenly in the crosshairs, he’s propelled into a bloody Continental chase to save himself.

Return to Sender, October 29
Taking a chance on romance, an attractive nurse agrees to go on a blind date with a mysterious man. After he brutally rapes her, she begins visiting her attacker in prison and befriends him — but all is not what it seems. 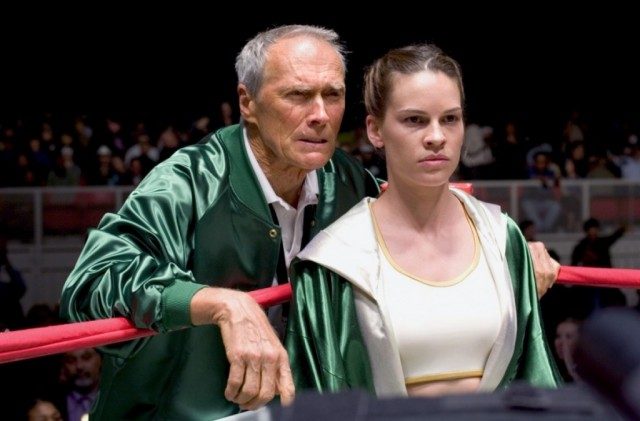 On the Town, October 1
Three sailors on leave and ready for fun are determined to make the most of their 24 hours in New York City in this Oscar-winning musical comedy.

Some Came Running, October 1
When soldier and writer Dave Hirsch returns from World War II, he finds that his seemingly quiet hometown hides complex secrets. As he tries to readjust, he falls in with a local gambler, while his very presence shakes things up in the community.

August: Osage County, October 27
When their father disappears, three strong-willed women return to their childhood home and to their equally strong-willed mother. 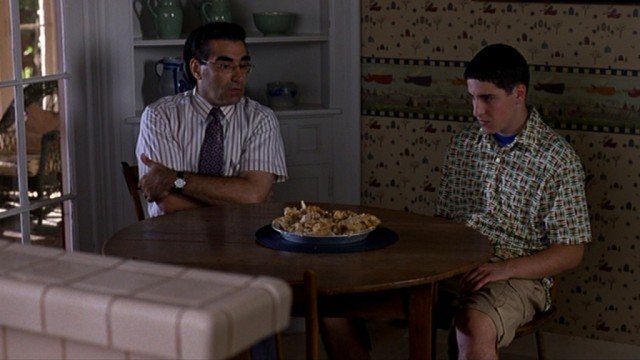 A Christmas Carol, October 1
Helmed by Edwin L. Martin, this 1938 adaptation of Charles Dicken’s yuletide classic stars Reginald Owen as miserly Ebenezer Scrooge, who gets a last chance to redeem himself on Christmas Eve. 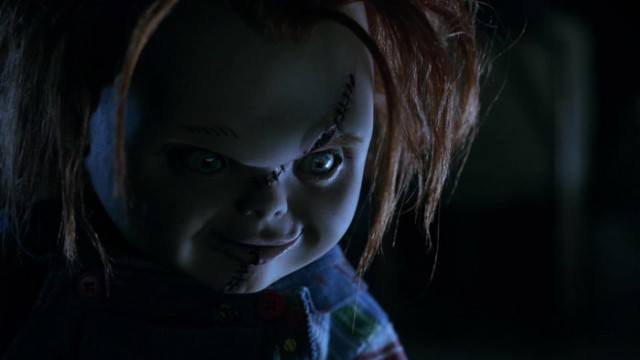 Curse of Chucky, October 1
From the filmmakers that brought you Chucky comes the terrifying return of the pint-sized doll possessed by the spirit of a notorious serial killer. When a mysterious package arrives at the house of Nica, she doesn’t give it much thought.

Dark Was the Night, October 1
After a logging company arrives in the town of Maiden Woods and begins cutting in the nearby forest, a powerful evil rises from the landscape and starts preying on the terrified populace — whose lone hope is a sheriff wrestling personal demons.

The Mr. Peabody and Sherman Show, October 9
Netflix’s new original series for kids follows Mr. Peabody, the smartest dog in the world, and his boy Sherman as they host a zany late-night comedy show broadcast from their swanky penthouse in front of a live studio audience. Anything can happen in this show jam-packed with exciting segments, great musical acts, and very special guests like outrageous neighbors and hilarious time travelers they meet with the WABAC machine.

Winter on Fire, October 9
Over 93 days in Ukraine, what started as peaceful student demonstrations became a violent revolution and full-fledged civil rights movement.

Beasts of No Nation, October 16
When civil war tears his family apart, a young West African boy is forced to join a unit of mercenary fighters and transform into a child soldier. Idris Elba stars in the critically acclaimed film.

Circle, October 16
When a group of strangers is seized and awaits execution, they face the impossible task of choosing the one person among them worthy of being spared.

Some Assembly Required: Season 2, October 16
A 14-year-old takes ownership of a toy company and hires a group of his friends to help him create amazing new toys.

Hemlock Grove: Season 3, October 23
Secrets are just a part of daily life in the small Pennsylvania town of Hemlock Grove, where the darkest evils hide in plain sight.

Popples: Season 1, October 30
The adorable Best Popple Pals love helping their friends and neighbors, but every time they do, it seems to backfire in hilarious ways.

iZombie, October 6
The freshman season of the CW series follows Olivia Moore as her pursuit of a medical degree takes a dramatic turn the night she’s savaged by zombies at a wild party. While the attack has dire consequences for her life, it also gives her unique abilities to solve homicide cases.

Last Man Standing: Season 4, October 6
After his wife’s career takes off, Mike finds himself in charge of parenting their three daughters and trying to stay afloat in all the estrogen.

The Flash: Season 1, October 6
The CW hit follows forensic expert Barry Allen who, after a lightning strike leaves him in in a coma for months, wakes up to find the jolt has enabled him to move with incredible speed. Unfortunately, the incident also transformed others who are using their new skills for evil.

The Originals: Season 2, October 6
The Mikaelsons move to New Orleans and form an alliance with local witches in an effort to rule the city once again in this “Vampire Diaries” spinoff.

Arrow: Season 3, October 7
Based on DC Comics’ Green Arrow, an affluent playboy becomes a vengeful superhero, saving the city from villains armed with just a bow and arrows.

Flor Salvaje, October 7
A young orphaned woman moves to a new town to raise her sisters and struggles to carve her own destiny as several different men vie for her love.

Legends: Season 1, October 7
Shedding his skin as easily as a snake, CIA operative Martin Odum — played by Sean Bean — becomes whoever he needs to be in this gripping spy drama.

Jane the Virgin, October 12
The Golden Globe-winning series stars Gina Rodriguez as Jane Villanueva who, after having vowed to remain chaste until she’s married, is stunned to find she’s become pregnant due to a medical slipup. Along with breaking the news to her amazed boyfriend, Jane must start making plans for a whole new life.