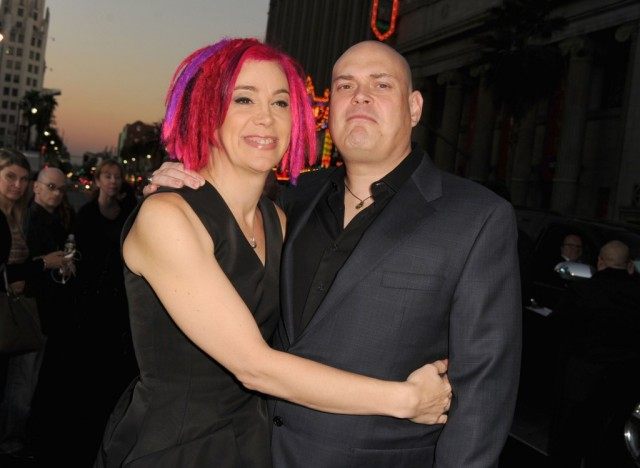 The Wachowskis’ just-released blockbuster Jupiter Ascending bombed at the box office during its opening weekend, but Netflix wants you to know that the movie’s failure doesn’t mean that Sense8, its forthcoming project from the duo, will be a flop, as well. Per Deadline, the streaming service’s chief content officer, Ted Sarandos, made a point of talking up the sci-fi drama series during a recent television panel.

Sense8 will chronicle the story of eight strangers of different cultures and from various parts of the world who suddenly find themselves mentally and emotionally connected in the aftermath of a tragic death. Their sudden connection allows them to talk to each other, even while in totally different countries. While trying to figure why this happened and what it means for the future of mankind, a mysterious and powerful man named Jonas tries to bring the eight together, while another stranger called Mr. Whispers and his organization will attempt to hunt them down to capture or assassinate them.

The show stars Brian J. Smith, Tuppence Middleton, Ami Ameen, Bae Doona, Miguel Angel Silvestre, and Tena Desae, among others. Per Zap2It, the characters won’t ever be together in the same physical place during the first season of series. Instead, each of the 10 episodes will reportedly mainly focus on one character and their individual backstories, which take place on four continents spanning cities like Chicago, San Francisco, London, Seoul, Mumbai, Berlin, Mexico City, and Nairobi.

The series has received a lot of attention in the lead-up to its premiere, both for its premise and because it hails from Andy and Lana Wachowski, the siblings behind The Matrix movies. But with the duo’s last few films failing to impress, it seems Netflix execs wants to reassure viewers that Sense8 won’t disappoint.

The Wachowskis have had a particularly rough week, with Jupiter Ascending only earning $18.38 million domestically in its opening weekend after largely negative critical reviews. The film fared better overseas, grossing $33.8 million at the foreign box office, but that still wasn’t enough to make up for its whopping $200 million-plus budget. The project marks the siblings’ third straight directorial misfire since The Matrix, after 2008’s Speed Racer and 2012’s Cloud Atlas. Despite this, Sarandos expressed high confidence in the directors and their work on Sense8.

“It’s the best four hours of anything we’ve done,” Sarandos said about the series, according to Deadline. “Their film reviews have been brutal, and everything after The Matrix didn’t go well, but if you look at the earlier cuts of their films before they had to jam them down to 120 minutes, it’s amazing. There’s a four-hour cut of Cloud Atlas that will blow you away.”

Sense8 is the first full-length television program from the Wachowskis, who co-created the show with J. Michael Straczynski (Changeling). It seems their stories may be better suited to the longer format. Deadline quotes a source close to production as saying: “Who knows if they’ll ever direct a film again? They might have found their niche with episodic drama.”

Whether the series will end up finally earning the Wachowski siblings another hit or not remains to be seen. But given Sarandos’s vote of confidence, it’s clear that Netflix is pinning high hopes on the project.

Sense8 finished filming in Iceland three weeks ago. It’s expected to premiere in May or June.