Netflix Will Take On ‘Stranger Things’ in New Supernatural Drama 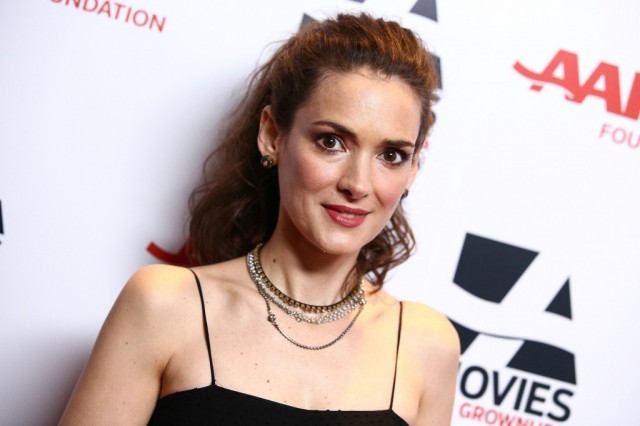 Netflix will soon add a new supernatural period drama to its collection of original TV titles. The streaming service has just revealed new cast and plot details for the upcoming eight-episode series, Stranger Things, and from the sounds of it, it could be another must-watch.

Written and directed by Matt Duffer and Ross Duffer (the same duo behind Fox’s small town supernatural drama, Wayward Pines), Stranger Things is set in 1980 Indiana. Described as an homage to the ’80’s classics beloved by generations, the show takes place after a young boy seemingly vanishes into thin air. As friends, family and local police search for answers, they are drawn into an extraordinary mystery involving top-secret experiments, terrifying supernatural forces and one very strange little girl.

As announced earlier this summer, Winona Ryder will star in the series (which was formerly entitled Montauk) as Joy, the single, working-class mother of the missing young boy. David Harbour (The Newsroom) will take on another lead role as the town’s chief of police.

The project has also recently locked in a group of younger stars to join Ryder and Harbor on the cast list. According to Deadline, Finn Wolfhard (The 100, The Resurrection) will take on the lead kid role as Mike, a bullied 12-year-old who becomes an unlikely hero in the quest to save his best friend. Noah Schnapp (who will voice Charlie Brown in the upcoming Peanuts movie) will portray the missing boy, Will, a small and sensitive child who doesn’t fit into the 1980’s definition of normal and ends up vanishing. Meanwhile, Millie Brown (BBC’s Intruders), has signed on to portray the girl with strange abilities who Mike meets in the woods.

Also joining the cast are Caleb McLaughlin as Lucas, an opinionated friend of Mike’s; Natalia Dyer as Nancy, Mike’s teenage, older sister; Gaten Matarazzo as Dustin, a 12-year-old who marches to the beat of his own drum and whose sense of humor helps defuse tense situations; and Charlie Heaton as Jonathan, Will’s older teenage brother.

In addition to writing and directing, the Duffer Brothers will serve as co-showrunners with Karl Gadjusek. Both Duffers and Gadjusek will also executive produce alongside Shawn Levy and Dan Cohen via their 21 Laps entertainment banner.

For Netflix, Stranger Things is one of its most high-profile shows on its upcoming slate, thanks in large part to the participation of Ryder. Still, it’s far from the only Netflix original series headed our way. The streaming service has a slew of new shows set to make their debut next year. Some of the most notable titles? Aziz Ansari’s comedy series, Master of None, the latest Will Arnett-starrer, Flaked, and of course, the highly anticipated Full House revival, Fuller House. The company is expected to introduce its third Marvel-based series, Luke Cage, sometime next year as well (the second, Jessica Jones, will reportedly debut in 2015).

Whether Stranger Things will mark another score for Netflix remains to be seen. The company has earned mixed results with some of its newer dramas. Family drama Bloodline drew critical acclaim, but the Wachowski’s highly hyped sci-fi series Sense8 proved to be disappointing, as did the Canadian thriller Between. Despite the differing receptions for each, all three shows earned second seasons.

Stranger Things may have an easier time appealing to wider audiences, due to it’s genre-mixing elements. From the sounds of it, the show will mix location-driven drama (similar to Bloodline‘s spotlighting of the Florida Keys) with sci-fi and mystery. Add in a well-know star like Ryder at the lead and Netflix might have another binge-worthy hit on its hands.

Stranger Things will become available for streaming sometime in 2016.