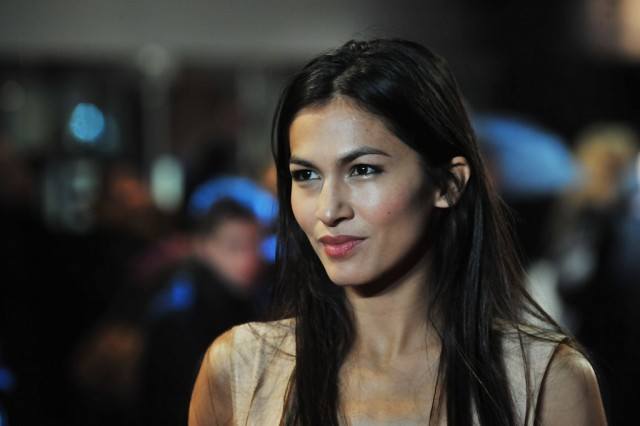 Netflix’s Daredevil has officially found its Elektra. As Marvel just announced, French actress Elodie Yung has been cast in the fan favorite role for season two of the acclaimed drama.

As fans of the comics know, Elektra Natchios is a trained assassin who is sometimes Matt Murdock’s (a.k.a Daredevil) love interest and other times, his enemy. The character, which was created by Frank Miller, first appeared in the comic series in 1981and was previously portrayed by Jennifer Garner in 2003’s Daredevil film and the 2005 spin-off. Now, she’s set to make her Netflix debut.

Per The Hollywood Reporter, Yung’s Elektra will join the show as a mysterious woman from Murdock’s (Charlie Cox) past, whose dangerous ways could be more than even the Man Without Fear can handle. Season two will mark Elektra’s first time on the series, but fans have been expecting the character to show up for quite some time. The show teased the possibility of Elektra’s future introduction in season one, in a scene in which Murdock and his best friend Foggy (Elden Henson) discuss a Greek girl Matt once dated. In the comics, Elektra is described as a daughter of a Greek diplomat.

This is the second major piece of casting news for Daredevil in recent months. In June, the Marvel series also announced it was adding another important character to its next season: Frank Castle aka The Punisher, to be played by The Walking Dead alum Jon Bernthal.

Yung and Bernthal will join Cox, Henson and returning stars Deborah Ann Woll and Rosario Dawson in season two. Meanwhile, series producers Doug Petrie and Marco Ramirez will take over showrunning duties from Steven S. DeKnight, with the show’s original creator Drew Goddard remaining on board as a consultant.

For Yung, Daredevil will mark her first major role on American television. The actress has also previous appeared in several French small screen series. She’s held roles in several feature films in recent years as well, including 2011’s The Girl With the Dragon Tattoo and 2013’s G.I. Joe: Retaliation. In addition to her new gig on Daredevil, she’s next set to appear in the upcoming adventure epic fantasy film, Gods of Egypt.

“After a worldwide search, we found in Elodie the perfect actress to embody both Elektra’s impressive and deadly physicality, as well as her psychological complexity,” Marvel TV head Jeph Loeb said in a statement. “Paired with Charlie as Matt Murdock, the two will bring one of the most beloved and tumultuous comic book relationships to life with all the accompanying sparks and spectacular action sequences the show is known for.”

Though Elektra and The Punisher are the only two confirmed new characters as of now, there are several other possible comic names rumored to be joining the show in the next season. Mister Fear and Spider-Man villain Mysterio have also been name-dropped as potential new antiheroes for the upcoming season, although Marvel has yet to comment any of the rumored possibilities.

Daredevil is set to return to Netflix for a second season sometime in 2016.