Netflix’s Marvel Series ‘Luke Cage’: Everything We Know So Far

With Netflix’s Marvel series, Jessica Jones, currently earning rave reviews, it’s time to turn our attention to the third comic-inspired series on its collaborative lineup: Luke Cage. Over the last few weeks, the show has quickly begun rounding out the rest of its cast and fans are starting to learn new details about what they can expect from the series freshman season.

As we’ve known for some time now, the show will star Mike Colter as the titular character, a wrongly accused man who gains super-strength after a sabotaged experiment and escapes prison to become a hero for hire. Netflix released its first teaser trailer for the series, seen above. But what other Marvel characters can we expect to see join Colter’s Cage on TV? Here’s everything we know so far.

1. Luke Cage made his debut on Jessica Jones

Colter, who was cast as Luke Cage back in February, made his debut as the character in Netflix’s Jessica Jones series (seen above). He appeared in several installments of that show before moving on to star in his own spinoff. Though specific details regarding his storyline haven’t been revealed, comic fans know that when Cage meets Jones (after getting his abilities), the secrets of his past end up dramatically altering her in ways she never imagined.

Update 12/16/15: Colter recently revealed new details about the show’s storyline.  The show picks up ” some time after the Jessica Jones series,” the actor told Comic Book Resources. “He is reeling from the experience that happens in Jessica, and he’s trying to get himself back on track. His bar was blown up, and now, he has to start over again. He’s just got to figure out where he is now, and what he’s doing with his life because he wants to define himself as a man, define himself in society and try to deal with his own demons. Just like Jessica had to deal with her demons, he has to deal with his demons.” 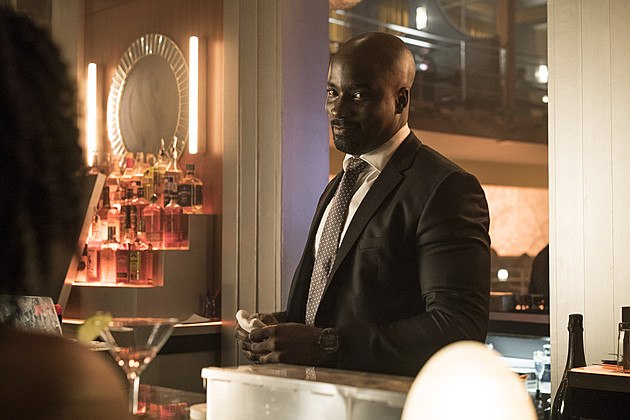 [Update 7/20/16:] USA Today has debuted a new official photo for Luke Cage (above), in which the hero is once again behind the bar— only this time in a more upscale locale and fancier clothes.

[Update 8/9/16:] The first full-length trailer has been released (see below).

In September, it was revealed that Simone Missick has signed on to play the show’s younger female lead, Misty Knight, a New York City police detective who reluctantly partners up with Cage. She is described in the casting call as a “woman with a strong sense of justice,” per Deadline.

Though we don’t many details about Netflix’s version of the character, Knight is an important figure in Cage’s history. In the comics, she is noted as an exceptional NYPD detective who loses her arm to a bomb blast and is granted a bionic replacement from Tony Stark aka Iron Man himself.

She is also the first potential tie-in to Marvel’s Iron Fist character (who will get his own Netflix show next year. As comic fans may remember, Knight eventually becomes involved with Danny Rand aka Iron Fist, so she’ll likely play a role in that series as well.

Update 8/17/16: Netflix has revealed its first sneak peek at Missick as Knight in the photo above.

3. There will be multiple bad guys

A slew of villains are set to make Luke Cage’s life more difficult in the show’s freshman season. Earlier this year, Alfre Woodard reportedly signed on to play Marvel villain, Black Mariah, described as a powerful woman in local politics who will have an impact on Cage’s life. In the comics, she is a professional criminal, a drug dealer, and a nemesis to both Cage and Iron Fist. Update 8/17/16: Get a first look at her character, above.

Theo Rossi has also joined the show’s core cast as another of Cage enemies, Shades aka Alvarez. The character is a known criminal and is described as “relentless and menacing, smooth and manipulative, street smart and controlling. Update 8/17/16: t Check out Rossi’s character, above right.

Most recently, Mahershala Ali boarded the series to to play the villainous Cornell “Cottonmouth” Stokes, a Harlem nightclub owner, who becomes an unexpected foe in Cage’s life when his criminal activities threaten Cage’s world. Update 8/17/16: Rossi and Ali’s characters are captured above, right and center.

Willis Stryker aka Diamondback is also rumored to be appearing in the show as one of the central antagonists, but we have yet to hear any casting news for the role.

Update 5/19/16: In an interview with EW that was posted to Facebook, Colter revealed a few more details about the type of bad guys that will be appear on the show, saying they include “politicians,” “shady characters,” and corrupt law enforcement.

Update 9/13/16: A teaser featuring Ali’s Cottonmouth has been released, below:

4. A Daredevil alum will appear

Rosario Dawson is set to reprise her role as Daredevil’s Claire Temple in Luke Cage. While specific details regarding her part on the show haven’t been revealed, Claire is a love interest of Cage’s in the comics, so it stands to reason the two will establish a potentially romantic relationship on the series as well. Having already been introduced on Daredevil, Dawson’s Claire is also is set to appear in the second Marvel series, Jessica Jones, before moving to Luke Cage. Update 8/17/16: A photo of Dawson’s Claire with Colter’s Luke has been revealed, above.

5. The show will be geared towards “an adult audience”

Netflix’s first two team-ups with Marvel, Daredevil and Jessica Jones, were both pretty dark (in a good way) and it seems we can expect more of that same tone in Luke Cage. “We have a more gritty, focused story on our heroes and characters that live in New York City, but it’s geared towards a more adult audience and I think that’s the thing about the series that will be different,” Colter told IGN.

As the actor explained, that edgier feel will help set the show apartment from the Marvel adaptations we’ve seen on the big screen. “He’s a neighborhood hero, very much linked to New York and Jessica Jones. It’s all part of the Marvel Cinematic Universe but Luke Cage is a darker, grittier, more tangible character than Iron Man or Thor,” Colter explained to The List in March. “He likes to keep things close to his chest, operate on the hush-hush…He’s a very nuanced character.”

In April, showrunner Cheo Hodari Coker described the series to EW as a“powerful fusion of dark drama, hip-hop, and classic superhero action.” He also went on to compare it to a past acclaimed TV show, saying, “I would like this to be, I mean, I know this is heavy but, The Wire of Marvel television, because we really deal with a lot of different issues.”

Update 8/17/16: Get another look at Colter’s powerful Luke Cage in a newly released picture, above. 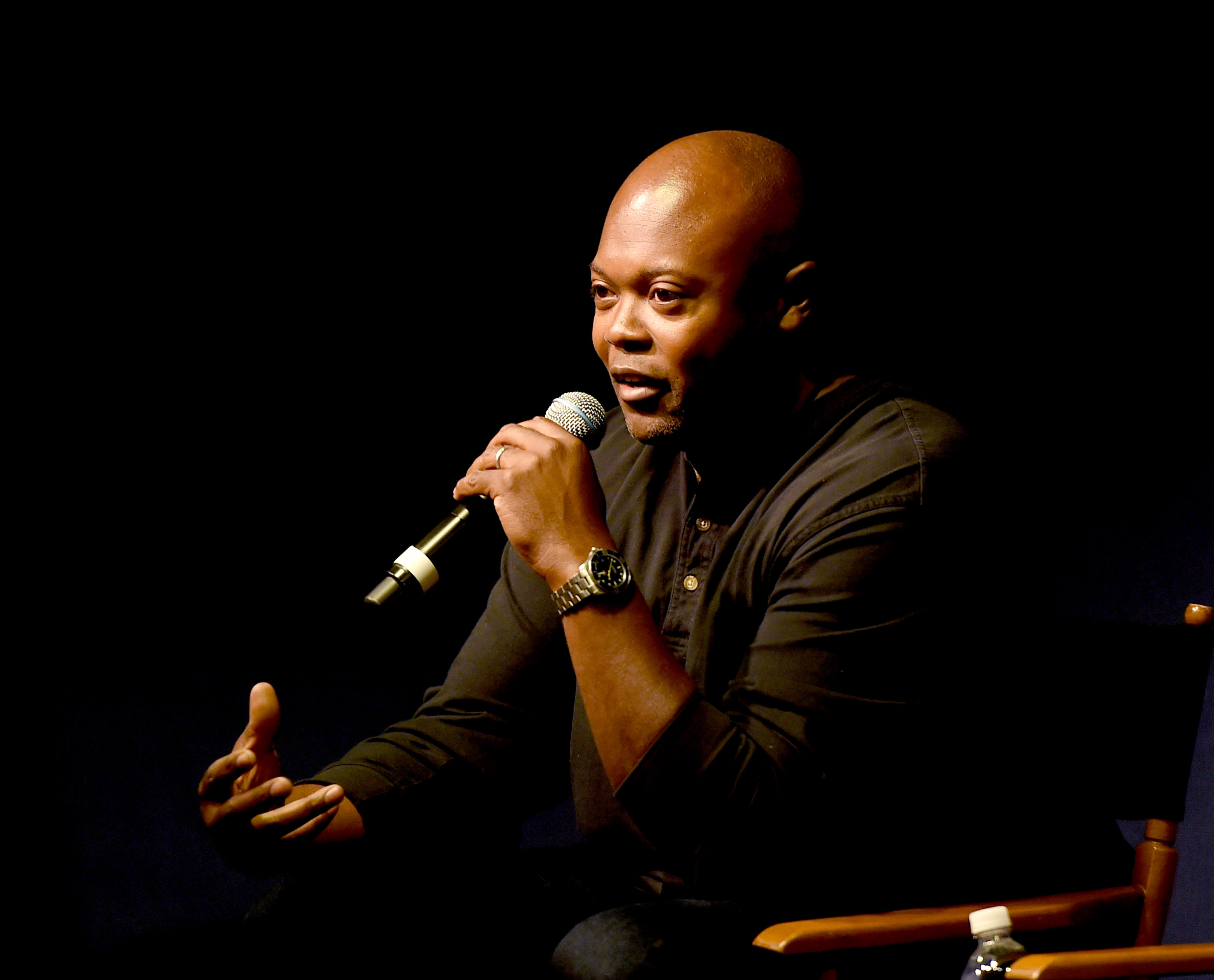 Coker, above, is set to serve as showrunner for the upcoming series.

Update 3/22/16: There will be multiple directors, but it’s recently been confirmed that Paul McGuigan helmed the first two episodes of the show.  McGuigan, known for directing Victor Frankenstein and multiple episodes of Sherlock, confirmed the news on Twitter, linking to an article about Luke Cage and writing, “Don’t tell anyone but I might have directed the pilot and second episode…just saying.”

7. How Luke Cage will be very different from Netflix’s other Marvel shows 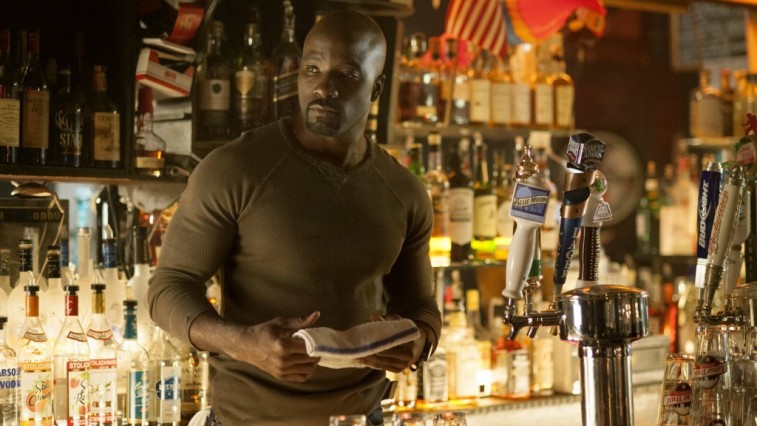 While Luke Cage will boast the same gritty feel as Daredevil and Jessica Jones, there will still be some marked differences between the three series, as Colter recently discussed. “Jessica’s storyline is so different from Daredevil’s storyline. Daredevil’s storyline is so different from mine,” he told Collider. “There’s a social aspect involved with Luke Cage, there is a criminal element involved, and there is a procedural element involvement. We focus on a variety of different things. I think it will be a surprise. I don’t know if we’ll be taking things to the next level because Jessica did such a great job. I don’t know what to expect, as far as the response, but I know it’s going to be different.”

Update 3/22/16: There will also be a musicality to the series that Colter says sets it apart from its two predecessors. “Luke has some songs that people know but I think also the whole feel of it will have, I guess this is an overused word, but urban. It will be urban, it will be soulful, and it will be a stark contrast to the music you heard for the first two prior series. We are in Harlem, so you want to feel like you are around that kind of culture,” Colter told the LA Times. “Harlem has a long, rich culture of music and we want to pay homage to that.”

Update 4/14/16: Coker also touched upon the musicality of the show to EW, saying, “It’s very sophisticated. I mean, it’s got a ’90s hip-hop vibe, but it’s really forward-thinking. We have Adrian Younge and Ali Shaheed Muhammad doing the scoring for us. We have a lot of different musical appearances, but at the same time, we’ve got the Marvel action. We’ve got drama.”

Update 7/25/16: In continued proof that hip-hop music will play a major factor in the freshman season, showrunner Cheo Coker recently described the show as the “Wu-Tang-ification of the Marvel universe.” He also announced that every episode of the series will be named after a song by the rap duo Gang Starr.

Update 7/29/16: Coker tweeted out the Gang Starr-inspired titles for the first three episodes, as seen below, and also revealed that he will continue to release new episode titles every Friday until the series premiere.

#LukeCage . One “Moment of Truth.” Two: “Code of The Streets”. Three: “Who’s Gonna Take The Weight? 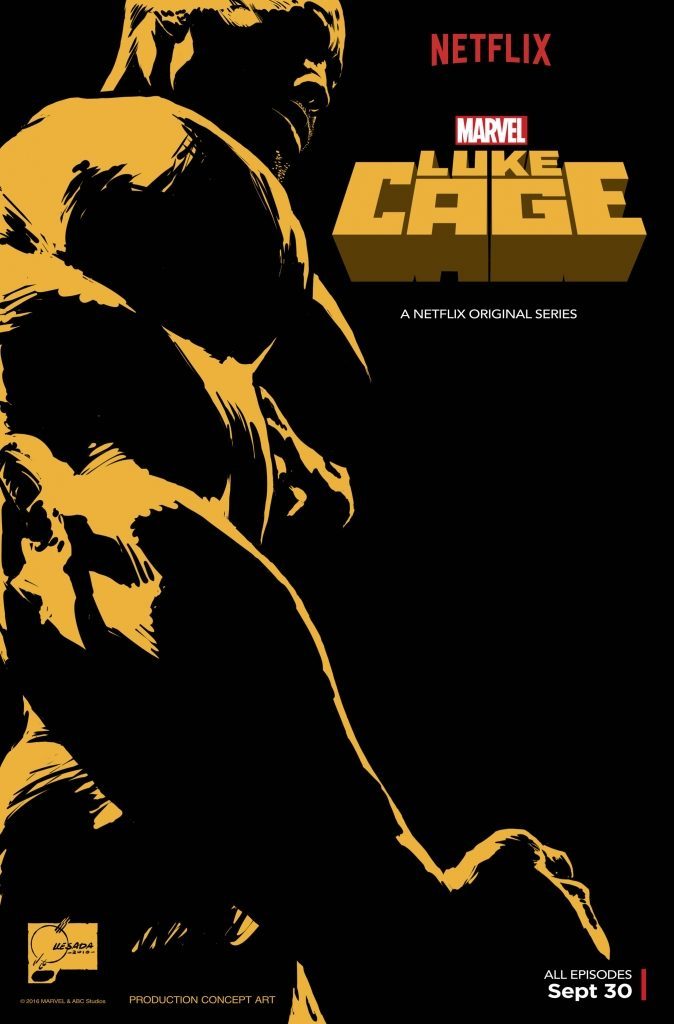 Update 8/8/16: Netflix has revealed the second poster for the upcoming series: