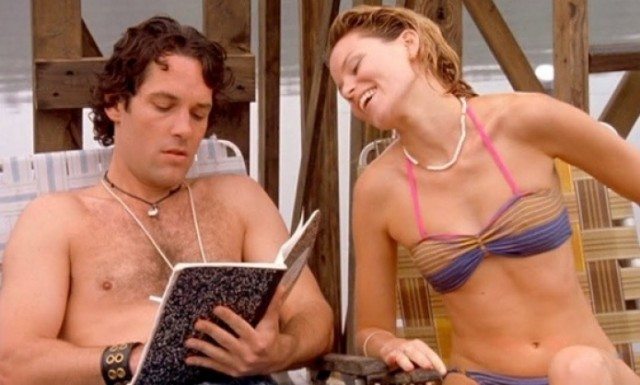 Netflix is officially bringing cult comedy Wet Hot American Summer back to the screen. The streaming service is reuniting the all-star cast of the 2001 satirical film for an upcoming eight-episode limited series.

Directed by David Waine, the original film follows a group of counselors who are each trying to complete their unfinished business on the last day of camp in the hot summer of 1981. It features a huge ensemble cast jam-packed with now notable names like Amy Poehler, Bradley Cooper, Paul Rudd, Christopher Meloni, Elizabeth Banks, Molly Shannon, Michael Ian Black, Janeane Garofalo, Ken Marino, Zak Orth, David Hyde Pierce, Joe Lo Truglio, and more. The comedy tanked at the box office, grossing less than $300,000 domestically at the time of its debut. But the film has garnered a devoted following since its release on DVD, partly thanks to the fact that it features so many well-known actors before they became big stars.

“It’s true, camp is back in session. #WetHotAmericanSummer will return for 8 all new episodes,” Netflix confirmed on its official Twitter on Friday night. According to Deadline, nearly the entire original cast — including those who only had cameo roles — is returning for the new series, with filming set to begin this week. Original co-writers Wain and Michael Showalter penned the script, with the former returning to direct, as well. Both Wain and Showalter are also executive producing alongside the film’s producers, Howard Bernstein, Jonathan Stern, and Peter Principato.

Though Netflix is keeping specific details regarding the plotline under wraps, the company has confirmed that the forthcoming project will act as a prequel to the original film. This is the same premise that Waine originally suggested in 2012, when rumors of a potential revival first began swirling. “We are working on a prequel. It’s six months to a year earlier than when the original movie was — except the actors playing those characters are 10 years older,” Showalter described at the time, per The Hollywood Reporter.

Though viewers are sure to get a kick out of seeing some of Hollywood’s biggest names reprise their roles on the coming show, some of the film’s stars have also already begun expressing excitement over returning to their old characters. “It’s on like Donkey Kong bc Donkey Kong happened in 1981, just like this movie,” Lo Truglio wrote on Twitter. Meanwhile, co-star Marino called out his character’s love interest, tweeting, “I hope Abby Bernstein’s still waiting for me.”

This isn’t the first time that Netflix has brought back a cult favorite starring an A-list ensemble cast. In 2011, the company picked up the rights to Arrested Development five years after the series was originally canceled by Fox. Stars Jason Bateman, Portia De Rossi, Will Arnett, Michael Cera, and Tony Hale reprised their roles in the show’s 15-episode fourth season, which debuted in May 2013 and earned generally favorable reviews.

No premiere date for the limited series has been confirmed.