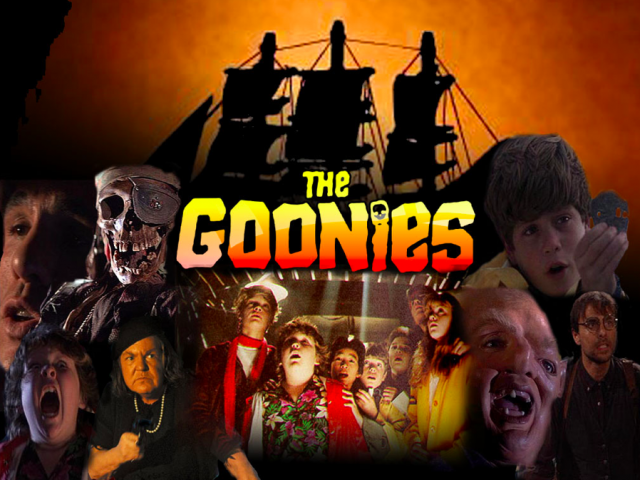 The 1985 cult classic The Goonies is finally getting a sequel almost 30 years later, director Richard Donner confirmed in an interview with gossip website TMZ. The film, which starred Sean Astin, Corey Feldman, and Josh Brolinm and was produced by Steven Spielberg, followed the adventure of a group of kids whose neighborhood is going to be torn down by an expanding country club.

When the gang discovers a treasure map in the attic, they decide to follow its instructions, which will supposedly lead them to the unclaimed booty of a mythic pirate named One-Eyed Willy. The screenplay was written by Spielberg and Chris Columbus, who also wrote the eighties classic Gremlins and directed the first two Harry Potter movies. The Goonies still has a significant following and is widely considered to be one of the best children’s films from the 1980s.

“The Goonies has every imaginable funhouse flourish. It has crooks, bats, cobwebs, skeletons, a lovable monster, an underground grotto and a treasure hidden by some of the most considerate, clue-loving pirates who ever lived,” reads a 1985 review from The New York Times.

Donner, who also directed the Lethal Weapon films, was questioned by a reporter about whether he believes comic book films are on a downward trend. When asked whether he was going to make another comic book movie, Donner said, “If you call Goonies comic book. We’re doing a sequel.” The reporter went on to ask if any of the original stars were going to return and Donner responded, “Hopefully all of them.”

Donner is 83 years old and hasn’t directed a feature film since 2006′s 16 Blocks. Feldman has been vocal about wanting to do a Goonies sequel for years, but the question remains how the original actors could be incorporated without losing the spirit of the original. The Geek suggested that the film could follow a new group of kids on a different treasure hunt, but could include the original actors as adults perhaps involved in their own subplot.

Feldman took to Twitter to address the rumors, saying: “If they write it I will come! I have complete faith, that Spielberg, Donner, and Columbus will cr8 movie magic again!” Feldman’s not the only cast member ready to get on board with the project. Robert Davi, who played the opera-singing gangster Jake Fratelli, told TMZ that he’d love to make a Goonies sequel and even provided some suggestions for his character’s storyline.

For now it’s unknown when The Goonies sequel would start filming or if there’s even a script. With the project in such early stages, fans of the original should temper their enthusiasm with a bit of caution until more details about the project are revealed.