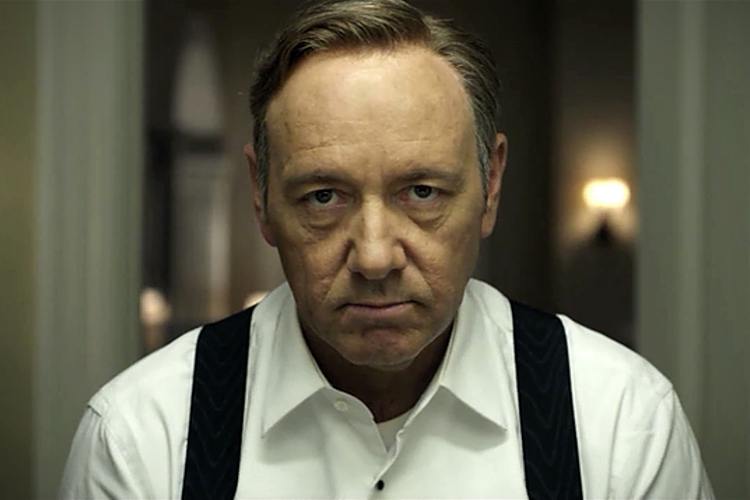 There’s plenty of great television to look forward to over the next month. May will not only mark the return of several veteran favorites (like House of Cards and Unbreakable Kimmy Schmidt), but will also bring the debut of a slew of promising new TV shows (including more Netflix originals and the latest drama from Shonda Rhimes). From the latest must-see true crime series to that long-awaited Twin Peaks revival, here are 14 TV premieres you definitely won’t want to miss in May.

The second season of Netflix’s controversial sci-fi series will be available to stream in May. This season will follow the eight Sensates as they go on the run from Whispers and must find a way to live with, understand, and protect one another against all odds.

Last season earned mixed reviews from critics and audiences with some praising the unique plot line while others called it a disappointment. Whether Season 2 will fare better remains to be seen, but it’s worth noting that co-creator Lilly Wachowski largely sat out this season — leaving sister Lana Wachowski in a solo directing position for Season 2.

2. The Last Kingdom, premiered May 5

Get ready, binge-watchers! The entire sophomore season of this historical drama will hit Netflix in May. The show, a co-production between BBC Two and Netflix, chronicles King Alfred’s ninth-century efforts to unite a divided England into a single country. It stars Alexander Dreymon, David Dawson, Tobias Santelmann, Emily Cox, and Joseph Milson.

Aziz Ansari‘s acclaimed comedy will return with its anticipated second season. The show picks up with Ansari’s Dev returning to New York after his trip to Italy and facing new challenges in his personal and family life, as well as a new career opportunity.

In addition to bringing back the original cast, Season 2 will feature some interesting guest stars, such as Bobby Cannavale and John Legend.

Netflix will stream CBC’s new adaptation of L.M. Montgomery’s novel, Anne of Green Gables. The eight-episode miniseries, hailing from the Emmy Award-winning Breaking Bad writer Moira Walley-Beckett, will retell the adventures of the beloved heroine. The show will kick off its freshman season globally with a two-hour series premiere, directed by Niki Caro (Whale Rider).

SyFy’s mystery drama will return for its third season this spring. This season, the time-travelers will embark on an adventure that will take them to the future, as well as back in time. They’ll also face off against an all-new threat that could result in hugely emotional consequences for everyone. Fans should also keep an eye out for Christopher Lloyd, who will be appearing in a guest role on the new season.

Unlike previous seasons, Season 3 will run as a binge-watching event, with all 10 episodes presented over the course of three consecutive nights. The first four episodes will air back-to-back on May 19, with three episodes each on May 20 and 21. Each batch of episodes will air from 8 to 11 p.m. Eastern on SyFy.

True crime fans may find their next Making a Murderer in this docuseries, which hits Netflix in May. The Keepers will explore the unsolved murder of nun Sister Cathy Cesnik, who taught English and drama at Archbishop Keough High School. The series will revisit the investigation and the subsequent accusations from her students that authorities covered up her murder.

The freshman season will consist of seven episodes.

Season 3 of this Tina Fey-produced comedy, starring Ellie Kemper, will be available to stream this month. The latest season of the Netflix series will follow Kemper’s Kimmy as she tries her hand at college and dating. Meanwhile, Tituss (Titus Andromedon) gives his best version of Beyonce’s Lemonade and Lillian (Carol Kane) deals with a breakup.

After months of anticipation, Showtime will finally unveil its Twin Peaks revival. Creators Mark Frost and David Lynch are back to pen and direct the project. Most of the original cast members, including star Kyle MacLachlan, will also return alongside newbies Naomi Watts, Laura Dern, and Jennifer Jason Leigh.

The season will reportedly consist of 18 episodes as Lynch filmed the series continuously off of one long script and split it into installments later. The show will air on Sunday nights at 9 p.m. Eastern.

Season 13 of ABC’s reality dating series will feature attorney and ex-The Bachelor contestant, Rachel Lindsay, as she attempts to find love among a group of bachelors fighting for her affection. As usual, Chris Harrison will serve as the host for the latest season of the show.

The Bachelorette airs on Mondays at 8 p.m. Eastern.

Season 3 will be the last for this Netflix family drama, which stars Kyle Chandler and Ben Mendelsohn. The final season will follow the formerly tight-knit Rayburns family as they struggle with their deteriorating relationships and are embroiled in dark, violent situations.

Shonda Rhimes adds yet another drama to her growing roster at ABC. Her latest project, Still Star-Crossed, serves as a sequel for William Shakespeare’s Romeo and Juliet. Set in 16th century Verona, it follows Juliet’s cousin, Rosaline (played by Lashana Lynch), who is engaged to a Montague heir against her will. Their arranged marriage is an attempt to end the feud between the two prominent families, but Rosaline is determined to find another way to end the violence.

Wade Briggs, Sterling Sulieman, Ebonee Noel, and Zuleikha Robinson co-star on the show, which airs on Mondays at 10 p.m. Eastern.

NBC is debuting this new dance competition show, featuring a judging team of well-known dancers and superstars: Jennifer Lopez (who also serves as an executive producer), Derek Hough, Ne-Yo, and host/mentor Jenna Dewan Tatum. The 10-episode series will follow as talented dancers from around the world showcase their skills in a battle to win the grand prize of $1 million.

The reality series airs on Tuesday nights on 10 p.m. Eastern on NBC.

Season 5 of Netflix’s acclaimed political drama begins streaming in late May. The new season will pick up with Frank (Kevin Spacey) and Claire Underwood (Robin Wright) as they plot to declare war on terrorist group ICO in order to distract from an article revealing their deepest secrets.

This DirecTV drama returns for its third and final season, again featuring Frank Grillo, Kiele Sanchez, Matt Lauria, Jonathan Tucker, Nick Jonas, and Joanna Going. Season 3 could see yet another fight between Tucker’s Jay and Lauria’s Ryan (who reclaimed his belt in Season 2). It will also chronicle what’s next for Lisa (Sanchez).