New ‘Archie’ TV Series Will Be Darker Than You Expect 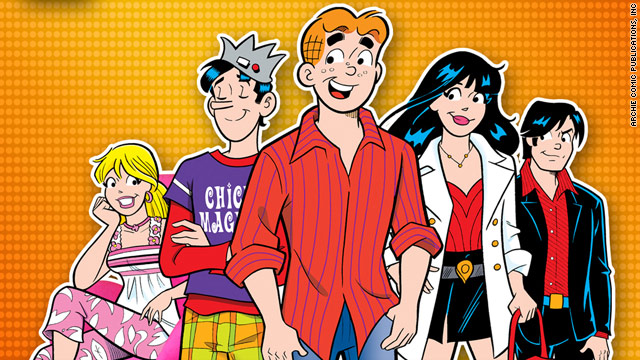 Archie, Betty, Veronica, and the rest of the Riverdale gang may soon be heading to the small screen. Fox is reportedly developing a one-hour, modern-day TV show centered on the characters from the classic comic book series.

According to Deadline, the network has handed out a script deal plus penalty to the television adaptation, entitled Riverdale. The series hails from Warner Bros. TV and well-known producer Greg Berlanti. Written by Archie Comics Chief Creative Officer Roberto Aguirre-Sacasa, the show will provide an updated take on the fictional New York town and all of its good-natured residents. But while Archie fans may assume a show centering on the comic’s squeaky-clean characters would be pretty lighthearted, it sounds like the series won’t be as tame as you might think. Per the description, the show is being pegged as a live-action drama that will offer “a bold, subversive take on Archie, Betty, Veronica and their friends, exploring the surreality of small-town life.” The series will also reportedly delve into “the darkness and weirdness bubbling beneath Riverdale’s wholesome façade.”

Clearly, viewers should expect a decidedly gloomier take on what is usually thought of as a largely cheerful, kid-friendly series. Still, the show will incorporate at least some of the longstanding storylines from the original comics. As Deadline reports, the show will largely center on the familiar love triangle between protagonist Archie Andrews, nice girl next door Betty Cooper, and the rich socialite Veronica Lodge. It will also reportedly feature the entire cast of old favorite supporting characters, such as Archie rival Reggie Mantle, best friend Jughead Jones, Josie and the Pussycats, and popular gay character Kevin Keller.

Viewers may be skeptical about bringing the series to the small screen, particularly given the darker spin. But the show seems to have a solid creative team behind it, with the most notable member being Berlanti. The busy producer has had more than his fair share of experience bringing iconic comic book figures to life. He developed two well-received superhero series for the CW, Arrow and The Flash, the latter of which was recently picked up for a full season order. He is also currently in the process of developing a TV drama based on the DC character Supergirl, which CBS gave a series commitment to earlier this year. Outside of the comic book sphere, Berlanti is working on supernatural procedural The Things They Left Behind at CBS, based on a Stephen King story, and FBI thriller Blindspot at NBC.

Meanwhile, Aguirre-Sacasa has prior experience working with Fox, having spent three seasons as a writer for Glee. Perhaps accounting for Riverdale’s new dark undertone, the Archie Comics executive also has a long history of working with horror material. The writer has previously penned remakes of Carrie and The Town That Dreaded Sundown, and also wrote the upcoming Broadway musical adaptation of American Psycho.

“Greg and Roberto are experts when it comes to making great, compelling television and bringing beloved comic book creations to life on the screen. They’re the perfect team to welcome viewers to Riverdale,” Archie Comics CEO Jon Goldwater, who is also serving as a producer on the project, said.

Comic book TV shows are only continuing to gain popularity, so the timing of the project isn’t surprising. Berlanti’s superhero projects have been widely successful so far, as has Fox’s other comics-related series, Gotham, but NBC’s Constantine recently premiered to only tepid reviews. We’ll have to stay tuned to see if Fox’s bet on Archie will end up paying off.