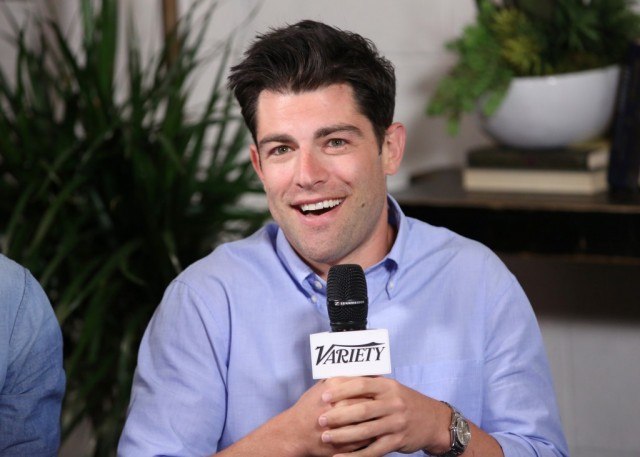 New Girl star Max Greenfield is about to show off his scarier side. The actor is leaving comedy behind and checking into the upcoming season of American Horror Story: Hotel.

AHS creator Ryan Murphy announced Greenfield’s official addition to the cast on social media earlier this week. Though specific details regarding Greenfield’s character have not been revealed, Murphy did tease that the actor will find himself in a pretty ominous scenario. “This October, Max Greenfield (like you’ve never seen him) is checking in to the hotel….but not checking out. #AHSHotel,” he wrote on Twitter. Whether that means his stay within the hotel will be permanent or that he’ll reach the end of his days there pretty quickly remains unclear (although my money’s on the latter). Either way, it’s obvious that his new digs will very different – and far more dangerous – than the cushy loft he inhabits on Fox’s New Girl.

As usual, Murphy has kept plotline details for AHS: Hotel under tight wraps. What we do know is that the fifth installment of the scary anthology series will move production out of Louisiana (where it has filmed for the past two seasons) and back to Los Angeles. The series will take place in — as you might have guessed — a hotel run by Kathy Bates’ character. Paulson will likely play the main villain, as Murphy has previously described her character as “the baddest bad girl of them all.”

Other than that, all the other rumored story lines are only speculation at this point. Murphy previously confirmed that the Top Hat motif in season four was a massive “arcane” hint about season five – possibly indicating that dancing or musical elements, a la the 1935 flick Top Hat, will play a part. That remains to be officially corroborated, although it’s worth noting that many of the current cast members are known to be skilled dancers (and obviously, some singers). Viewers will have to stay tuned to see if AHS: Hotel will boast any Glee-style factors.

For Greenfield, the upcoming season of AHS will signify a marked departure from the actor’s best-known role, playing Schmidt on the sitcom New Girl. He has also recently made appearances in The Mindy Project and last year’s They Came Together.

Though Greenfield may be known for his comedic gigs, the actor has been expanding into other genres lately. He co-starred alongside Aubrey Plaza and Maggie Grace in 2014’s About Alex. Next year, he’ll not only be trying out horror with AHS: Hotel, he’s also co-starring in two big screen dramas: Hello, My Name Is Doris, which premiered at South by Southwest in March, and The Big Short, which also features Brad Pitt, Ryan Gosling and Christian Bale and is due in 2016.

AHS: Hotel is one of three shows from Murphy set to premiere in the 2015-2016 season. Scream Queens kicks off in September, while American Crime Story begins midseason. AHS: Hotel will return to FX in October.