Shonda Rhimes has taken on hospitals, courtrooms, and the White House. Now, the force behind some of our favorite television dramas is giving us an inside view into a firehouse. In the second Grey’s Anatomy spin-off (the beloved Private Practice was the first), Rhimes will be focusing on the emergency responders and firefighters who work hand in hand with the doctors on Grey’s.

The 10-episode first season is set to premiere next year, and according to the official description, “The show revolves around the brave men and women who risk their lives and their hearts both in the line of duty and off the clock.”

Though we don’t have all of the details on the new Grey’s Anatomy spin-off, entitled Station 19, we do know a few things that fans can look forward to seeing — including a fan favorite character from Grey’s (No. 5).

1. Shonda Rhimes has been working on the series forever

This new Grey’s Anatomy spin-off has been in the works since Private Practice ended over on ABC almost five years ago. However, Rhimes wanted to make sure the show premiered at the right time. It looks like that time has finally come.

The discussions have been going on for a while — earlier than this season. It was up to Shonda to tell us when she had inspiration for something that made sense, which was pretty recent. We talked about the elements of Grey’s Anatomy that seem to resonate with the audience — emotional storytelling, deep human connection, a high-stakes environment and strong and empowered women — and those elements will carry over to the spinoff.

Next: A very familiar face.

2. The show’s female lead is a very familiar face

We don’t even know her character’s name yet, but we’re already excited to see her return to TV.

Next: Crossovers are coming!

3. Get ready for some crossovers 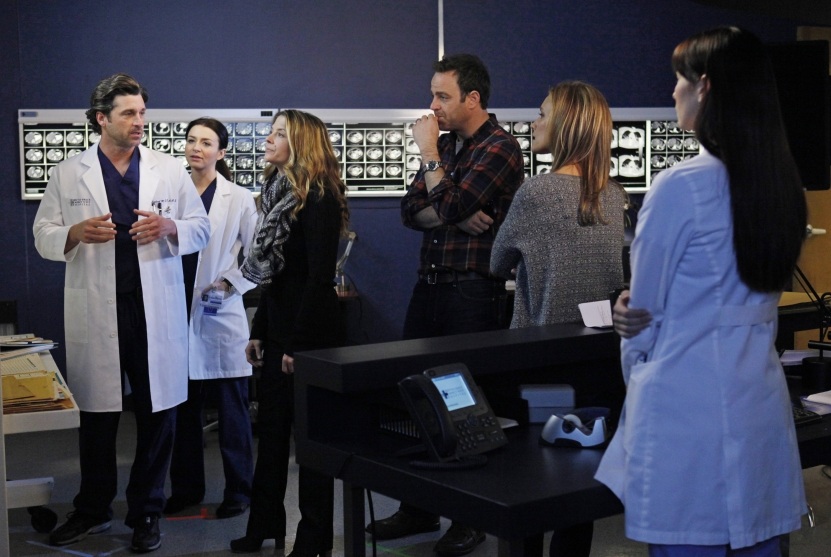 Characters from Grey’s Anatomy and Private Practice in crossover episode, “You Break My Heart” | ABC

If you recall the days of Private Practice, then you probably remember there were a ton of crossovers between the series and Grey’s Anatomy.

Grey’s actor Jason George told TV Line, “There will definitely be crossovers between Grey’s and the spinoff show … I think kind of along the lines of what happened with Private Practice and Grey’s.”

Showrunner Stacey McKee reinforced this idea, saying there was “a lot of potential for cross-pollination,” noting that they would be excited to have crossover with the characters or places from the flagship in “small ways or big ways.”

Next: How does Hamilton play into all of this?

4. The spinoff will be getting some Hamilton flair

#Woot #KatyPerry I'm grateful, happy and honored to be joining Shondaland as a firefighter! (Which I should practice considering Cali is on fire right now?) #ThisStateIsOnFiiiiiiire #NailedIt #AliciasKeyToMyHeart It's a Spinoff of Greys Anatomy. Watch it…Or don't. ‍♂️#AllLoveAllDay #MyNameIsOak #Stage2Silver #FaLaLaLaLa

According to Deadline, Onaodowan will star as a firefighter named Dean.

Next: A fan favorite we can’t wait to see!

5. Dr. Ben Warren is headed to the spinoff!

Oh, and , um,…this is happening… ….the #GreysAnatomy universe is expanding…

Grey’s fans, get excited! You’ll be seeing Ben Warren at the center of the new spinoff.

George, who plays Dr. Ben on Grey’s told ET Online, “We’ve already established that Ben is a little bit of an adrenaline junkie, He likes his action. He’s calm under pressure.”

We’re not exactly sure how this is going to work since Ben is married to Miranda Bailey (Chandra Wilson) on Grey’s, but we’re excited to see how it all plays out.

Next: You’ll probably recognize this actor, too!

Excited. Thankful. Can't wait to wear the suspenders, very nervous about finding a helmet that fits.

Jay Hayden, who started on Rhimes’ series The Catch, has also joined the Grey’s spin-off. Though his role hasn’t been revealed yet, it’s great to see Rhimes is keeping things in the family.

Next: This actress will also be wielding a firehose.

7. This Marshall actress will also be wielding a firehose

You’ll probably recognize Barrett Doss from her work in the film, Marshall, about the life of late Supreme Court Justice Thurgood Marshall.

Doss will star on the new ABC drama as a firefighter named Victoria.

Next: The ladies continue to slay.

8. The ladies are slaying 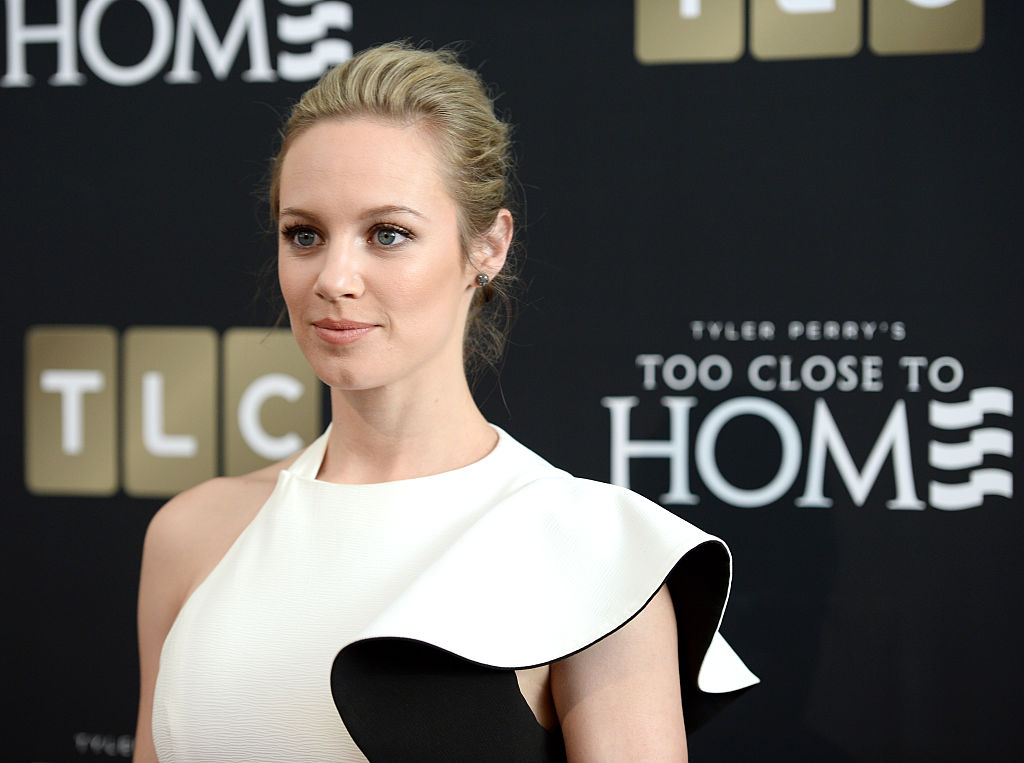 Rhimes has been known to have women at the center of her series, and that continues to be the case with this new firefighter show.

Along with Ortiz and Doss, Heroes alum Danielle Savre will also be joining the show.

Next: Meet the firehouse chief. 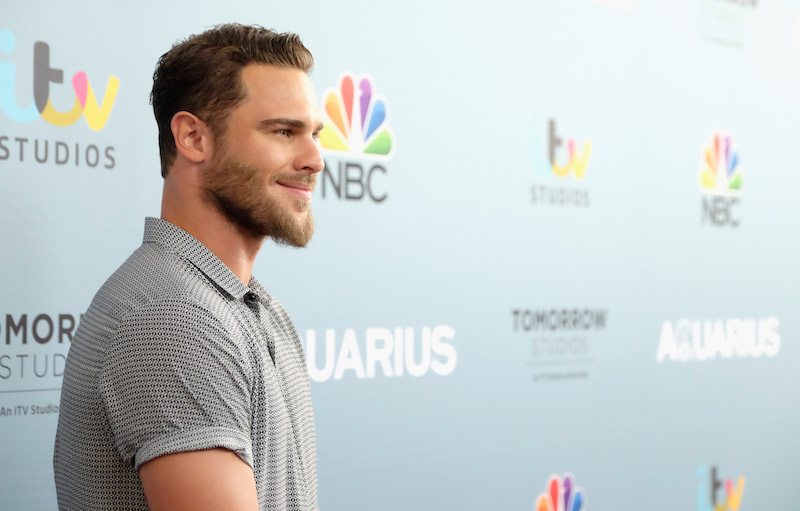 Fans of The Flash and Friday Night Lights will be thrilled to learn that the gorgeous Grey Damon will be playing the firehouse chief — Lieutenant Jack.

10. It will premiere in March

ABC recently released a trailer for the first 10-episode season of Station 19, seen above. The clip gives a sneak peek of the drama, introducing a group of firefighters — from the captain down the ranks to the newest recruit — in their personal and professional lives.

According to McKee, the spin-off will exist in the same universe as Grey’s, with the new series castmembers expected to be introduced in an episode of the flagship show sometime this season. According to The Hollywood Reporter, the showrunner says the new spin-off is “Grey’s adjacent,” joking Fire Station 19 is three blocks away from Grey Sloan.