New on Netflix: ‘Rogue One’ and Other Awesome July 2017 Releases

With a new month comes a whole new batch of titles to Netflix’s instant streaming collection. Over the coming weeks, the streaming service is adding a slew of movies and TV shows, including several freshman original series, some notable documentaries, and its latest Disney exclusive, Rogue One: A Star Wars Story. Here’s a look at all of the releases that will be new on Netflix in July. 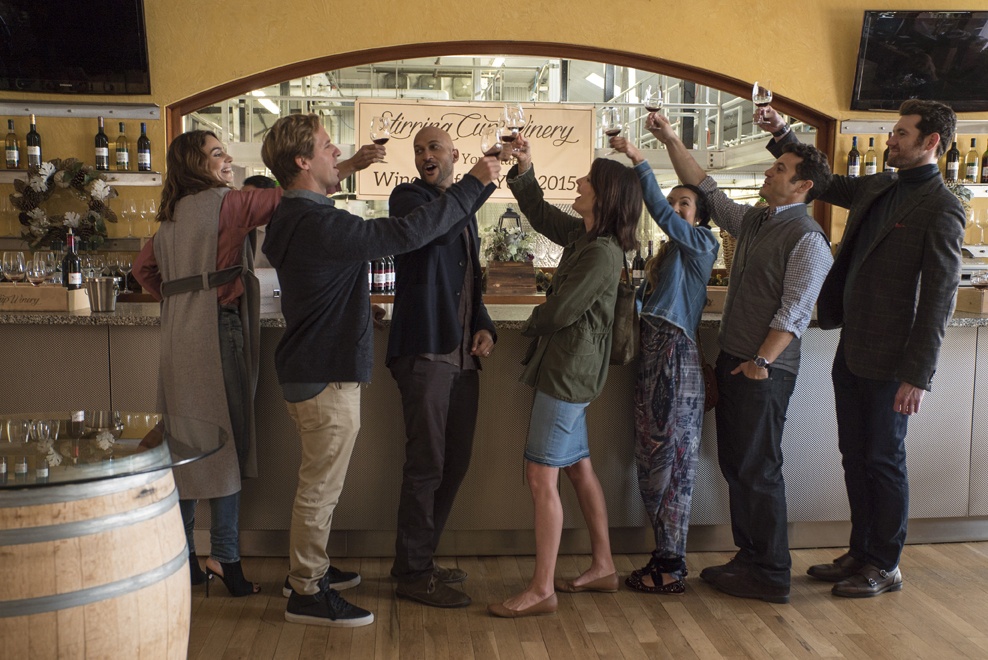 Dawn of the Croods: Season 4: A prequel series to the 2013 animated film The Croods.

Degrassi: Next Class: Season 4: Students encounter a variety of high school issues in this  teen drama, set in the Degrassi universe.

Friends From College: Season 1: A group of friends from Harvard, facing down their forties, balance adult life with nostalgia for the past.

Ozark: Season 1: Jason Bateman plays a Chicago-based financial advisor who secretly relocates his family to the Missouri Ozarks when his dealings with a drug cartel go awry.

The Adventures of Puss in Boots: Season 5: The famous cat protects the city of San Lorenzo, a mythical land invisible to the outside world. 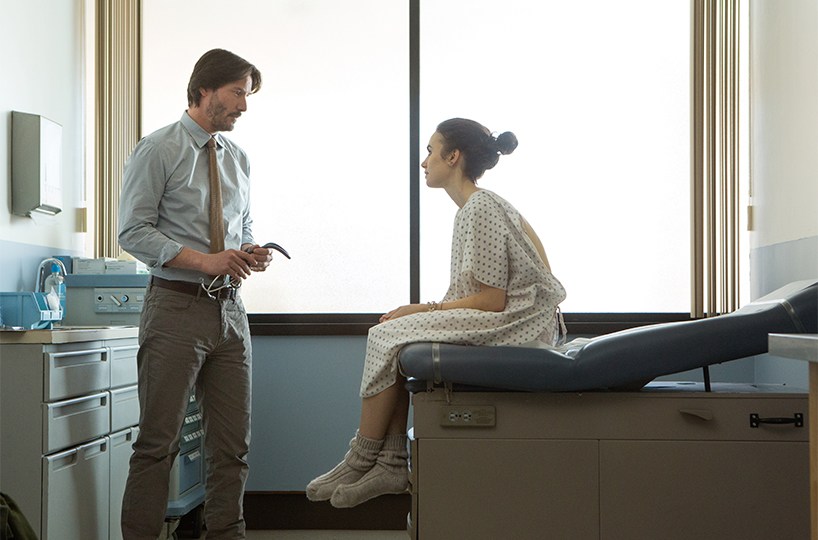 To The Bone | Netflix

To the Bone: A 20-year-old enters a group recovery home to get help from an unconventional doctor in a last-ditch effort to battle her severe anorexia.

Buddy Thunderstruck: The Maybe Pile: Champion truck-racing dog Buddy and his best friend, ferret mechanic Darnell, paw through the “maybe pile” and test out a bunch of crazy stunts.

The Incredible Jessica James: Fresh from a break-up, an aspiring playwright (Jessica Williams) in New York strikes up a new relationship with a recently divorced man. 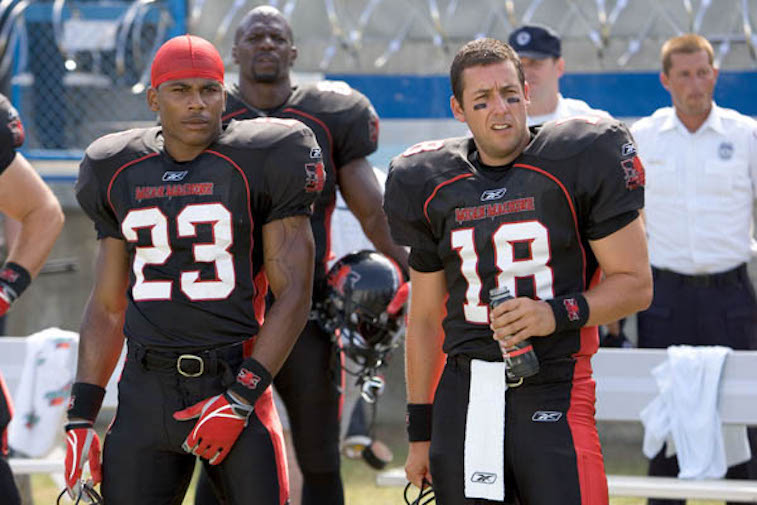 Boat Trip: Two straight men mistakenly end up on a “gays only” cruise.

Delicatessen: An apartment owner’s daughter falls in love with the building’s new handy man in this post-apocalyptic black comedy.

Emma: While working as a matchmaker for friends and neighbors, a young woman in rural 1800s England nearly misses her own chance at a relationship.

The Longest Yard: A disgraced NFL quarterback lands in jail and ends up quarterbacking a crew of inmates in a game against a team of prison guards.

Jackass: Number Two: Johnny Knoxville, Bam Margera, and Steve-O star in the sequel to Jackass: The Movie, based on the MTV series.

Are We There Yet?: Attempting to win the favor of the newly divorced woman, Nick (Ice Cube) offers to accompany her children on a trip from Oregon to Canada.

Are We Done Yet?: Newlyweds Nick and Suzanne decide to move to the suburbs, but their idea of an idyllic house is put in jeopardy by an eccentric contractor.

Code Name: The Cleaner: A man awakes one morning with a corpse in his bed and a briefcase full of cash and no recollection of who he is or how he got there.

Best in Show: A colorful group of characters prepare to take part in one of the greatest events of their lives — the Mayflower Dog Show.

Matchstick Men: A depressed con artist with obsessive-compulsive disorder finds his latest job further complicated by the arrival of his teenage daughter.

Police Academy: A group of oddball characters enlist to join the police force after the mayor of a crime-ridden city loosens the restrictions on entering the academy.

Speech & Debate: An unlikely trio set out to find a common truth and revive a defunct school club in order to make their voices heard.

Butter: An ambitious Iowa woman and an adopted young girl find themselves pitted against each other in their town’s annual butter-carving contest.

Bad Santa 2: A man, fueled by cheap whiskey, greed, and hatred, teams up with his angry sidekick to knock off a Chicago charity on Christmas Eve.

Railroad Tigers: A railroad worker and his ragtag group of freedom fighters during the 1940 in China ambush a heavily armed military train filled with desperately needed provisions. 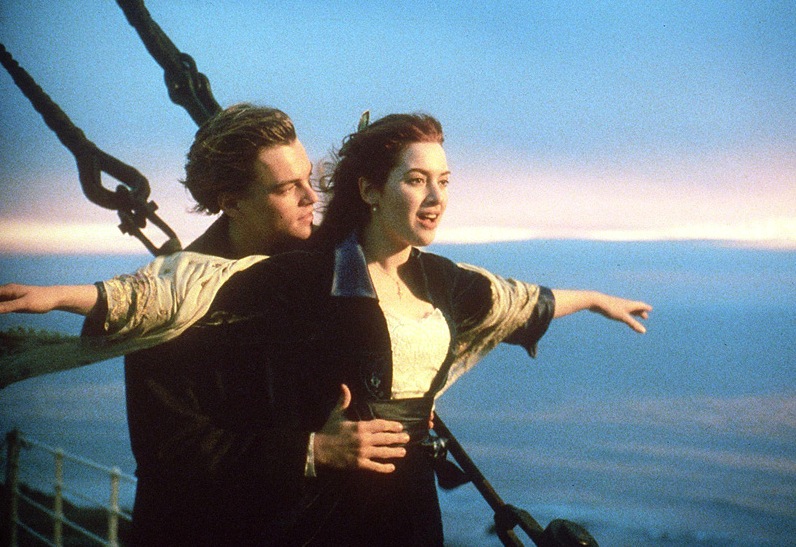 Titanic: An epic romance set against the ill-fated maiden voyage of the R.M.S. Titanic.

Liar’s Dice: A young woman from Chitkul village and her child embark on a journey to search for her missing husband.

Last Night: The fate of a happily married couple rests on how each responds to temptation during a night apart.

Punch-Drunk Love: A timid and shy man leads a lonely, uneventful life until several events shake up his mundane existence.

Dad: A businessman reevaluates his own life as he cares for his father after the death of his mother.

The Astronaut Farmer: A rancher who once trained to be an astronaut decides to fulfill his lifelong dream of building a rocket and piloting it into space.

Proof of Life: The wife of an American engineer in a Latin American country hires a professional negotiator to navigate the release of her kidnapped husband.

Spawn: The Movie: A supernatural superhero horror film based on the comic book character of the same name.

Taking Lives: A female detective chases down a serial killer who impersonates his victims’ identities.

Diamond Cartel: After making a deal to purchase the Star of East Diamond, a man is robbed by his former lover and her new man.

1 Mile to You (Life At These Speeds): When a teenager loses his girlfriend in a tragic accident, he chases her memories by running and winning races for his new coach.

The Void: A police officer, patients, and staffers are trapped inside a hospital by cloaked, cult-like figures.

Horse Dancer: When a girl is removed from the Olympic gymnastics team due to her attitude, she is sent to the Black River Horse Camp for the summer to learn the value of friendship.

Lion: A five-year-old Indian boy gets lost on the streets of Calcutta in this 2016 biographical film.

Victor: In the early 1960s, Victor Torres and his family moved to Brooklyn from Puerto Rico in search of a new life.

Munroe Island: A wayward but loving teenager and his father come to their ancestral home on Munroe Island.

After the Reality: A man who was once on a Bachelorette-style reality show has his life thrown into turmoil after the death of his dad. 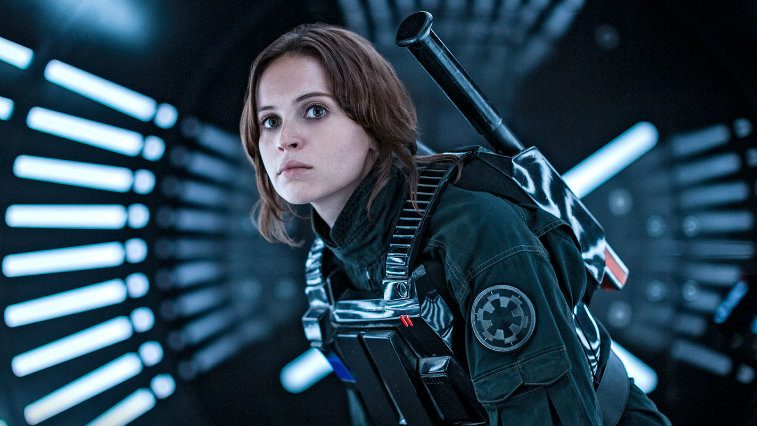 Free Willy: Jesse, a maladjusted orphan, forms a bond with Willy, a young Orca whale who has been separated from his family.

E.T the Extra-Terrestrial: A gentle alien befriends a troubled young boy after getting stranded on Earth.

Zip & Zap and the Marble Gang: A group of rebellious kids at a boarding school use a map to search for hidden treasure.

A Cowgirl’s Story: A girl goes to live with her grandfather because both of her parents are fighting as members of the Army in the Afghanistan war.

Rogue One: A Star Wars Story: A group of rebels embark on a mission to steal the plans for the Death Star, setting off the events of the original Star Wars films.

Taking Earth: Aliens invade Earth in an effort to find the single human boy who holds the power to destroy them. 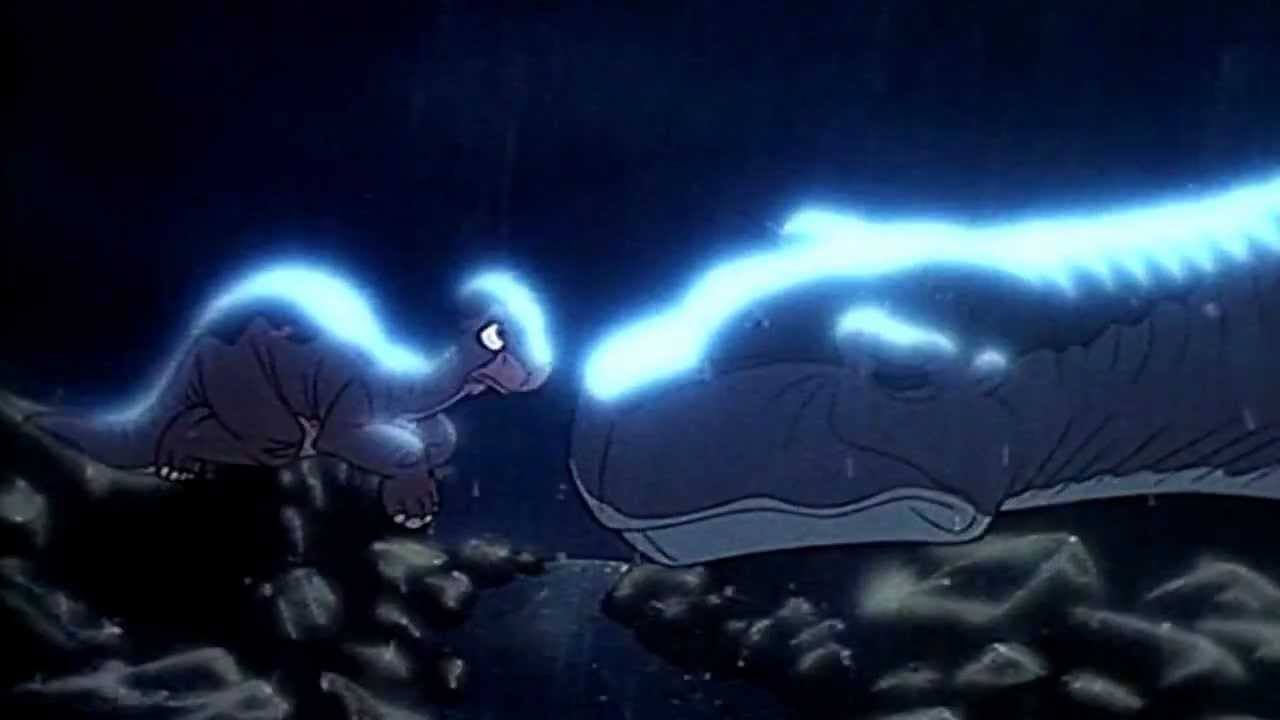 The Land Before Time | Universal Pictures

Madagascar: Escape 2 Africa: A group of zoo animals try to return to New York, but crash land on the African continent, where they encounter members of their own species for the first time.

The Land Before Time: A young orphaned plant-eating dinosaur sets out to find legendary Great Valley, meeting a variety of new friends along the way.

The Land Before Time II: The Great Valley Adventure: The five dinosaur friends make a hideaway, in search of some adventure in their safe and peaceful valley.

The Land Before Time III: The Time of the Great Giving: A nearby meteorite crash blocks off the dinosaurs’ water supply, causing a drought. 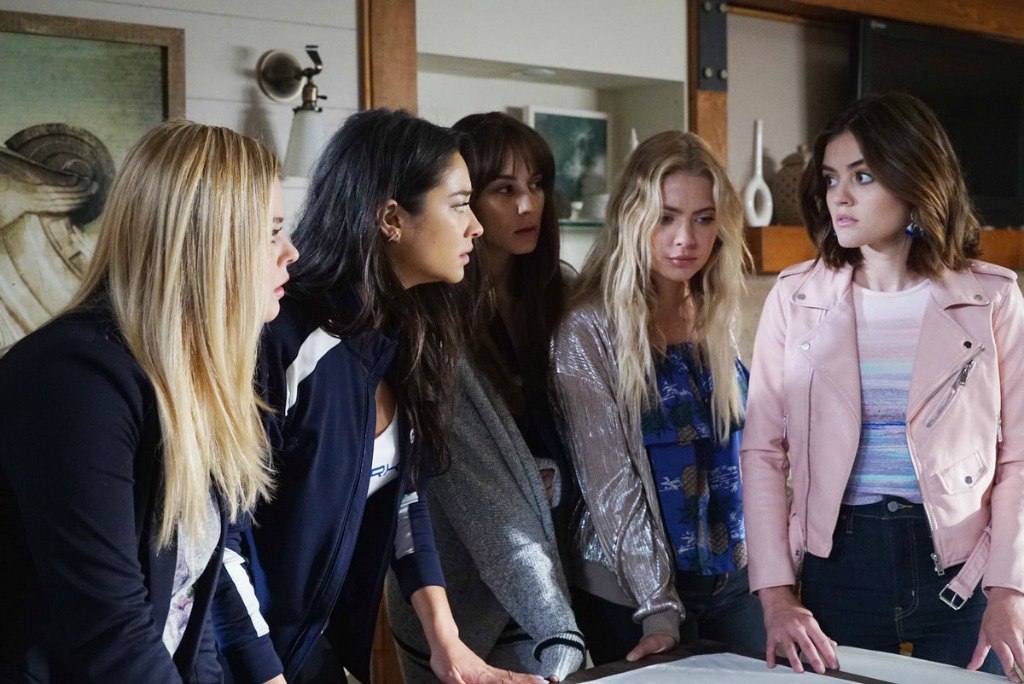 The Originals: Season 4: The fourth season of the CW’s spinoff to The Vampire Diaries.

Deep Water: Season 1: A four-part miniseries based on the real-life hate murders of dozens of gay men in Sydney’s eastern suburbs beaches in the ’70s and ‘80s.

Offspring: Season 6: The Australian drama picks up 18 months after the events of Season 5.

Unriddle II: A sequel to Unriddle, one of the first sequels in Mediacorp dramas in nearly 10 years.

World at Your Feet: Season 1: A Singaporean series revolving around two soccer teams vying for the Dragon King Cup.

iZombie: Season 3: The third season of The CW’s comedy drama based on the comic book series of the same name.

West Coast Customs: Season 4: The series follows the staff of a car-customizing shop in Corona, California and their clients’ project vehicles.

Girlfriends’ Guide to Divorce: Season 3: The Bravo drama follows a best-selling author of a self-help book series who struggles with the repercussions of her own separation from her husband.

Pretty Little Liars: Season 7B: The last 10 episodes of the final season of Freeform’s mystery drama, following five friends desperately trying to unveil the identity of their stalker and harasser, A.D.

Last Chance U: Season 2: A docuseries taking place at East Mississippi Community College where former Division I players come for a second chance at their football dreams.

The Worst Witch: Season 1: A young girl at a prestigious witch academy can’t seem to do anything right and is picked on by classmates and teachers.

Being Mary Jane: Season 4: Gabrielle Union stars as Mary Jane Paul, a wildly successful TV reporter who is searching for love in all the wrong places. 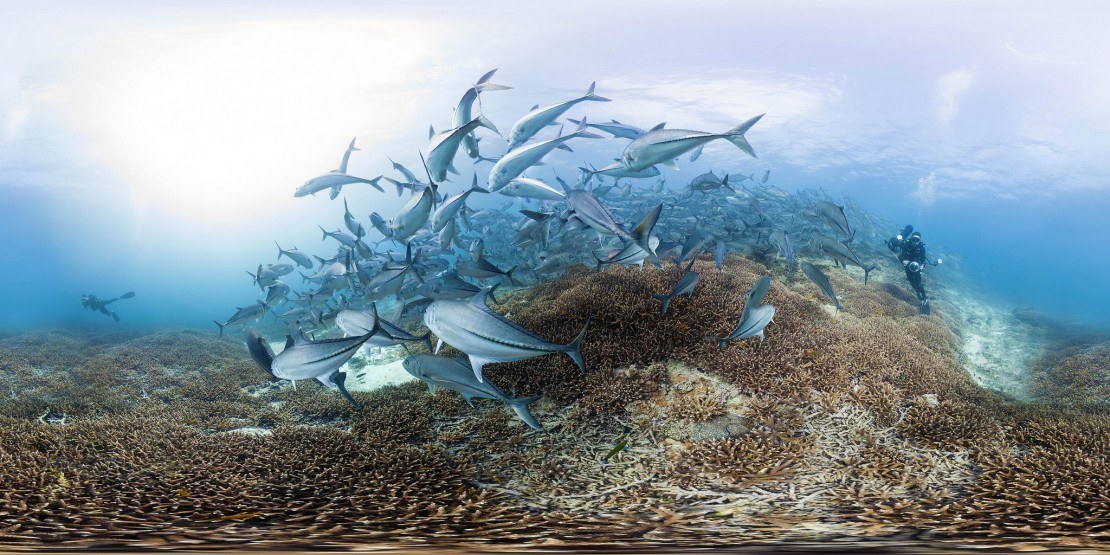 The Truth Is In The Stars: William Shatner interviews physicist Stephen Hawking, examining the impact of Star Trek on science and space exploration.

Out of Thin Air: A documentary recounting the complex story of Iceland’s most notorious murder case.

Extraordinary: The Stan Romanek Story: A man at the center of the world’s most documented extraterrestrial contact story recounts his claims.

Chasing Coral: A team of divers, photographers and scientists set out on an ocean adventure to discover why the coral reefs are disappearing.

Fittest on Earth: A Decade of Fitness: Elite athletes compete in the 2016 Reebok CrossFit Games, a grueling five-day, 15-event test of fitness and endurance. 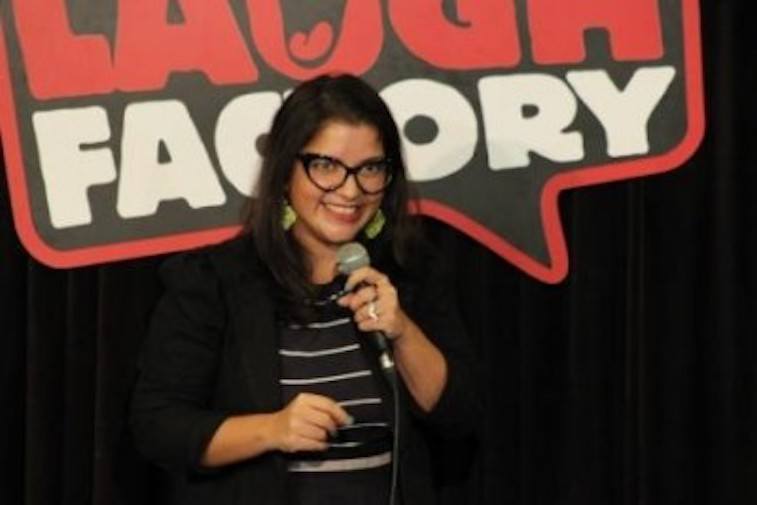 Aditi Mittal: Things They Wouldn’t Let Me Say: One of the first women to perform stand-up comedy in India, Aditi Mittal opens up about life as a woman in her country in this special.