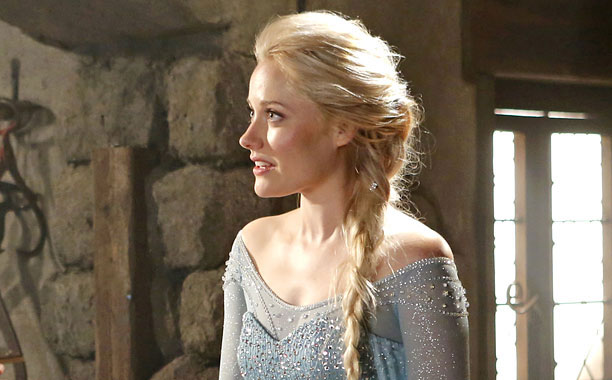 Once Upon a Time’s much-buzzed-about season four premiere is just weeks away and ABC is finally giving fans a better glimpse at to what lays in store for Storybrooke and its fairy tale inhabitants.

As viewers of the show already know, the upcoming season is set to feature a (now highly anticipated) Frozen-themed storyline, featuring the Disney flick’s beloved characters, Elsa (to be played by Georgina Haig) and Anna (played by newcomer Elizabeth Lail). Although showrunners Edward Kitsis and Adam Horowitz did confirm that Elsa would not have a love interest in the upcoming season and also cast several other Frozen characters, not many other details surrounding the story arc have been released.

But that’s not the only plotline that’s been kept under wraps. Fans have also been left in the dark about what to expect for favorite returning characters as well — until now. ABC has just released a new, extended synopsis about the upcoming season that finally provides some juicy insights into both the new Frozen storyline and the original Storybrooke characters.

One of the biggest lingering questions fans were left with at the end of last season was: will Emma and Hooke be together at last? According to the details released by the network, it seems romance is still blossoming between them. However, it’s not exactly smooth sailing, as they are “two damaged people” who have problems with commitment.

Meanwhile, Emma’s parents, Mary Margaret and David, are looking forward to spending more time with their new baby, Prince Neal. But the experience is tainted by the guilt they still feel over not being able to provide the same kind of childhood for Emma, who was sent out of their fairy tale land and into the real world in order to escape the curse cast by Regina the Evil Queen.

As fans know, the Evil Queen has not been so evil in recent seasons, with Regina turning over a new leaf in an effort to build a better relationship with both Henry and her new love interest, Robin Hood. That’s likely to change in season four. After Robin’s wife, Marian, returned in the last season, the romance between he and Regina could come to an end, causing her to revert to her old malevolent ways.

But she’s not the only evil character to suffer relationship problems in the upcoming season. Newlyweds Belle and Rumplestiltskin seemed to have reached their own happily ever after at the end of season three, but Rumple is still keeping one very important secret from his new wife: the dagger that he reportedly entrusted her with to control his dark powers is a fake and he still possesses the real one. It won’t be long before Belle discovers she’s been duped and their relationship once again takes a hit.

Of course, all of the characters will be taken aback by the surprise appearance of Elsa. Those wondering what the connection between Elsa and Storybrooke is may now have their answer. According to the synopsis, at least some of Elsa’s backstory will be told through flashbacks — including one that shows her getting imprisoned by Rumple at some point in her past. It’s not yet clear what the circumstances were, but it seems viewers could be in for an explosive reunion. Frozen fans hoping to see a non-animated version of Arendelle are also in luck, as the city will reportedly play a big role in the storyline.

The Frozen gang aren’t the only new characters stirring up drama in the town this season. Will Scarlet (Once Upon a Time in Wonderland’s Michael Socha), a former member of Robin’s band of Merry Men, has finally found his way to Storybrooke after a long period of traveling. But upon his arrival, he finds himself caught up in the town’s happenings.

Given the fresh slew of characters soon to enter Storybrooke and the excitement surrounding the Frozen arc in the upcoming season, it looks as if season four could be a big one for Once Upon a Time. The series premiere will air on September 28 on ABC.