There’s a New Super Mario Movie in the Works. Let’s Take a Look Back at Nintendo’s First Attempt

For most people around the world, Nintendo is synonymous with it’s most popular brand: Super Mario Bros. The red-and-green-clad plumbers that fight dinosaurs and race to save a Princess and her mushrooms have transformed from 8-bit graphics to video game sensations and even movie stars over the last 30-plus years. To say that Mario put Nintendo on the map would be an understatement. Truly, Nintendo is nothing without Mario, Luigi, and the gang.

For this reason, Nintendo is extremely protective of its most profitable baby. Although there has never been a true lull in the popularity of their games, we’ve seen a spike in interest in recent years regarding Mario. So much so, that Nintendo recently announced a brand new Mario Bros. movie. Let’s take a look at what’s on tap with the upcoming film, as well as other Mario content and the forgettable 1993 live-action Mario movie.

A collaboration between Nintendo and Illumination

Fans might have an interesting movie to look forward to. | Nintendo

There had been rumors for several years that a Mario movie may be coming back to the silver screen, and Nintendo CEO Tatsumi Kimishima said in 2016 that he hoped it would happen. Fast forward to February 2018, and Nintendo was announcing a partnership with Illumination Entertainment Group to do just that.

That’s the same studio responsible for Minions and Despicable Me, so it appears our favorite Italian plumbers are in safe hands. The early speculation is that the movie is still a while away, with 2020 being thrown around as the premiere date. No writer or director have been announced, and the assumption would be that the film will be animated – unlike the 1993 version. But more on that in a moment.

The most recent Mario-related success for Nintendo is the mobile game, Super Mario Run. It’s similar in premise to so many of the Mario games that came before it, with 2-D side-scrolling action. The one trick is that Mario is constantly moving toward the right, not under complete control of the player. Mario runs while the player can make him jump by tapping the screen. This allows him to hit blocks, jump over ditches, and kill the baddies.

Next: A blast from the past.

Nintendo has had a lot of success with the recent Nintendo Switch, a new gaming system with features that allow players to dock with their HD television and play their games wherever they are. There are other great gameplay features as well, including online play, but much of it isn’t all that innovative. At any rate, the Switch has been extremely popular. It even had a fun, hidden Easter egg to serve as a tribute for a former CEO.

It isn’t just the new Mario games that have been a boon to Nintendo, either. The company has capitalized on the nostalgia of children of the 90s, bringing out the Nintendo Classic and Super Nintendo Classic. The latter comes standard with 21 SNES games — including the previously unreleased Starfox 2 — but can be found for sale second-hand with as many as 300 games loaded to the hard-drive. But we certainly don’t recommend doing anything illegal!

Next: Remember the animated series?

The live-action movie came on the back of the success of Super Mario World, which released on the Super Nintendo late in 1990, but also the animated series. But there was also the Super Mario Bros. Super Show, which featured live-action segments to start and then cut-ins with the cartoon adventures of Mario, Luigi, Toad, and the Princess.

A handful of years later, one season of The Adventures of Super Mario Bros. 3 was aired. Many of the same voice actors returned, and the show was well-received among young fans. The show featured sound effects that were reminiscent of the video game, and sent the Mario Bros. on a variety of adventures over the 26-episode run. That paved the way for the Super Mario Bros. movie, created by Walt Disney Studios.

Next: Trying to forget the live-action film. 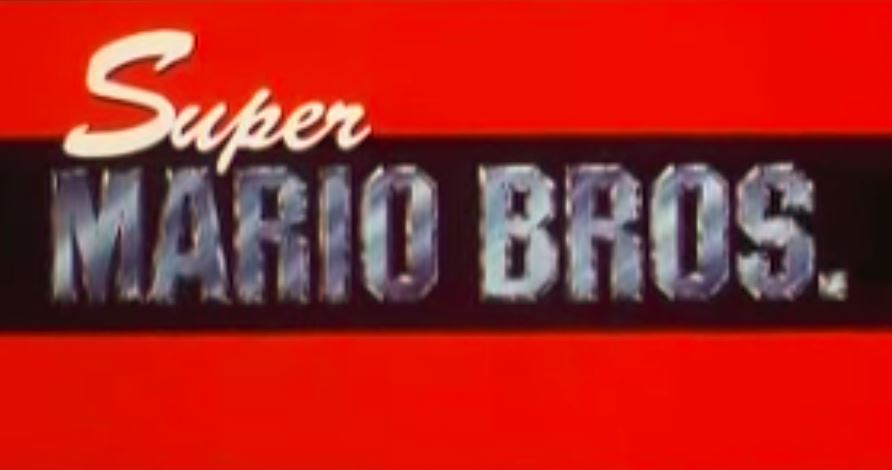 Unfortunately for Mario fans, the Super Mario Bros. movie was nothing like the game. It’s understandable that the translation from SNES to the silver screen would lose some of what makes the Mario Bros. what it is, but this went a whole step further. The original script that attracted such high profile names as Bob Hoskins, John Leguizamo, and Dennis Hopper was supposedly very good, but the studio came in with some major, head-scratching changes before filming.

What we were given was a trailer that didn’t resemble the Mario Bros. one bit, creating major skepticism among fans. Then, their worst fears were confirmed when the movie was released. Gone were Goombas, Turtles, the Koopa Kids, and Bowser – at least as we know them. They were replaced with tiny-headed green guys, a dystopian Manhattan crawling with fungus, and hypochondriac King Koopa. So, so very weird.

Next: It didn’t go over well with fans and critics.

The movie did not earn good reviews. | Buena Vista Pictures

If you’re thinking this is just an issue with a handful of adults complaining about a movie made out of video game characters being targeted toward kids, you would be wrong. Even kids didn’t really like this movie. Super Mario Bros. currently holds a score of 15% on Rotten Tomatoes, and only 28% marked that they liked the movie. Then there’s this, from New York Times writer Janet Maslin back in ’93.

Eleven-year-old boys, the ideal viewers for this vigorous live-action comic strip, will no doubt be impressed with the expense and energy that have gone into bringing “Super Mario Brothers” to the screen. Other viewers may wonder how they came to be watching a film about parallel universes, punitive devolution, creatures who eat grilled salamanders on hot-dog rolls, and one memorably disgusting character who has been transformed into a ball of slime.

Maslin was kinder than most movie-goers. While Super Mario Bros. spent over $42 million in production, the movie grossed less than half of that – right around $20 million. Even though the film ended on somewhat of a cliffhanger, intending to lead into a sequel that seemed like it could’ve been a sure thing, that second movie was never produced.

Next: How not to fail at video game movies.

Will the new movie be more like the game?

We sure hope the movie is more like the game. | Nintendo

The biggest question that Mario fans of a certain age will be asking is, how will we be sure that a new Mario Bros. movie won’t recreate the sins of the past? Although video game movies are looked upon with a skeptical eye in general, it’s not unheard of for some to find success. Mortal Kombat, Tomb Raider, and Final Fantasy all were hits among their fans, even if they all had flaws.

The secret to success with a future Super Mario Bros. movie has to be tying it to the original game. That’s what adults remember from their youth, and the newer generation of Mario fans have been treated to games with the same characters. Super Mario Bros. Wii has the same Goomba, Turtle, and Koopa characters as the originals. Given what happened to the first Mario Bros. movie, you can bet that Nintendo wouldn’t be allowing any new movies if they weren’t positive these mistakes wouldn’t be repeated.