With less than two months to go until the theatrical release of Thor: Ragnarok, Marvel continues to tease us with new bits of information. In September 2017, we got a new teaser and promotional materials, and it’s time to dissect it all.

Tickets are already available for purchase for the flick, for those who are already on board. If you’re not yet in the know, here’s a look at what we’ve just learned.

Hela, the Goddess of Death, has arrived, and she has plans to bring about the end of days. So it’s up to Thor to get together a ragtag group in order to defeat her and save Asgard.

In the teaser, Valkyrie asks Thor, “This team of yours, has it got a name?” The God of Thunder stammers his reply, “Yeah it’s called the — the Revengers.” Valkyrie isn’t exactly impressed, and he ultimately decides they don’t need a name.

A bright and bold look 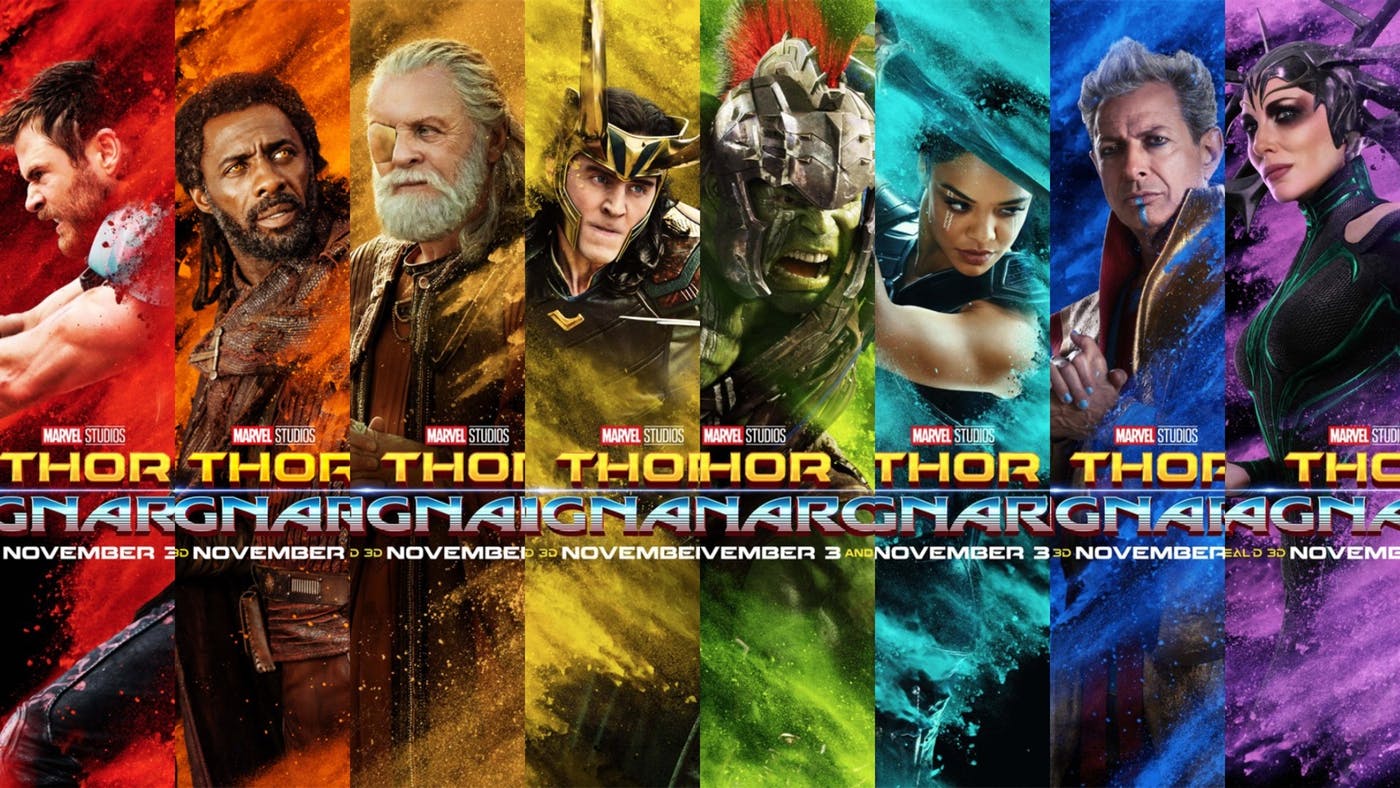 Ragnarok looks like no other Marvel Cinematic Universe film so far, with a flashy ‘80s look and sound. This was further exemplified in the new promotional posters, which showcase seven of the main characters, each in a different color of the rainbow.

As the rainbow is a recognized symbol of the LGBT+ community, Twitter user @thatsafakelaugh tweeted an image of the posters side by side. Tessa Thompson, who plays Valkyrie, chimed in, retweeting this and adding “get into it” and two rainbow emojis.

Speaking of Thompson, she and Cate Blanchett (who plays Hela) have been getting more and more screen time in the teasers and trailers we’ve seen — and costar Mark Ruffalo couldn’t be happier.

Ruffalo, who plays Bruce Banner (aka the Hulk) in the film, spoke proudly about Ragnarok’s female leads. He said, “It is great that we have Blanchett and Thompson, these two amazing, powerful, strong, beautiful, intelligent women, playing these two important, integral characters in this movie.”

If you recall, the last trailer depicted Hulk taking on Surtur. A little digging reveals that Surtur is a fire demon, who was a big part of Ragnarok in the comics.

This time around, we see Thor himself up against Surtur. Renowned voice actor Clancy Brown provided vocals for the villain.

It’s the end, but also kind of a beginning

Thor with his winged helmet | Marvel

As previously mentioned, Ragnarok is a departure from all other MCU entries, including the other two films featuring Thor. This is purposeful, says director Taika Waititi, despite the fact that the flick will close out the trilogy.

“I’ve seen the other films and I respect them a lot. But I can’t spend too much time thinking about this as a threequel,” Waititi said. “Because then I’ll get tied up too much in respecting what went before, and respecting what’s gonna come after. It just, for me, has to be a standalone thing. [It] can be the only time I do this.

With all of the hype around the character posters, as well as the exclusive IMAX poster shared last week, Waititi decided to contribute his own design. He tweeted out this hilarious image, adding “My rejected poster design.”

If you’re not familiar with the show, Fraggle Rock was a kid’s TV program featuring Muppets that aired from 1983 to 1987. Get it — Ragnarok, Fraggle Rock? According to Comicbook.com, there may also be an even deeper connection between the projects than just wordplay.

No MCU film would be complete without a Stan Lee cameo, and the former Marvel Comics publisher is already speaking about his small part in Ragnarok.

At Wizard World Nashville, he took the stage with his manager, who told audiences that Lee improvised the scene, and everyone was a huge fan. This corroborates the praise of Waititi and star Chris Hemsworth, both of whom only had good things to say about the legend’s performance last month during his imprint ceremony at the TCL Chinese Theater in Hollywood.