New superhero movies are usually met with a lot of anticipation and speculation on the Internet. All of that seems to be going out the window in regard to the Fantastic Four reboot. Rather than excitement, people seem to be panning it at every opportunity, pointing at several controversial changes being made in the movie. However, the trailer, when treated like every other trailer for a superhero film, contains glimmers of hope that may intrigue even the most critical fans.

Misgivings about the upcoming film came extremely early on in production with the announcement of Josh Trank as director. These doubts were entirely based upon Trank’s relatively sparse directing resume, mainly limited to his 2012 film, Chronicle. Despite being a well received and unique super-powered movie, fans of Fantastic Four were worried that the found-footage style of Chronicle would be applied again to Trank’s current film. A worry that was confirmed by the president of production at 20th Century Fox, Emma Watts, in an interview with the Hollywood Reporter.

While the controversy of the new Fantastic Four being shot in a found-footage style is all a matter of taste and is largely subjective, fans found out something new that they could be upset about. There is a fine line to be toed in the comic book world between staying loyal to the source material and being innovative. The new Fantastic Four movie seems to have crossed that line, particularly in regards to the origin of the comic’s archrival, Doctor Doom. 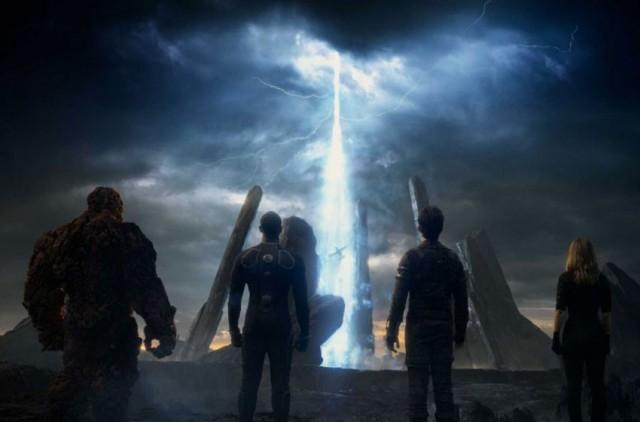 In an interview with Collider, Tobby Kebbell, the actor playing Doom, revealed that the origins for Doom had been altered. First off, his name was no longer Victor Von Doom, instead it was toned down to “Victor Domashev.” Secondly, and most controversially, instead of being the ruler of the fictitious Eastern European country Latveria, Domashev would be portrayed as an anti-social computer programmer and blogger. Somewhat ironically, this news infuriated anti-social programmers and bloggers across the Internet.

Joking aside, the Internet and fans of the comics were right to be upset with this unquestionably toned down version of a very iconic super villain. That controversy seems to be the source for the avalanche of hate and criticism the movie has been getting at every turn. Now that people have something they can definitively point to and complain about, it seems that anything and everything regarding this movie is fair game to be torn apart, even the age of the actors as Comicbook.com helped point out. There’s just one thing in the way of continuing this non-stop bash fest of 20th Century Fox’s next big block buster.

The teaser trailer for Fantastic Four was released earlier this week, and it actually looks good. More than good, it looks beautiful. Filled with long, steady, panning landscape shots, fans can rest assured that this isn’t going to be a found-footage repeat of 2012’s Chronicle. Despite its young cast, the feel of the teaser is anything but immature. Instead of goofy one-liners or comic relief, audiences are given an overview of what to expect throughout the film with an existential narration that is unquestionably reminiscent of Oscar-winner Matthew McConaughey in Christopher Nolan’s Interstellar.

As for Doom/Domashev? The character seems to have been left out of the teaser, given his almost non-existent direct screen time. By going only off the teaser, it can only be assumed that Doom is in this film from the six pods/travelers that look to be involved in the accident that will act as the Fantastic Four’s origin. The fact that Domashev is being portrayed as someone who is not (yet) ruler of Latveria could also mean that audiences are going to be shown Domashev’s rise to power from typical citizen to ruler of the entire nation.

This new iteration of Fantastic Four seems to be doing everything it can to distance itself from the films that came out a decade ago. As a result, changes have to be made — some controversial, like Doom/Domashev, and some refreshing. One of these more refreshing changes is a new twist on the heroes’ origin, a la the discovery and exploration of “The Negative Zone,” an alternate universe of Earth where everything has a negative charge, discovered by Reed Richards.

The new teaser for Fantastic Four, or, as it’s stylized, Fant4stic, has done what a teaser is supposed to do: Set the general tone of the film. Whether or not the tone is one that comic book fans and moviegoers will enjoy remains to be seen. Regardless of what criticisms can be made about the upcoming film, it is guaranteed to be a step up from the 1994 release.