Just because it’s summer doesn’t mean there’s a shortage of TV to watch. There are plenty of new shows to look forward to over the next month. In the coming weeks, several highly anticipated series are set to hit to the small-screen, including Netflix’s latest original TV show and a new documentary series from The CW. Below, check out six new TV show premieres to watch this August.

1. Behind the Lost Empires, August 8 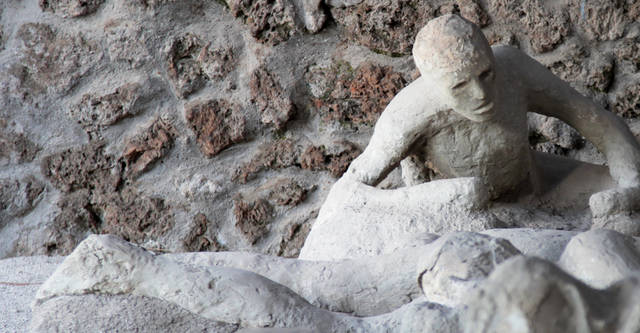 The Smithsonian Channel will unveil its new five-week programming block, Behind the Lost Empires starting August 8. The block features specials on the lost city of Pompeii, a recently discovered Roman gladiator school in the heart of Europe, China’s Han dynasty and its infamous female Emperor Wu, and Burma, the world’s first golden civilization. The series of specials will air on Monday nights at 8 p.m. EST.

Created by Moulin Rouge and The Great Gatsby director Baz Luhrmann, Netflix’s The Get Down will take place in the violent streets of 1970s New York. The musical drama chronicles the rise of hip-hop, punk, and disco in the then financially distraught city through the eyes of a group of South Bronx teenagers. The group ends up changing the city and the music industry, despite having no one to rely on but each other. Jimmy Smith, Justice Smith, Herizen Guardiola, Shameik Moore, and Skylan Brooks all co-star in the show. Netflix will release the first six episodes of the 13-episode freshman season this month.

The CW’s new documentary series tells the stories of six “real-life superheroes” who live on despite severe medical diagnoses, such as cystic fibrosis and leukemia. Created and hosted by Jane The Virgin star Justin Baldoni, the series reminds us that having a limited amount of time doesn’t mean you can’t make a positive impact on the world. The show will air over three consecutive nights, kicking off at 9 p.m. EST on Wednesday, August 17 and ending on Friday, August 19.

NBC’s new alternative comedy series takes five celebrity men from various genres on an epic adventure throughout Asia. Watch as actor and producer Henry Winkler, actor and director William Shatner, football legend and NFL analyst Terry Bradshaw, boxer and gold medal winner turned businessman George Foreman, and comedian Jeff Dye as they navigate their way through Tokyo, Kyoto, Seoul, Hong Kong, Phuket, and Chiang Mai. On the journey the crew tries to communicate with locals as they immerse themselves in traditions and exotic food. The show airs on Tuesday nights at 10 p.m. EST.

In this show, NBA superstar LeBron James and his longtime friend and business partner Maverick Carter will give four aspiring local entrepreneurs the chance to realize their own dreams while also helping to revitalize a neighborhood in Cleveland. The two will enlist the aid of four trusted business experts and associates, who will in turn invest in and mentor the fledgling entrepreneurs. With their success, these four businesses will provide jobs and services for neighborhoods that desperately need the investment. The CNBC show airs on 10 p.m. EST on Wednesday nights.

SundanceTV’s new drama delves into a great Italian criminal empire as it explores a powerful clan’s complex family ties and interpersonal dynamics. The show is Italy’s all-time most popular TV series and the storyline is based on the bestselling book by journalist Roberto Saviano. The crime series airs on Wednesday nights at 10 p.m. EST.