Like any medium big and popular enough to spark rabid fandom, the video game industry is full of secrets. Companies wait for just the right time to announce new games and hardware in hopes of making a fortune. Fans, on the other hand, want to know everything that’s coming down the line as soon as possible. In that kind of environment, leaks and rumors are bound to trickle out.

And so they do. This week we’ve uncovered six rumors and leaks that have a decent chance of being true. So follow along as we peel back the curtain to see what might be coming up in the world of video games.

1. Is Rockstar working on a Red Dead Redemption sequel?

This could be your basic everyday trolling, but former Rockstar Games employee Danny Ross did a Reddit AMA interview in which he was asked what’s next for Rockstar. His reply was, “Really? Dumbass. Really? Two.”

According to my pocket decoder, the first letters of his reply seem to indicate that the next game will be Red Dead Redemption 2. Whether Ross actually knows what he’s talking about or he was just saying that for laughs is unknown. But it’s not the first hint we’ve seen of a new installment in the Red Dead series. 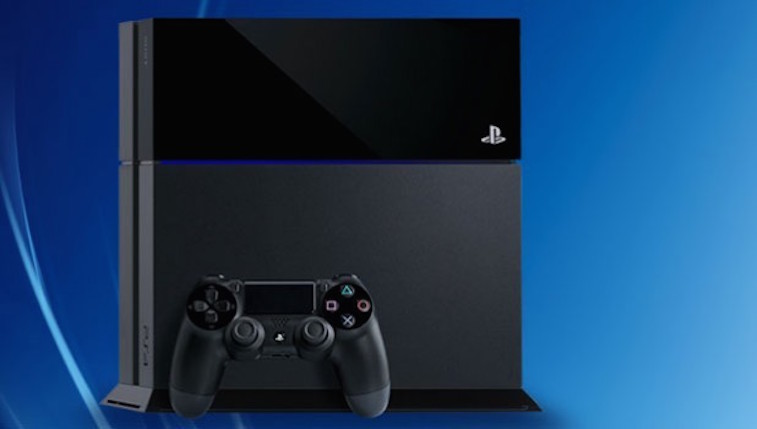 Among the big console makes, Sony has been destroying Microsoft nearly every month since the Xbox One and PlayStation 4 came out in 2013. The only times Microsoft has been able to win a month have been during the holiday seasons last year and this year. In holiday 2014, the Xbox One outsold the PS4 thanks to a price drop. This year, Microsoft won October thanks to the release of Halo 5: Guardians. The big question was whether Microsoft could pull off the same feat in November.

It doesn’t look likely, at least not according to InfoScout, a company that did a study of video game product purchases made on Black Friday. Compared to regular shopping days, Black Friday console sales skewed toward PlayStation 4, particularly among millennial buyers (ages 18 to 35), 48% of whom bought a PS4 compared to 32% who bought an Xbox One. Among middle-aged buyers (ages 36 to 55), the Xbox One won out, but only by 4%, with 37% buying an Xbox One and 33% buying a PS4.

Whether Black Friday sales trends will play out through the rest of November remains to be seen. But regardless, Sony is looking pretty tough to beat, even with Microsoft’s superior offering of recent exclusive games like Halo 5 and Rise of the Tomb Raider.

3. Is Demon’s Souls coming to PlayStation 4?

This one is shaky at best, but you can’t stop fans from wanting all of their favorite games available to play on their shiny new consoles.

The PlayStation 3 exclusive game Demon’s Souls kicked off the Souls series in 2009, proving that a grueling game filled with more secrets than the CIA could catch the consciousness of gamers worldwide. Developer FromSoftware followed it up with similar games like Dark Souls, Dark Souls II, and Bloodborne.

But the original Demon’s Souls remains elusive to many fans of later games in the series. Thanks to a (possibly meaningless) tweet from the official Bloodborne account, fans are hoping Demon’s Souls will be coming to PS4. The tweet in question shows a stack of various editions of Bloodborne, with the PS3 game Demon’s Souls on top.

Does that mean the game is definitely coming to PS4? Not by a long shot. But it could, if you just hope hard enough. Sony is hosting a PlayStation Experience press conference December 5 to 6. If a Demon’s Souls announcement is coming, that’s probably where we’ll hear about it. But don’t hold your breath.

Speaking of the PlayStation Experience show, a new rumor suggests we’ll get an announcement of a new Ace Combat game, complete with a trailer.

The info comes from fans who noticed an announcement buried in the files for the latest update of the free-to-play PS3 game Ace Combat Infinity. The code apparently says that Ace Combat 7 has been announced at PlayStation Experience 2015 with a trailer. The idea is that this text would appear in the game after the announcement. It would also apparently kick off a new challenge to let players earn Ace Combat 7 emblems in the game.

It’s hard to say how likely this is to be true, but at least we won’t have to wait long to find out.

This leak comes from Unseen64, a website devoted to highlighting cancelled video games. Apparently an Avengers game was being developed in 2010 and 2011, but was cancelled before it was even announced. Watch the video above to see what might have been.

6. Is the PS4 version of Final Fantasy VII coming soon?

Not to be confused with the Final Fantasy VII remake, the original 1997 PlayStation One game is heading to PS4 at some point, with its jagged polygons fully intact. Since announcing the port, Square Enix has remained mum on the subject, but it looks like the release may be coming soon. That’s because the game’s trophies have appeared on a site called Exophase.

The question is whether the list going live means the game is coming soon. Square Enix would be smart to get it out there before Christmas, when many gamers will wake up to new PS4 consoles under their tree, so it’s looking fairly likely.