Days before Nick Jonas and Priyanka Chopra’s wedding in Jodhpur, India, a source close to the royal family says the bride’s BFF, Meghan Markle, and her husband, Prince Harry will not be in attendance. Find out why the Duke and Duchess of Sussex decided to skip out on the much-anticipated nuptials, plus take a closer look at Meghan Markle and Priyanka Chopra’s friendship, ahead. 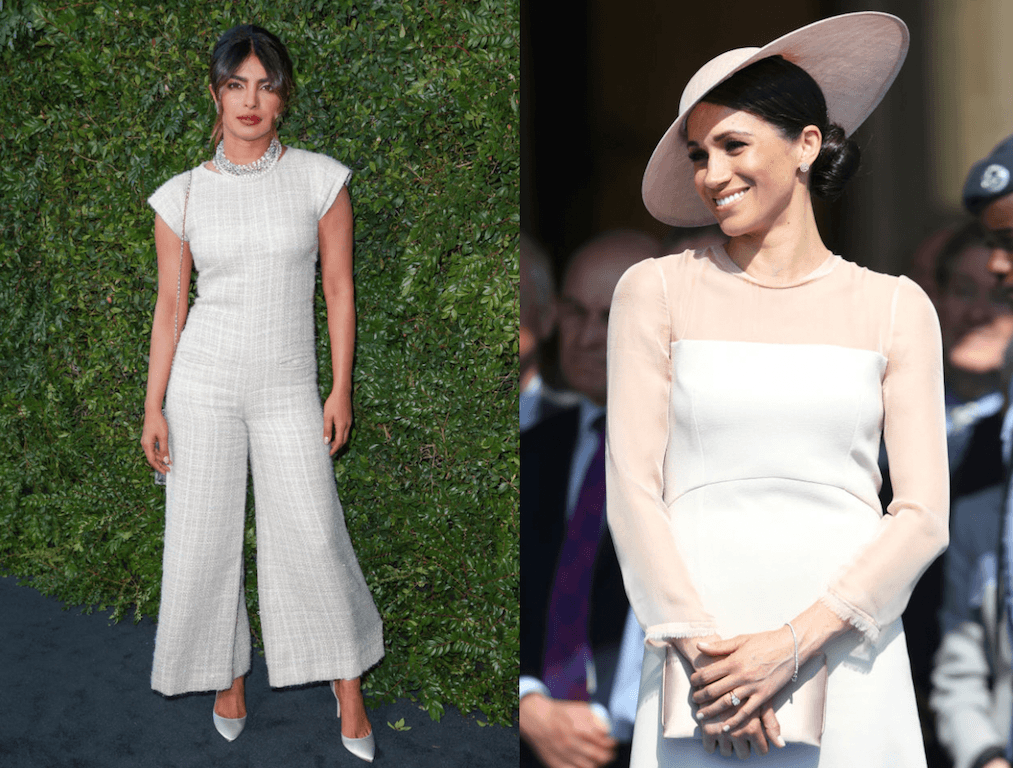 Meghan Markle and Priyanka Chopra’s friendship sparked long before she earned Her Royal Highness status. The two reportedly met in 2016 — the same year Meghan met her prince charming — at the annual ELLE Women in Television dinner. They immediately hit it off and a new friendship was formed. “We bonded as actors,” Priyanka told People. “We just became friends, like two girls would,” she added.

The feeling was mutual as Meghan also spoke highly of her friendship with Priyanka to India West. “Priyanka is unbelievable,” she said. “She has become a good friend. ELLE Magazine in the U.S. hosted a dinner celebrating Women in TV, and we met that night — turns out that she really likes Suits.” She went on to explain how they were destined to be friends stating: “And you know when you meet someone and you just ‘click’ … It was just an easy, natural progression. We’ve managed to keep in touch via email and text, and try to see each other whenever we’re both in the same town.”

Priyanka was one of the many celebrities in attendance at Meghan Markle and Prince Harry’s May 2018 nuptials. And has shown a lot of support for her friend’s new life. “I don’t think anybody else would be able to do it the way she will,” she told Harper’s Bazaar Arabia. “She’s just right for it,” she added. Priyanka went on to call Meghan Marle an icon and someone both young girls and women “can look up to.”

Despite their close-knit friendship, Meghan Markle and Prince Harry do not have plans to attend the future Mrs. Jonas’ wedding. However, they have a good reason why. According to Entertainment Tonight, parents-to-be, Meghan Markle and Prince Harry are not traveling to India this weekend for Nick Jonas and Priyanka Chopra’s wedding. A source close to the couple says, “Meghan isn’t trying to travel as much as she is pregnant. But, Priyanka and Nick are extremely happy because their closest friends and family are in India to celebrate their marriage.”

Despite just getting back from a royal tour Down Under, it appears that Meghan Markle is laying low ahead of her and Prince Harry’s bundle of joy. Just last week, it was announced that the couple has plans to move out of their Kensington Palace abode and into a 10-bedroom estate on the grounds of Windsor Castle. With all the change in their future, it’s no wonder they want to keep things as mellow as possible right now.