‘Ninja Turtles’ Sequel: The TMNT Fans Have Been Waiting For?

Even before 2014’s Teenage Mutant Ninja Turtles reboot hit theaters, the Michael Bay-produced film was surrounded with controversy. Rumors that the turtles would be retconned into alien creatures and that actor William Fichtner was playing the Shredder as a corporate slimeball bearing little resemblance to his comic book and cartoon counterparts ultimately proved to be wrong — though a great deal of that was reportedly changed during production — and the film went on to become the highest-grossing installment in the franchise to date, with a worldwide take of nearly $500 million. [Update, 2/8/2016: A new TV spot (see below) that aired during Super Bowl 50 gave fans some more exciting footage, including their first glimpse of Krang.]

Nevertheless, longtime fans criticized the way the turtles and their metallic foe looked, the casting of Megan Fox as April O’Neil, and the script, which featured enough cheap humor and over-the-top action to make some unfavorably compare the film to the Transformers franchise. We’ve already taken a look back at that film and how it fits in with the turtles’ big-screen adventures, but with the first trailer and a new TV spot for next year’s sequel — titled Teenage Mutant Ninja Turtles: Out of the Shadows — now available, let’s discuss why the new film could be the one old-school TMNT fans have been waiting for. 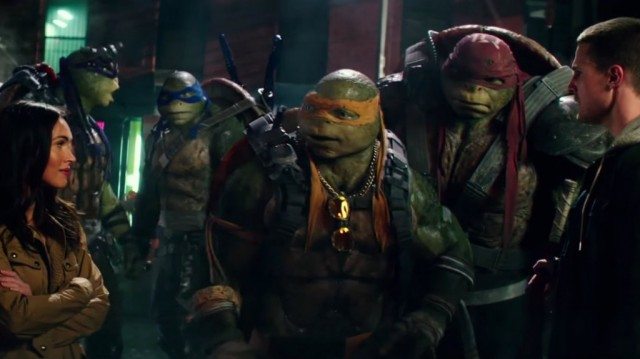 The footage certainly doesn’t shy away from a slow-motion action beat or two, but while its predecessor focused far more heavily on Fox’s April than the titular mutant heroes, this sequel is reportedly ramping up its focus on the turtles themselves. As its title suggests, it looks like the film will see Leonardo, Raphael, Michelangelo, and Donatello emerge from their sewer-dwelling days to become more publicly known heroes in New York. This brings the characters closer than ever to the tone and style of the 1987-1996 animated series, which has never quite been captured onscreen before.

While the first film got their personalities right, the sequel introduces a full-fledged Turtle Van complete with manhole-firing abilities that seems like it leapt right out of the cartoon and brings in established actor Brian Tee (The Wolverine) to lend some genuine gravitas to the Shredder. More than a robotic metal suit, the new film appears to be beefing up his presence in the film, as he takes his takes his vendetta against the turtles to new heights. Between the introduction of Tyler Perry’s admittedly goofy take on Baxter Stockman — who himself becomes a fly-like creature in some versions of his story — and hints at an otherworldly presence, it’s just a matter of time before the new films finally enter Dimension X, home of the brain-like alien Krang.

[Update, 5/20/16: Per the Los Angeles Times, Brad Garrett (‘Everybody Loves Raymond’) will voice Krang in ‘Teenage Mutant Ninja Turtles: Out of the Shadows’, despite early reports that Fred Armisen (‘Portlandia’) would be voicing the villain.] 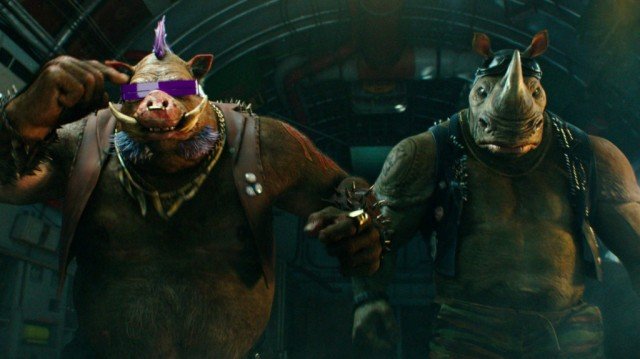 In addition to its refined focus on existing characters and planting seeds for a richer onscreen mythos for the turtles, Out of the Shadows is perhaps most noteworthy for the new characters being brought into the fold. Sure, Arrow star Stephen Amell looks like he’ll make a fine Casey Jones, but the real story here is the long-awaited live-action debut of Shredder henchmen Bebop and Rocksteady.

A mutated version of a warthog and rhinoceros, respectively, the duo had long been a staple of the original animated series and most other subsequent takes on the franchises. Originally, they were planned to debut in 1991 release Teenage Mutant Ninja Turtles 2: The Secret of the Ooze, but that idea was scrapped at the behest of Ninja Turtles creators Kevin Eastman and Peter Laird. Ever since, hardcore fans have been anxious to see the bumbling mutants square off against the turtles in theaters, and though they look to be as goofy as expected, a certain kind of nostalgic thrill will no doubt await fans when they finally see Bebop and Rocksteady make their big-screen debut. 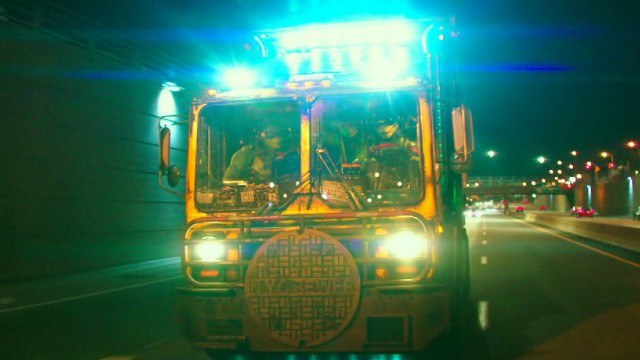 Based on what we’ve seen thus far, Teenage Mutant Ninja Turtles: Out of the Shadows appears to have struck the right balance between catering to young fans of the current Nickelodeon series while still honoring the previous generation that grew up on the original comics and animated show. Given the offbeat premise, a live-action Ninja Turtles film is always going to be feel a bit cartoonish. So the fact that the filmmakers are embracing that by introducing fan-favorite visuals and characters is a wise one that could yield the best entry in the franchise since its first big-screen sequel 25 years earlier.