Nintendo Fans Are in for a Rough 2016 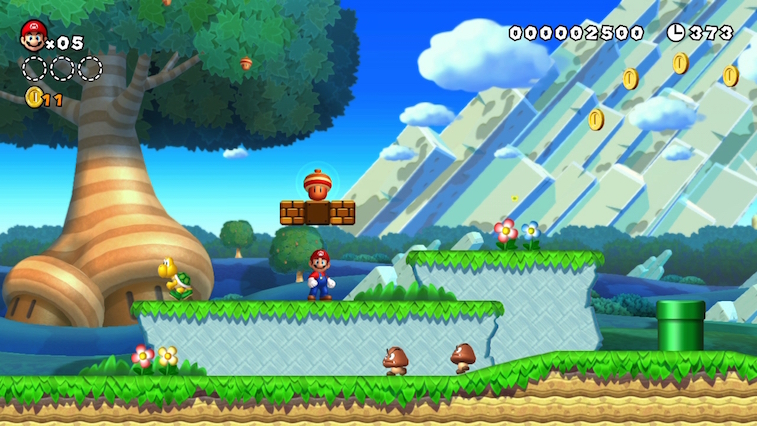 To state the obvious, Nintendo fans like having Nintendo games to play. Unfortunately for us, 2016 is looking grim for anyone interested in Mario, Link, Samus, and the rest of the company’s iconic heroes. (For the record, 2015 wasn’t much better). So far, Nintendo has only announced two more flagship games set to launch on its hardware this year. Two! Talk about a letdown.

The games in question are Paper Mario: Color Splash for Wii U and Pokémon Sun/Moon for Nintendo 3DS. The 3DS has a number of other games in the pipeline thanks to third-party developers, but barring more announcements, only three noteworthy games are coming to the Wii U for the rest of its lifespan. It’s clear Nintendo is having the majority of its developers work on games for the company’s next console, code-named NX.

Making 2016 even more disappointing, Nintendo just stomped on fans’ hopes that the NX would come out by the end of the year. Instead, the NX will launch worldwide in March 2017, leaving yet another holiday season wide open for Sony and Microsoft to cash in.

And cash in they will, with a strong lineup of Xbox One games and PlayStation 4 games coming this year. Add in Sony’s PlayStation VR headset, which is set to launch in October, and the possible release of upgraded Xbox One and PS4 consoles, and you’re looking at a well-stocked holiday for everyone but Nintendo.

The only other thing Nintendo has going for it in 2016 is a pair of mobile games it says are coming this fall. The games, based on the Animal Crossing and Fire Emblem franchises, won’t feature the most popular Nintendo mascots, but they could help make up for the disappointing first-party releases on 3DS and Wii U.

But if the best Nintendo can do is release a Wii U game, a 3DS game, and two mobile games, things are looking dire for the company in 2016. We won’t even get to hear details about the NX at the gaming conference E3 in June. In fact, the only game Nintendo plans to show at E3 is the upcoming Zelda game, which has been delayed out of 2016 to launch on Wii U and NX in 2017.

While we’ll have to wait until later this year to get details about the NX, fans have reason to be concerned that it won’t be the savior Nintendo needs it to be. The company keeps saying the NX is based on a “new concept,” which should give pause to anyone who has followed Nintendo consoles for the past 10 years.

With its reliance on motion controllers, the Wii was certainly based on a new concept. Although it sold well, the Wii hasn’t exactly stood the test of time. The Wii U was also based on a new concept, with a screen on its GamePad, but that hasn’t turned out well either, seeing as it’s one of the biggest console failures in Nintendo history, eclipsed only by the Virtual Boy.

With such a meager software output lined up, we can basically consider 2016 a wash for Nintendo. Things could turn around once the NX comes out next year, but that’s far from a sure thing. A more likely scenario may be that Nintendo makes a fortune on its mobile games and starts putting more focus on those. That could help Nintendo win over younger fans, but it probably wouldn’t please many longtime Mario supporters.

Clearly, Nintendo needs a big win with the NX in 2017. To achieve it, the company seems to have given up on 2016. To put it mildly, that’s a bummer for Nintendo fans.