Not Lost in Translation: 8 U.S. Shows Find Success by Copying the U.K. 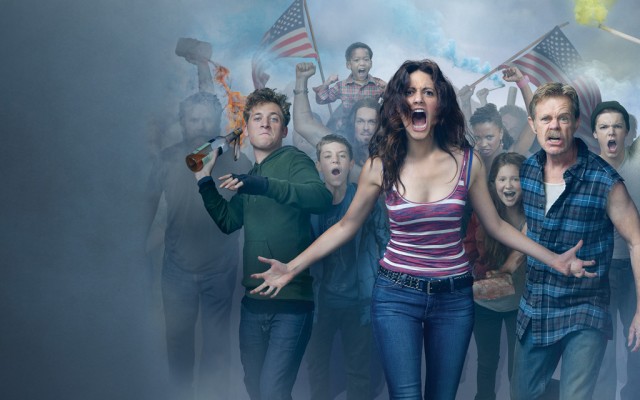 More often than not, the U.S. struggles to successfully recreate British shows. If you’re not convinced, I refer you to the The IT Crowd, Life on Mars, and Fawlty Towers, which are prime examples of some of the bad adaptations out there. But sometimes networks across the pond are able to get it right. In fact, some of the adaptations even managed to do better than the original British versions. So which American remakes managed to get it right? Here’s a look at eight of them.

The extremely popular British series, which ran from 2004 to 2013, focused on Frank Gallagher, a no-good father, and his children, who are pretty much on their own. The series took a look at a lower-class family, who avoided the law, looked out for each other and tried to stick together. When Showtime debuted the U.S. version of Shameless in 2011, many were skeptical that it could keep up with the successful British series. The first few episodes started out a bit rocky, but sure enough, the U.S. series, also featuring the Gallagher family, began to win over the hearts of viewers everywhere. William Macy does an exceptional job playing Frank Gallagher, and you can’t help but root for Emmy Rossum’s character, Fiona. 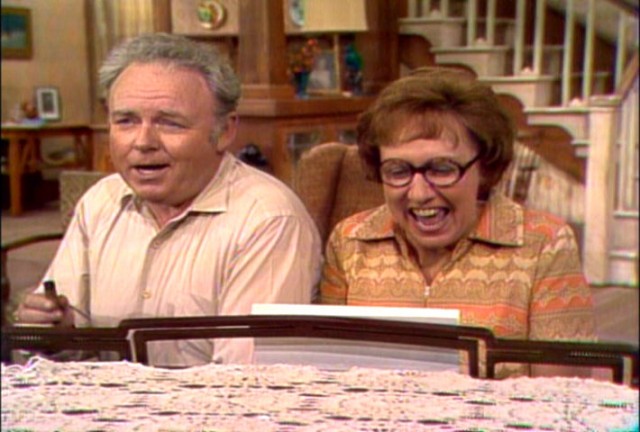 2. All in the Family

The original U.K. version of All in the Family was called Till Death Us Do Part. The U.S. version spent five consecutive years on top of the Nielsen ratings, and was known for taking on tough social issues such as homosexuality, racism, rape, abortion, breast cancer, and the Vietnam War, according to the Huffington Post. All in the Family ran from 1971 to 1979 and featured good ol’ Archie and Edith Bunker. Archie was a working-class family man who had extremely conservative views of the world, often causing clashes between him and everyone else.

TV.com writes that All in the Family was an inspiration to other TV shows, encouraging them to touch on prevalent social issues. A few of the shows that followed in its footsteps? Chico and the Man, The Jeffersons, Maude, Good Times, and Sanford and Son.

This show struggled in the U.K. but managed to find success in the U.S. Ricky Gervais and Stephen Merchant created The Office for the British television station BBC Two, debuting the show in 2001. However, only two 6-episode seasons and two special episodes aired before the show was canceled due to low ratings. Greg Daniels, an American writer who worked on Saturday Night Live and The Simpsons, wasn’t scared by the British version’s failure. NBC ran the first season of the American series in 2005 with Steve Carell playing the role Gervais originally had, as the strange and awkward boss. Daniels’s gamble paid off; the series was widely watched and extremely popular, drawing an astounding 5.7 million viewers to watch its 2013 finale.

This Netflix adaptation stemmed from the original, four-episode BBC version in 1990. Once Netflix started streaming the British series, it decided to take the leap and adapt its own. The first season, starring Kevin Spacey and Robin Wright, was immensely popular due to the great acting and unique humor.

How are the two series different? The Atlantic writes that while Spacey’s House of Cards is filled with lies, distrust, and death, but there’s still (somehow) an American optimism to it. That’s where the UK version differs. The comedy in this version is more cruel and much darker, “and, one layer down, even bleaker and more squalid than it seems at first,” per The Atlantic. 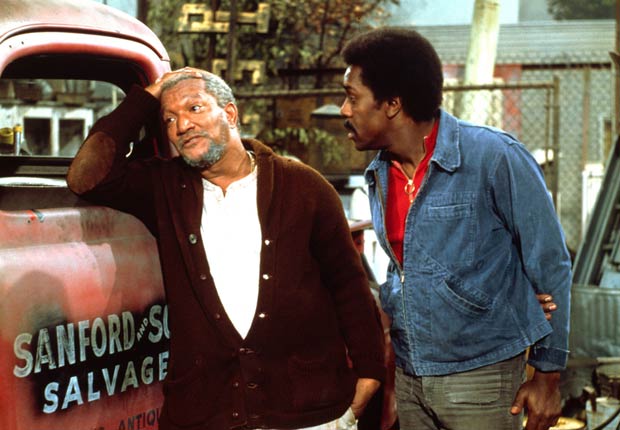 Airing from 1972 to 1977, the NBC sitcom was one of the highest rated shows of its time, peaking at No. 2 in the ratings, just behind All in the Family, according to the Huffington Post. It’s thought to have led the way for The Cosby Show and other similar shows that starred African-American families. The British version, Steptoe and Son, differed this way — it featured Caucasian leads. Paste writes that BBC ran a poll to find Britain’s Best Sitcom, and Steptoe and Son came in at No. 15. Sanford and Son featured Fred Sanford, a 65-year-old, widowed junk dealer living in L.A. and his 34-year-old-son, Lamont. 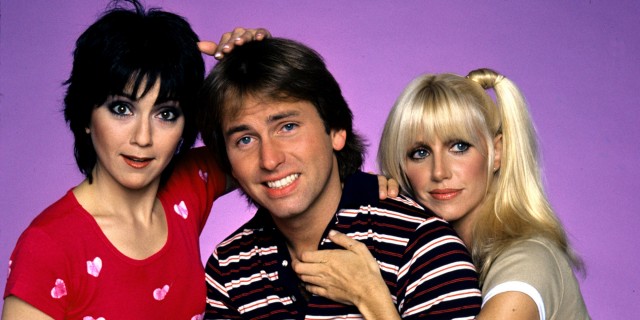 Many people don’t realize this show was a U.K. remake. However, Three’s Company was an adaptation of the successful British show, Man about the House. Both versions center around a young man who moves in with two women and pretends to be gay in order to legitimize the arrangement.

The American adaptation, which ran for eight seasons, is said to have paved the way for many American comedies. The best part about Three’s Company? John Ritter got his big break, becoming a must-watch comedian until his death in 2003. The comedy ran from 1977 to 1984, and Ritter won a Golden Globe in 1984 for best performance by an actor in a comedy/musical. 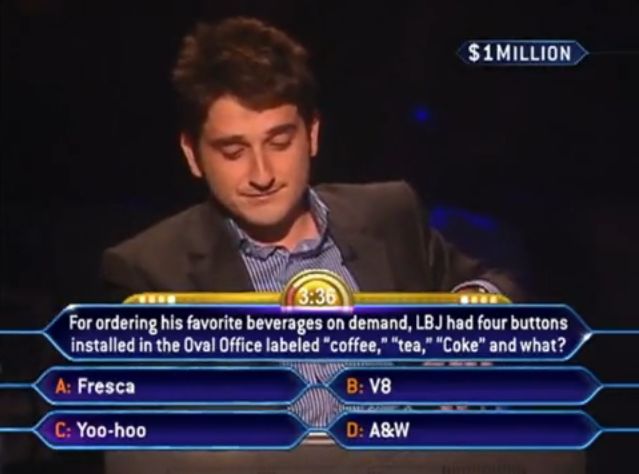 7. Who Wants To Be A Millionaire?

Well, everyone wants to be a millionaire, which sort of guaranteed this show’s success from the start. Who Wants To Be A Millionaire has done quite well in the U.K., premiering in 1998. It did even better when it came to the U.S., especially with likable Regis Philbin as the host. The U.S. version began in 1999 on ABC, and its ratings rapidly increased, quickly making it a huge hit.

As with many shows, the popularity eventually wore off, and the show ended in 2002, with syndicated versions now running. Deadline writes the show’s thirteenth season, which launches in the fall, will be hosted by Terry Crews, the former NFL played turned actor. He follows Cedric the Entertainer, who hosted the shows twelfth season. 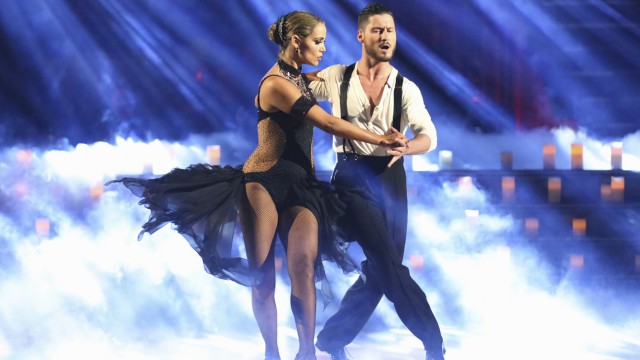 8. Dancing With the Stars

Before Dancing With the Stars premiered in 2005, it was a U.K. series called Strictly Come Dancing, which premiered in 2004. The show was an instant success, garnering international spinoffs in more than thirty-two countries, including the U.S. The concept behind the show? Celebrities partner up with a professional dancer and compete against each other in weekly eliminations. The last pair standing wins.

In 2006, the U.S. version garnered 27.5 million viewers, according to Forbes. But since then, the show seems to have lost some its footing. Once the top-rated program on TV, it has recently suffered from declining ratings and has struggled to attract new viewers.