Have the Laginas Found Anything on Oak Island?

Oak Island is a treasure hunter’s paradise. Chock full of mystery, legend, and the occasional “bobby-dazzler” (as The Curse of Oak Island’s Gary Drayton would put it), the Nova Scotia island has attracted excavations and investigations since the 1800s.

The current hunt — which Marty and Rick Lagina are conducting and showcasing on the History Channel’s hit series, The Curse of Oak Island — holds the most promise for what really lies at the bottom of the Money Pit (and other potential hot spots on the island) with some key artifacts found. 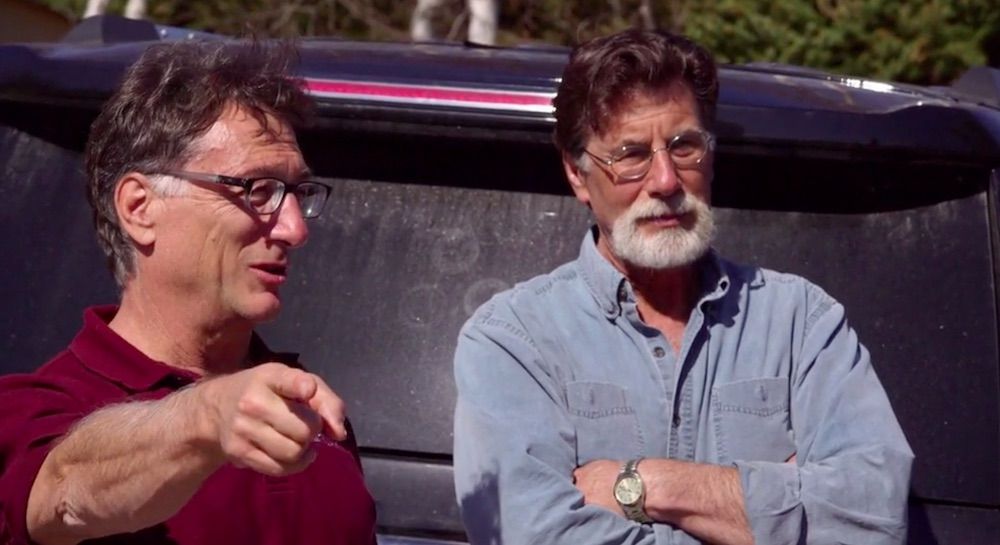 Have the Laginas found anything on Oak Island?

With years of treasure hunting under their belts, it seems as though Marty and Rick Lagina might be closer than ever to finding real treasure on Oak Island. Up ahead, we take a closer look at what the Laginas have found so far, including the artifacts already discovered on season 6 of The Curse of Oak Island.

The so-called Knights Templar cross is perhaps one of the most exciting treasures found on Oak Island. The team discovered the artifact last season among the mud and rocks on Smith’s Cove. Upon first glance, the cross resembled a Knights Templar cross — which Rick Lagina had seen in person examples of when visiting the Templar prison in Domme, France. Tests show that the cross does not come from North America.

Following the remarkable discovery, The Curse of Oak Island’s metal detecting expert, Gary Drayton told Rick Lagina: “That’s really old. This is the type of thing I’d expect to find in Europe. When I first saw it I thought, that looks Medieval — a Medieval cross. I mean, this is old. I would say it is somewhere between 1200 and 1600.”

After years of digging, the Laginas have finally found treasure. In season 5, a Gary Drayton and Rick Lagina Rhodolite Garnet brooch in Lot 8. Some believe the 500-year-old faceted gemstone could have a connection to Marie Antoinette’s lost jewels.

The Laginas have finally struck gold! In a recent season 6 episode, another brooch was discovered via metal detector — but this time it contains traces of copper and gold. The stone itself tested positive for red glass, but the discovery of gold on the brooch made Marty and Rick Lagina particularly excited about the potential treasures on Oak Island.

Marty and Rick Lagina’s team have also come across a number of iron spikes on the island, including one found while searching the shores on season 6, episode 3. Upon the discovery, Gary Drayton exclaimed, “that’s an oldie … that’s a 1700s spike.” Drayton found the spike on the shore, where pirate captain James Anderson once lived.

Other treasures found on Oak Island

In addition to these notable items discovered on Oak Island, Marty and Rick Lagina’s team have also found some miscellaneous artifacts. The other treasures found on Oak Island include bookbinding, pottery, human bone (which isn’t exactly a treasure, but definitely a clue), and a possible military cuff button that dates back to around 1780 to 1820.