‘Orange is the New Black’: All the New Spoilers We Learned About Season 6

With TV shows on Netflix becoming binge-fests that make a whole season last just a manner of days, fans have had to wait seemingly forever for Season 6 of Orange is the New Black. Season 5, released in June 2017, left fans on the edge of their seat with a major cliffhanger. With the Litchfield prison in a riot that has left two guards dead, what will happen to our favorite characters?

Netflix and the show’s creator, Jenji Kohan, have remained tight-lipped on Season 6. But finally, we have a teaser trailer that has revealed a small bit of information. Let’s take a look at the newly announced release date (page 5), plus everything else we know about OITNB.

The show will focus more on the main characters

Season 6 is bound to be exciting. | Netflix

There were a few criticisms of how Season 5 was written, and Season 6 may be setting up to correct some of the perceived errors. The fifth season was often too packed with characters, everyone having their own story to tell. There was a hint in the finale that the prisoners are being split up and sent to separate prisons, which may isolate the story down to a main core of characters.

Expect Season 6 to refocus the story a bit.

Next: One character may not return

Daya may not return

Orange is the New Black | Netflix

The Season 4 cliffhanger left us with questions about what Daya (played by Dascha Polanco) would do, standing in the midst of a riot while holding a gun to an abusive guard. Season 5 answered that question: She shot him in the leg.

And while C.O. Humphrey eventually died (although not necessarily from the gunshot), Daya turned herself in for her crime. Polanco has been coy about what the future holds for her character. “Daya’s on her own; she just committed a crime (and) obviously that will be punished,” Polanco said. “You might not see her ever again.”

OITNB has followed Daya’s story arc from the beginning, including getting impregnated by a guard and having to eventually give up the baby. With her likely being separated from the main group and facing major consequences for her actions, it would make sense if that story has been closed out.

Next: No more minimum security

Welcome to the Max

In the teaser for Season 6, the words “TO THE MAX” appear briefly. The notion that these minimum security prisoners will be sent to a maximum security prison shouldn’t be a major surprise. Two guards were killed, the Litchfield prison was practically destroyed, and other guards were taken hostage. There were no doubt going to be consequences.

This is an opportunity for OITNB to up the ante, as it were. Another season in the Litchfield prison, which allows the prisoners quite a bit of freedom and less fear of violence, would’ve been a bit redundant. Sending these characters to max makes for new storylines and the addition of new, probably scarier, characters.

Next: They’ve kept their secrets.

Even the actors don’t know where this is going

The show might be heading in a new direction. | Dimitrios Kambouris/Getty Images

If it feels like it has been hard to get a take on what’s going to happen in Season 6, you’re not alone. Kohan has kept the details on a need-to-know basis, even from the actors.

“They don’t want to tell us, and I asked them, ‘Well, don’t you guys want us to know so we can go into the episodes [knowing] what we’re snaking toward?'” says Moore. “They said, ‘No, because part of it is your discovery as the episodes go. If we tell you everything upfront, then it might alter or shift or change how you might approach something if you didn’t know what was going happen.”

Expect that the details will remain somewhat cloudy, right up until the release date.

Next: About that release date …

When it drops on Netflix

Fans are super excited for season 6 of the show. | One Media via YouTube

The other thing revealed in the teaser is that Season 6 will debut on Netflix on July 27. This breaks from tradition, which is that the new season is released each June. The first season premiered in July 2013, but each of the next four seasons began streaming on Netflix in the middle of June.

This is the latest that any season of OITNB has been released. Season 6 will have 13 episodes, which is consistent with previous seasons.

Next: How many more seasons are there?

There is at least one more season

Piper Chapman in Orange is the New Black | Netflix

If you’re worried that the show may wind down toward a big finish in Season 6, fear not! There will be at least one more season to follow. Netflix, impressed as ever by one of their keystone original products, gave the show a three-year extension following their fourth season back in February 2016.

“Three more years! Not quite a political term, but still plenty of time to do some interesting things. In some cultures, ‘May you lead an interesting life,’ is a curse, but I don’t live in those cultures,” said Kohan.

It’s unknown whether Kohan and Netflix intend to attempt to keep the show alive beyond seven seasons or end it there, but that may be more clear by the end of July.

Next: More Kohan at Netflix

Jenji Kohan will have more coming on Netflix 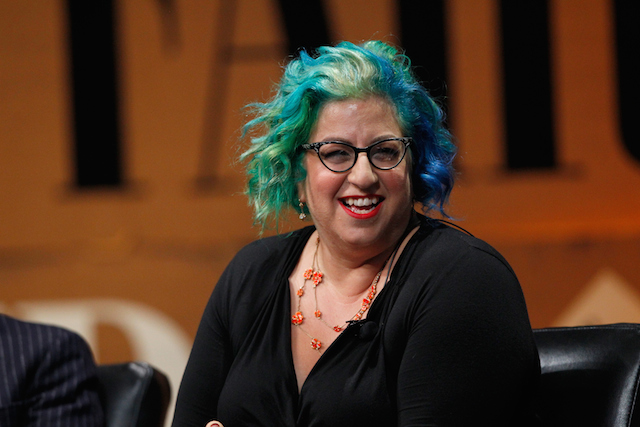 Showrunner Jenji Kohan came to prominence at Showtime with her hit dramedy, Weeds, but has writing credits on such shows as Gilmore Girls. Kohan has gone on to make OITNB and is an executive producer on the Netflix series, GLOW. Whether OITNB continues beyond their scheduled seventh season or not, she will have more coming at Netflix.

“Bold, outspoken, and totally fearless, Jenji has constantly raised the bar for storytelling at Netflix,” said Cindy Holland, vice president of original content at Netflix. “She possesses a rare and special talent to say what’s unspoken, choose the unexpected over the safe, and drive the cultural conversation — and audiences love her for it. She has been with us from the beginning and we could not be more thrilled to continue working together over the coming years.”

With her unique ability to capture characters that might otherwise be completely unsympathetic and make them interesting, Kohan is sure to have plenty of success at Netflix in the coming years.