Oscars 2018: Why This Surprising Movie Will Probably Win Best Picture

The 2018 Oscar race has turned out to be one of the most suspenseful in a long time. Some years, it’s pretty clear what the Best Picture winner is going to be, like with 12 Years a Slave in 2014. But this year, the thinking regarding what will win Best Picture has changed dramatically over time. It’s still almost anyone’s game.

That being said, there is now one surprising movie that is the definite frontrunner going into the big night. Let’s take a look at all of the Best Picture nominees, ranking them in order of how likely they are to win, leading up to the No. 1 best contender. 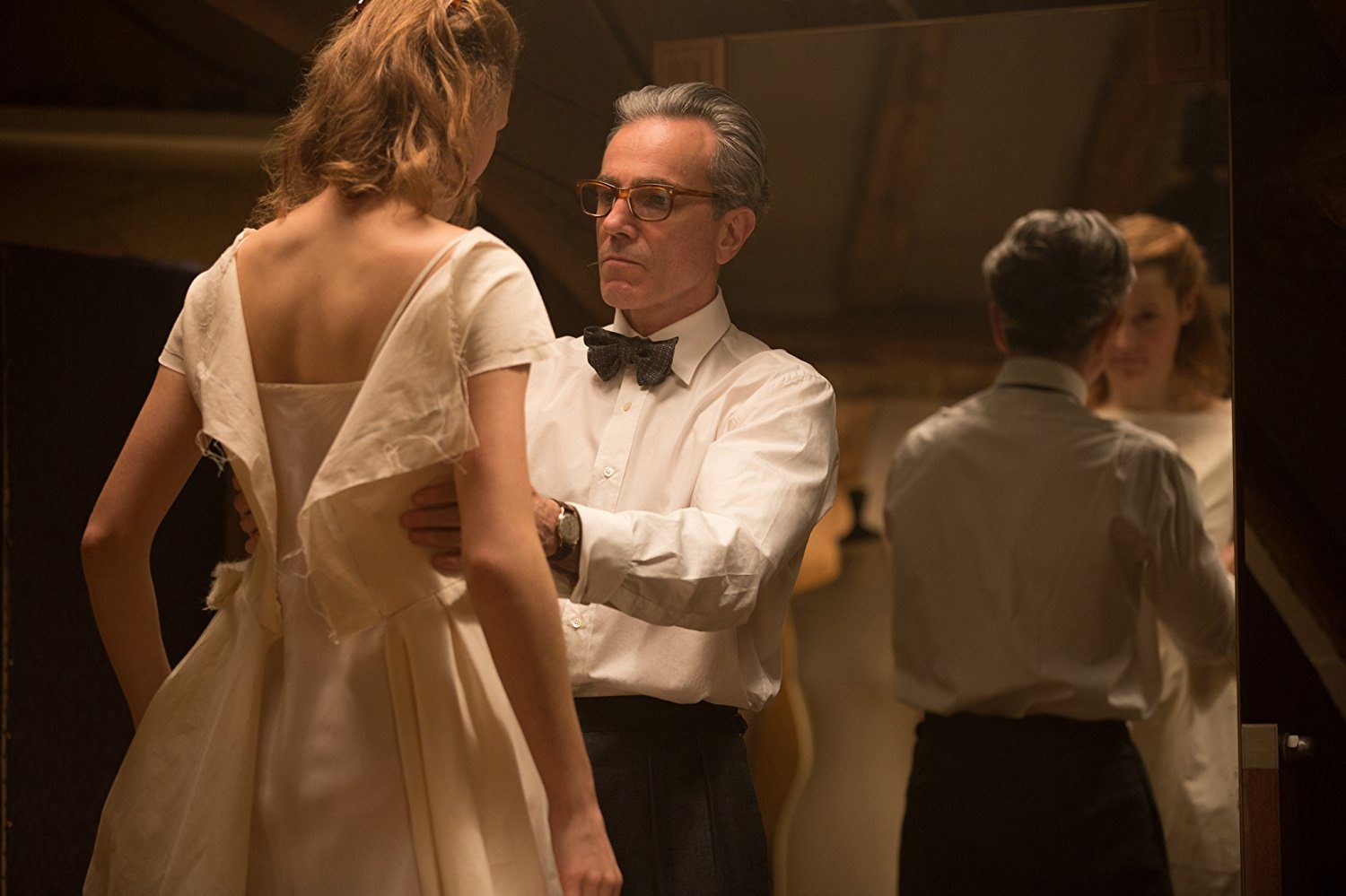 It was somewhat surprising that Phantom Thread even managed to secure a Best Picture nomination. After all, at virtually every major awards show this year, from the British Academy Film Awards to the Screen Actors Guild Awards, Phantom Thread has been absent from the Best Picture category or the equivalent of that category.

Generally, the movie has only been getting nominations for the performances, the costume design, and the score. At the guild awards so far, it hasn’t won anything. The Academy honored it with a Best Picture nomination, recognizing the film’s achievement, but that’s all this is. Phantom Thread‘s chances of winning are close to zero, especially since it’s not nominated in the key category of Best Film Editing (though it’s a strong contender in Best Costume Design and Best Original Score).

Next: With this movie, it’s all about the lead performance, but the film itself has no shot at Best Picture. 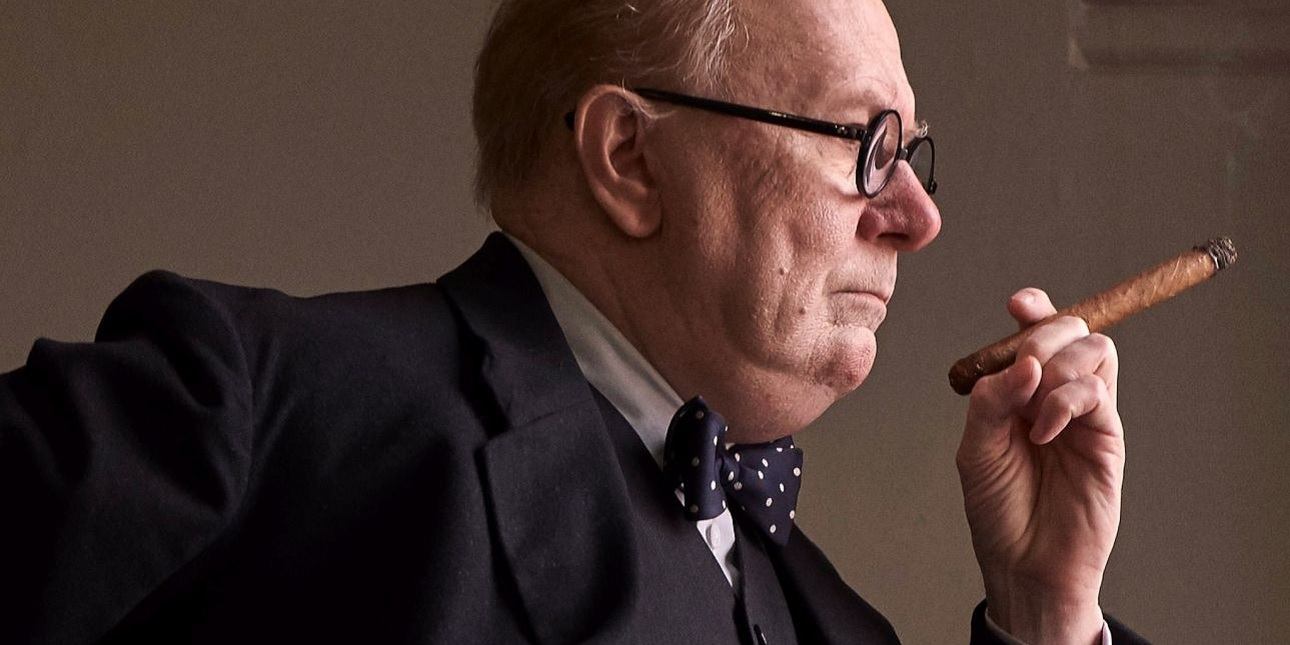 Darkest Hour is another movie that just squeaked into the Best Picture category at the Oscars, although its nomination wasn’t a complete shock considering it also made it into the top category at a few other award shows. For the most part, this is one of the movies where the conversation is all about the lead actor. Gary Oldman is indeed pretty close to being a lock in the Best Actor category.

But Darkest Hour has yet to win any major non-acting awards, with the exception of things like Best Makeup and Hair at the BAFTAs. It also doesn’t have a Best Director nomination at the Oscars; the Best Picture winner almost always has its director nominated. At the moment, the film seems unlikely to clinch any Oscars outside of Best Actor and potentially Best Makeup and Hairstyling.

Next: It’s pretty surprising that this movie, which seems tailor-made for the Oscars, isn’t higher on the list. 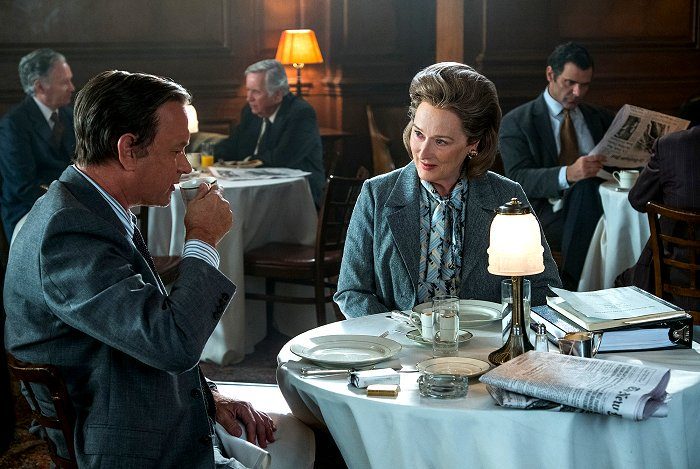 Tom Hanks and Meryl Streep in The Post | Dreamworks Pictures

On paper, The Post seems like a movie designed to sweep the Oscars. Yet it has not turned out to be much of an awards season contender. At the Golden Globes, Seth Meyers even joked in his monologue that The Post was going to win everything, only for the film to not take home a single award. It also failed to win anything at most of the other awards show, and it didn’t even receive any nominations at the SAG Awards or the BAFTAs.

A few months ago, The Post would have been No. 1 on this list. It did earn some early accolades when the National Board of Review selected it as Best Film. But at this point, the film definitely won’t be much of a player at the Oscars. In fact, with only two nominations — and with Frances McDormand being the clear frontrunner for Best Actress — it’s unlikely to win anything at all.

Next: This well-reviewed drama is not currently a top contender, either. 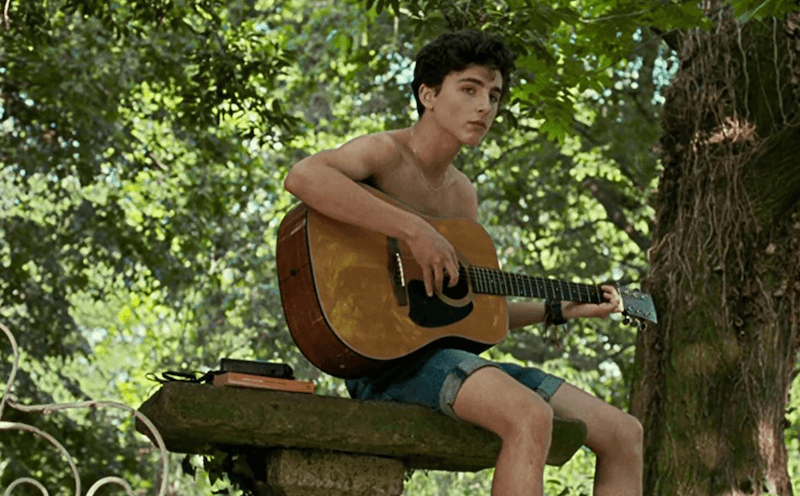 Call Me By Your Name | Sony Pictures Classic

Luca Guadagnino’s romance drama Call Me By Your Name has been a consistent presence at all of the major awards shows. But at this time, it’s falling right in the middle of the pack. It hasn’t won that much of significance other than the Writers Guild of America Award for Best Adapted Screenplay.

At the Oscars, the movie is also not nominated for Best Director or Best Film Editing, which is not a great sign. It’s not impossible for Call Me By Your Name to sneak in and nab the top prize, but right now, the odds are stacked heavily against it.

Next: This movie is likely to receive a lot of technical awards, but could it emerge as a Best Picture frontrunner, too?

Dunkirk received the second most nominations of any film at the Academy Awards this year. That’s largely because it had a strong showing in a lot of the technical categories that the other Best Picture nominees aren’t really competing in.

But Dunkirk wasn’t even nominated for the top prize at the SAG Awards, which the Best Picture winner virtually always is. It also hasn’t won any major prizes at the guild awards. And it has zero nominations in any of the acting or writing categories at the Oscars; movies almost never win without either of those.

The fact that it’s up for Best Director at the Oscars is a point in its column, though. And Vanity Fair contributor Daniel Joyaux has made the argument that because Dunkirk has such a broad base of support, and the Oscar voting is done using a preferential ballot, it could actually come from behind and shock everyone.

Next: This crowd-pleasing film has a decent, but not great, chance at nabbing Best Picture. 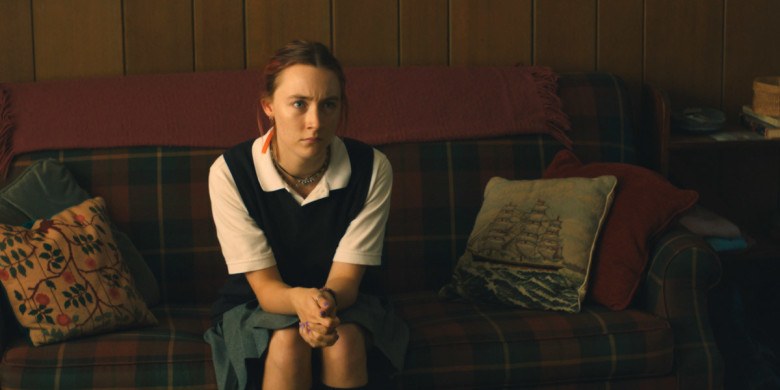 Lady Bird is a real crowd-pleaser, and, in addition to winning Best Picture — Musical or Comedy at the Golden Globes, it has been up for the equivalent of Best Picture at most of the major awards shows. But it hasn’t won anything from the PGAs, the SAGs, the WGAs, or the DGAs. It also didn’t get an Academy nomination for Best Film Editing, which is often indicative of what wins Best Picture.

However, Greta Gerwig did manage to score a nomination for Best Director, which often goes with Best Picture. Another factor to consider is that the Academy often places value in movies that have some social relevance. This year, the conversation in Hollywood was all about the Me Too and Time’s Up movements, as well as the lack of female representation in certain parts of the industry. This movie stars women as the lead characters and is directed by a woman, Gerwig, who was controversially snubbed at the Golden Globes.

There’s been a bit of a backlash to some of the other frontrunners. But with Lady Bird, no such backlash exists. It’s an undeniably great movie, and it winning Best Picture would really mean something.

Next: Movies in this genre usually don’t get nominated, yet this is one of three Best Picture frontrunners. 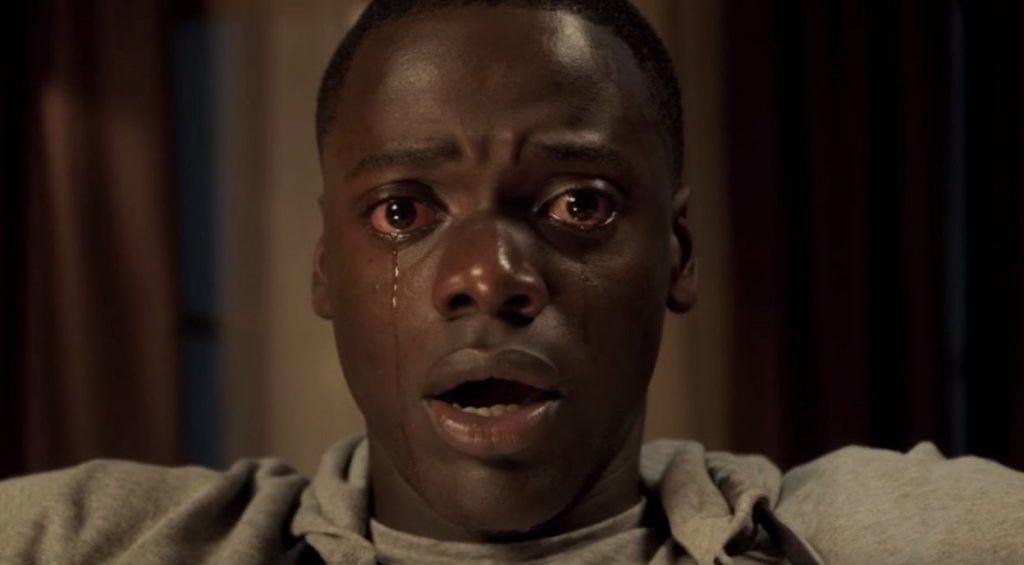 Daniel Kaluuya as Chris Washington in Get Out | Universal

It’s not often that a horror film is actually a contender for Best Picture. But Jordan Peele’s excellent film has been nominated for the top prize at the Golden Globes, the SAG Awards, the PGA Awards, and more. It has also taken home a few awards so far this season, including the top prize at the Writers Guild Awards. The movie has the buzz behind it that a Best Picture frontrunner needs; it’s also one that people are still talking about a year after its release, and it’s about important issues.

But Get Out was not nominated for Best Film at the BAFTAs, which the Best Picture winner almost always is. It also didn’t get nominated for Film Editing at the Oscars. On the other hand, the Academy surprised everyone by nominating Jordan Peele for Best Director, which gives the movie a serious leg up.

It wasn’t always considered to be a frontrunner, but the conversation has really shifted in its favor over the past few weeks, and Get Out now poses a serious threat to the next two movies on our list.

Next: This movie was the Best Picture frontrunner a few weeks ago, but has now slipped to second place. 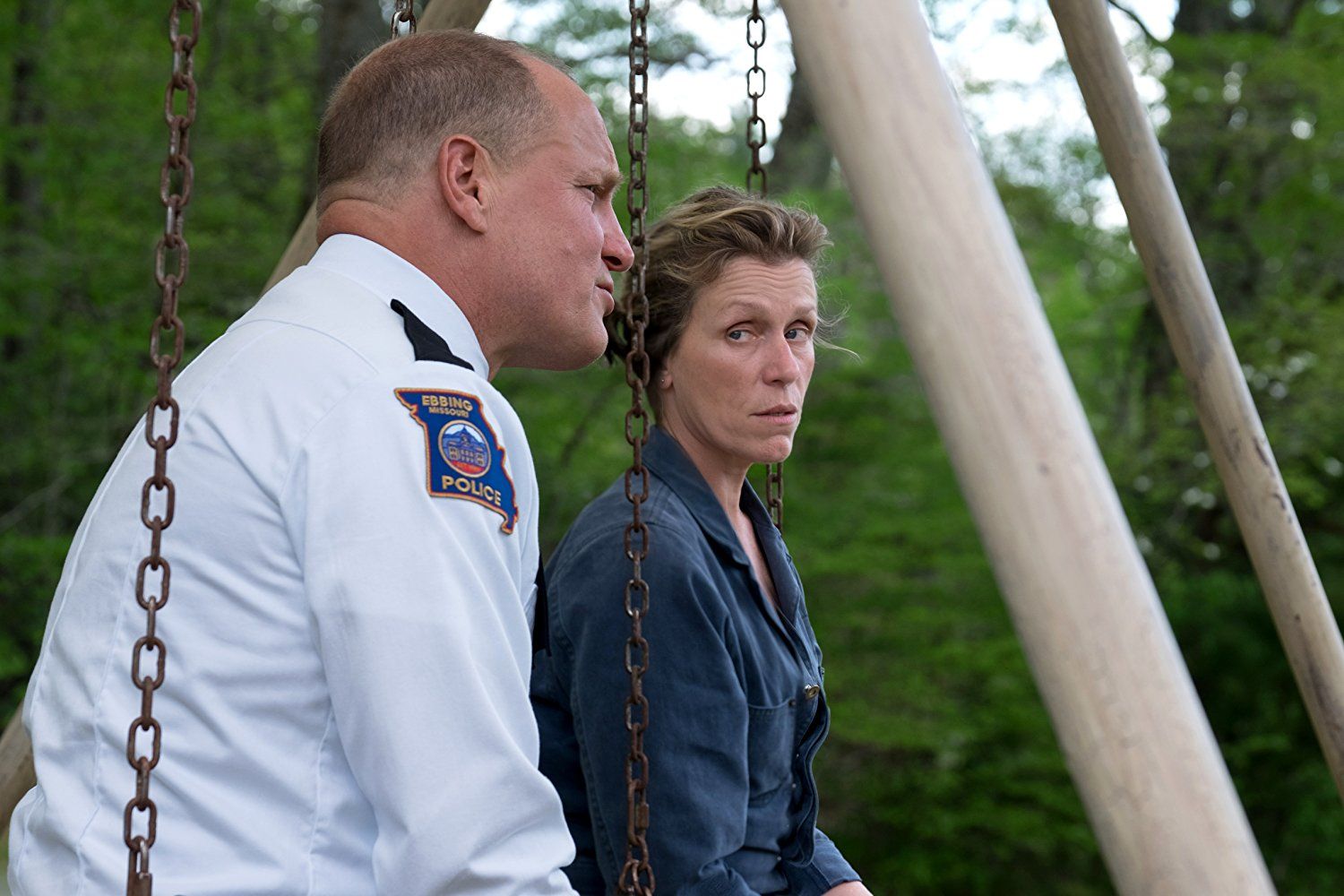 A few weeks ago, Three Billboards Outside Ebbing, Missouri was the clear frontrunner for Best Picture — and indeed, it’s still a very strong contender. After all, it has won the top prize at the Golden Globes, the Screen Actors Guild Awards, and the British Academy Film Awards. But there has been a bit of a backlash to Three Billboards, which became especially prominent after the Golden Globes win.

Another reason to doubt Three Billboards is the fact that Martin McDonagh was not nominated for Best Director at the Oscars. It is extremely rare for a movie to win Best Picture without its director being in the Best Director category. It has happened before, most recently in 2012 with Argo. But it’s rare enough that McDonagh being snubbed was seen as detrimental to the film’s chances. And considering the BAFTA’s selection for Best Picture hasn’t actually lined up with the Academy’s in years, the fact that Three Billboards won the top prize there doesn’t necessarily mean it’s a lock for the Oscars.

Next: This movie is the surprising top choice for Best Picture at this point.

1. The Shape of Water 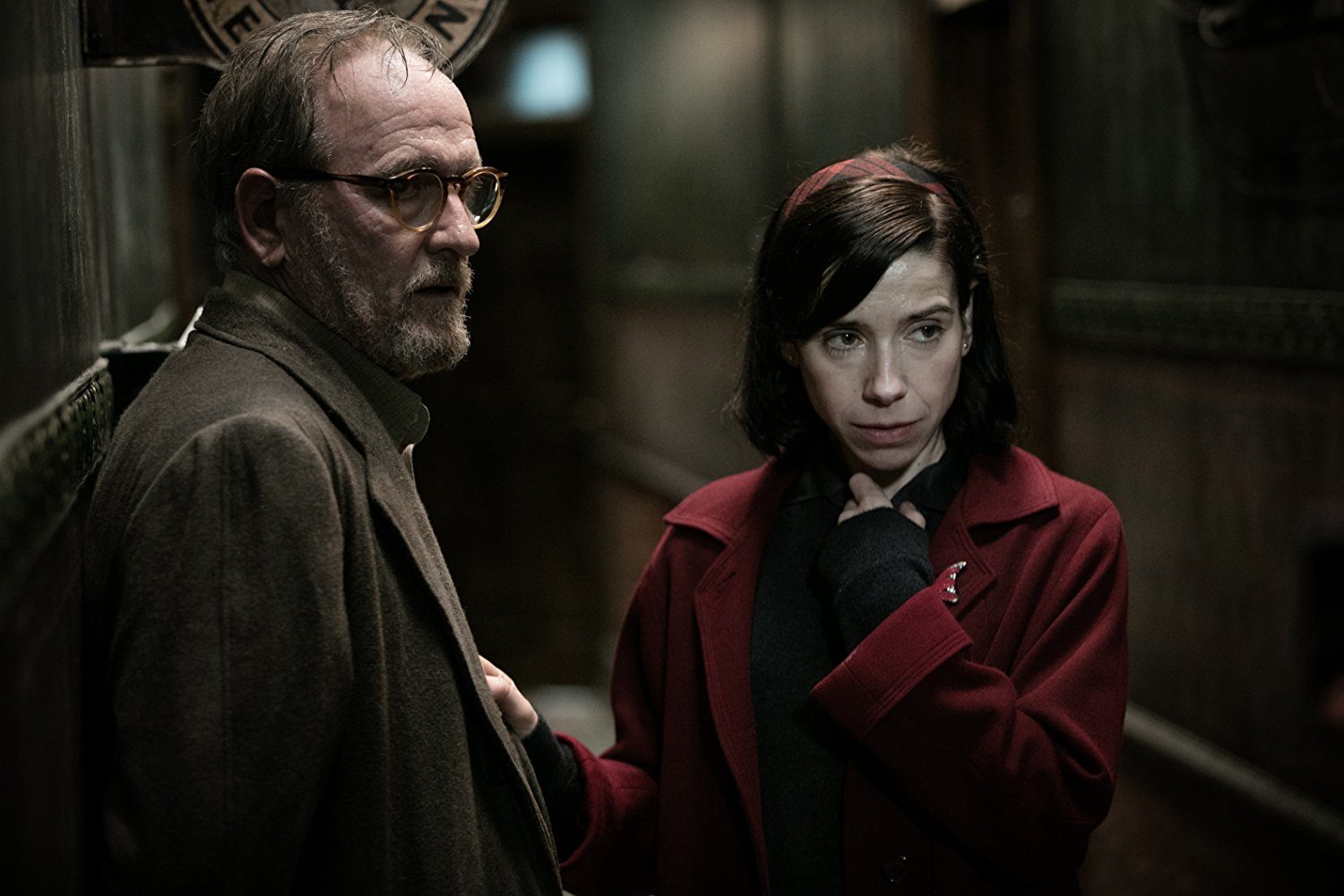 If you had said six months ago that the Guillermo del Toro movie about a woman who falls in love with a fish man would be the Best Picture frontrunner in a year in which Steven Spielberg made a movie with Meryl Streep, most people would think you were crazy. But The Shape of Water is currently the Best Picture movie to beat. After all, it has won the top prize at shows that often choose the same film as the Oscars, such as the Producers Guild Awards and the Directors Guild Awards. At the 13 guild awards, The Shape of Water was nominated at 12 of them, the most of any film.

Plus, The Shape of Water earned the most Oscar nominations of any film this year with 13; that’s just one away from the record of 14. Unlike Three Billboards, there’s not much of a backlash to The Shape of Water, and the movie’s director is nominated — he’s the frontrunner to win, too. The only major setback is that the film was not even nominated for the top prize at the SAG Awards; the Best Picture winner is virtually always nominated in this category.

But with everything else going for it, Best Picture is now The Shape of Water‘s to lose.