Following the release of the new trailer for X-Men: Apocalypse, some fans have been left wondering why Jennifer Lawrence’s Mystique doesn’t appear in her blue makeup in the footage. After all, the character is known for being “mutant and proud” of her natural appearance, despite her shape-shifting ability. The actress recently revealed that she will don her usual blue makeup in the film “a little bit”, but aside from her documented distaste for the lengthy application process necessary to transform her into Mystique, is it possible that the film’s story actually finds a legitimate reason for the character to keep her mutant form hidden? 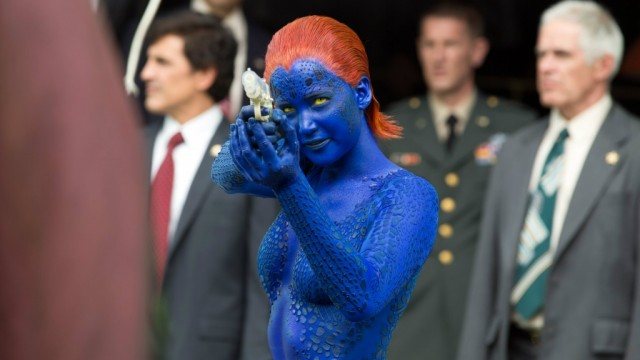 In the climax of X-Men: Days of Future Past, fans may remember that Mystique nearly assassinated Bolivar Trask in full view of President Nixon and his Cabinet. In doing so, she revealed not only her shape-shifting ability but also her deadly proficiency to U.S. leaders. Ultimately, she prevents Magneto from killing Nixon and incapacitates him before he can do any further damage, but it’s too late. With Mystique’s mutant form exposed, it makes sense that she may be forced to remain in disguise for much of X-Men: Apocalypse, especially since Rose Byrne’s return indicates that the X-Men may be working with the CIA again.

True, Mystique’s actions were viewed as heroic and did influence the U.S. to cancel the Sentinel program, but she could still be wanted for attempted murder or any other number of crimes. Even if the U.S. government isn’t out to get her, it’s very likely that some other anti-mutant extremist could be searching for her and gunning to use Mystique’s unique ability for their own ends. In fact, that was precisely why her role in the formation of Trask’s Sentinel program was so critical, as it was her DNA that was used to make the Sentinels able to adapt in the first place. So allowing her to wander around the world on another mission in all her blue glory might not be the best idea and could simply be too dangerous. 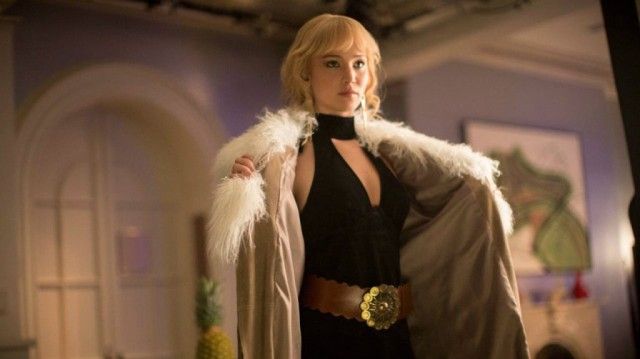 Regardless of what reason Bryan Singer and company cook up for the limited screen time that Mystique’s true form may receive, there is the potential for story reasons to account for this approach. X-Men: Apocalypse is already confirmed to tie up the trilogy that started with X-Men: First Class, and finding a narrative tie between Mystique’s reveal at the end of Days of Future Past and her appearance throughout Apocalypse would only strengthen the cohesiveness of this trilogy.

However, if Mystique’s change in appearance goes unaddressed, it would betray her character and weaken her arc throughout the trilogy. We understand that Lawrence is a huge star, and the makeup process is tiresome, to say the least. Yet, considering how central Mystique is to this particular trilogy of films, it would be a real shame for her “mutant and proud” stance to be unceremoniously reversed simply because of production issues. With how badly X-Men: The Last Stand failed to deliver (and gave short shrift to Mystique), X-Men: Apocalypse could be the series’ big chance to redeem itself with this trilogy and give Mystique a story angle worthy of her complex character.

Why do you think Mystique won’t be seen much in her true appearance throughout X-Men: Apocalypse? Send me a tweet and let me know!