10 Overlooked Netflix Shows You Need to Be Watching 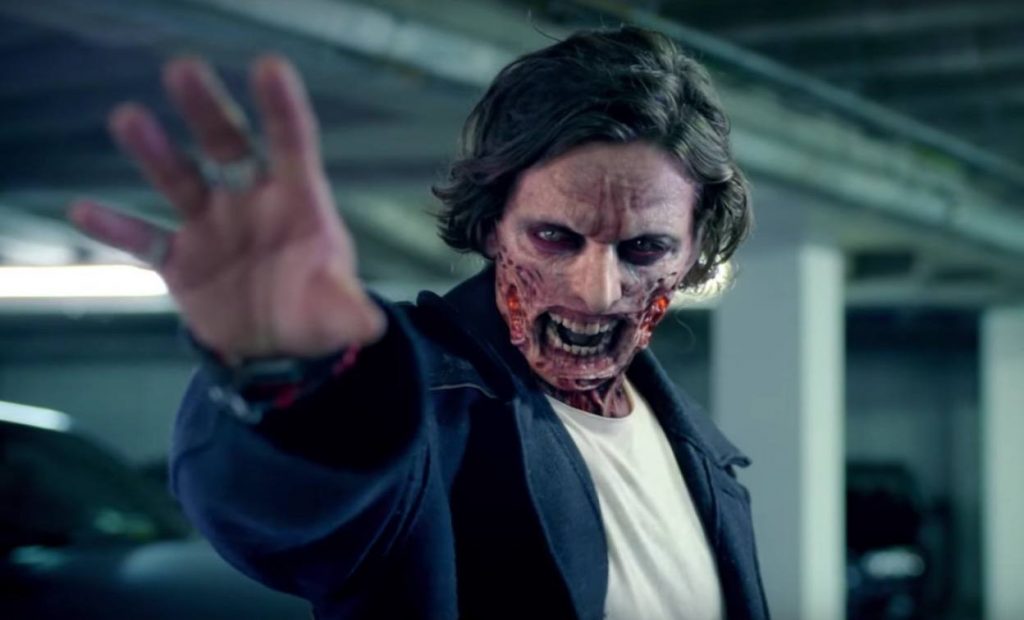 With each passing year, comes the next collection of hyped-up Netflix series. The streaming service has become a leading provider of prestige television, and shows like House of Cards, Daredevil, and Stranger Things have been proof positive that you don’t need to be a major network to produce a popular series. But what about the Netflix shows that don’t receive the same buzz? True, many aren’t worth your time in a TV landscape where there’s way too much to watch. However, there are hidden gems that you’d be doing a disservice to yourself by not tuning in to. These are those shows.

It may not be the most action-packed series on Netflix, but The Crown is hands down one of the most beautifully composed stories the streaming service has ever delivered. Claire Foy stars as a young Queen Elizabeth II, as she’s thrust into the British throne, and left to lead a country still very much in flux in the years following the second World War. With gorgeous sets, careful composition, and a wonderful performance from Foy and co-star Matt Smith, it’s a stellar, albeit unheralded diamond in the rough.

Time travel has quickly become the most used trope in modern sci-fi television. In just the last year, it’s given us The CW’s Legends of Tomorrow (as well as Frequency), ABC’s Time After Time, NBC’s Timeless, and come March, FOX’s Making History. It’s only natural that Netflix gets in on the action, unveiling Travelers last October.

The main storyline of the series follows a group of specialists from a distant future where humanity is almost entirely wiped out. They are able to live in our time by taking over the bodies of recently deceased hosts. From there, they’re tasked with saving our planet as we know it by altering the timeline at key junctures, providing plenty of sci-fi thrills along the way.

Starring legends Jane Fonda and Lily Tomlin, Grace and Frankie tells the story of two women whose husbands (Martin Sheen and Sam Waterston) recently came out of the closet together, leaving their ex wives single and alone for the first time in decades. The series is buoyed by strong performances from its incredible cast, balancing a sharp sense of humor with a decidedly profound commentary on aging.

You may not have heard of Lilyhammer, but when the series debuted in Norway back in 2012, it did so to a record audience of almost a million viewers (essentially one-fifth of the country’s population). Two weeks later, it made its Netflix debut as well, running three seasons before getting canceled.

The story centers around former gangster Frank Tagliano, who relocates to Lillehammer, Norway as part of witness protection for selling out the mob in New York. As Frank adjusts to his new arctic home, he tangles with local authorities, navigates the Norwegian bureaucracy, and of course, resumes his life of crime once again. There are only 24 episodes total, but Lilyhammer is more than worth your time for its well-crafted comedy and surprisingly insightful drama.

Guillermo del Toro has long established himself as a master of creating monsters. For his latest project, he crosses over to the world of animation. Trollhunters comes to Netflix courtesy of DreamWorks Animation, following young Jim Lake (voiced by the late Anton Yelchin) as he’s tasked with defending the supernatural underground world of trolls.

The basic narrative is clearly directed at kids, but a mature aesthetic and engaging action are enough to make it a treat for any audience. As IGN aptly describes, “throw How to Train Your Dragon and Pan’s Labyrinth in a blender, sprinkle in a dash of Spider-Man and you have Trollhunters.”

The saga of the Medici family is one of history’s most compelling stories, as the family that single-handedly funded the Italian Renaissance in Florence. Medici: Masters of Florence tells that story, starring Game of Thrones alum Richard Madden as the newly-crowned patriarch of the family, circa the mid-15th century.

Alongside the considerable talents of Dustin Hoffman, Madden embodies the powerful, poetic presence of Cosimo de’ Medici, who was most known for commissioning work from legends like Donatello, Brunelleschi, and more. The drama of the series dives into Cosimo’s patronage, as well as the political drama surrounding his ascent to power following the death of his father. If you’re waiting for Game of Thrones to come back, Medici may very well be the antidote to your impatience.

While Master of None is largely viewed as the quintessential representation of modern relationships, we’d be remiss if we didn’t include Easy in the same tier. Joe Swanberg’s (Drinking Buddies) insightful commentary on romance in the age of technology is as apt as it is honest, playing to the strengths of Easy‘s talented cast. Rotten Tomatoes’ own critical consensus points toward a slew of “moments that feel raw, intimate and un-meditated,” alongside a strong 94% positive rating to boot.

In the years since Moulin Rouge, Baz Luhrmann has struggled mightily to recapture that musical magic. He’s finally done just that with The Get Down, giving audiences a wonderfully stylized peek inside New York City at the dawn of the hip-hop movement. Strong songwriting and moving performances from its young cast provide us with a perfect blend of drama and musical storytelling, all running a tidy six episodes.

Netflix doesn’t have a ton in the way of supernatural drama, but in Crazyhead, they have all they could possibly need. The British comedy-horror series is based on the exploits of two demon-hunters, coming to us from Misfits mastermind Howard Overman. Over at the Nerdist, it’s dubbed “the best new show you’re not watching,” citing its “delightfully irreverent humor” as the driving force behind its shockingly engaging story.

Police procedurals are something of an old hat in television today, making it that much harder to set yourself apart from the pack in the genre on Netflix. For The Fall, we get a show that accomplishes all that and more, with Rotten Tomatoes’ critical consensus calling it “unapologetically sexy with pressure-building tension driven by plausible characters and motifs.” To top it all off, X-Files alum Gillian Anderson occupies the starring role, playing troubled Detective Stella Gibson, as she tracks down the culprit behind a series of murders in Belfast, Ireland.