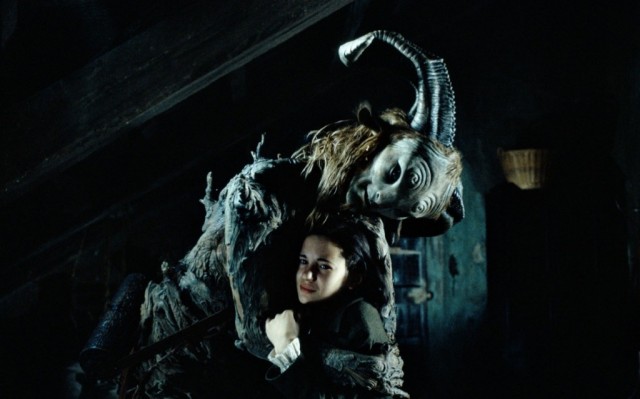 The child star of Guillermo del Toro’s modern fantasy classic Pan’s Labyrinth is returning to fantasy nearly 10 years after the film that brought her to international attention. The Spanish actress Ivana Baquero has been tapped to star in the fantasy series from MTV Shannara, based on the fantasy novels by Terry Brooks, Variety reports.

The Madrid-based actress has been in several Spanish projects since Pan’s Labyrinth, but Shannara will be the first time she’s reached a wide American audience since that critically acclaimed film.

The fantasy drama will see Baquero playing the character Eretria, a human who’s had a rough life and must use her wits to survive the struggles within the magical Shannara world. Brooks’s novels take place in a magical world populated with elves, druids, and other magical creatures set in a version of Earth that was destroyed years ago in a nuclear holocaust. The humanity was greatly destroyed and magical elements emerged in the wake of that destruction.

Pan’s Labyrinth received heaps of acclaim and three Academy Awards when the Spanish language dark fairy tale was released in 2006. In the film Baquero plays a young girl named Ofelia whose family is embroiled in the anti-Franco violence in the wake of the Spanish Civil War. As her life becomes more traumatizing, she escapes into a detailed fantasy world where she must complete a series of tasks for Pan, a faun, in order to assume her role as the reincarnation of a fairy princess. Del Toro’s film balances the fantasy realm with the political turmoil overtaking Ofelia’s real world. The fantasy world of Pan and his tasks can be just as terrifying, though, with horrifying monsters standing in the way of Ofelia proving her true destiny as the heir.

“The brilliance of Pan’s Labyrinth is that its current of imaginative energy runs both ways. If this is magic realism, it is also the work of a real magician,” said a review from The New York Times. That publication also called Baquero “uncannily talented.”

Baquero has proven that she can handle fantastic material in a serious manner, something she will be doing again with the Shannara series. The character Eretria actually sounds quite similar to Ofelia, a girl who must struggle against the odds life’s stacked against her while navigating a strange world. Eretria is described in the novels as being mentally and physically strong, with keen abilities in horsemanship, knife-fighting, and seduction.

The show will begin shooting next month in New Zealand, a locale that Peter Jackson showed lends itself perfectly for fantasy worlds with his Lord of the Rings films. Shannara is helmed by executive producers and showrunners Alfred Gough and Miles Millar, who formerly worked on Smallville. According to TVLine, the show will co-star Austin Butler of The Carrie Diaries as a half-human half-elf, Poppy Drayton of Downton Abbey as an elf princess, and Manu Bennett of Arrow as a wise druid. This definitely doesn’t sound like your typical MTV show and the network is making sure to assemble a solid team for the effort. It could be Baquero’s big chance to become an international crossover.