‘Parenthood’ Fans May Find Next Must-Watch in ‘The Way’ 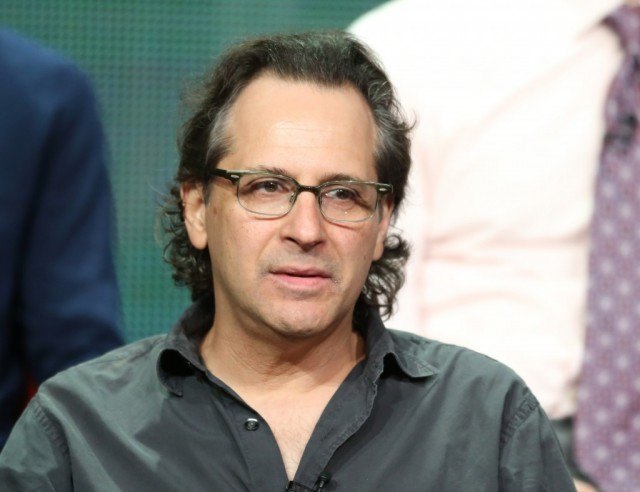 Parenthood might be over, but viewers will soon have another emotional family drama from Jason Katims to cry over. Hulu has given a 10-episode, straight-to-series order to the producer’s latest show, entitled The Way.

Like Parenthood, The Way also follows the lives of a family, as they struggle with relationships, marriage, and power. The added twist? This particular clan is at the center of a controversial faith-based movement. As Deadline reports, each hour-long episode takes an “in-depth look at what it means to choose between the life we live and the life we want. ”

Katims has a long history of creating family-oriented hits that elicit a strong emotional response from their fiercely loyal audiences. In addition to serving as the creator and showrunner for NBC’s recently concluded Parenthood, he also previously worked on the much-adored drama Friday Night Lights. He currently serves as an executive producer on NBC’s About A Boy.

The Way will reteam him with Jesse Goldberg, who also served as a writer and producer on Parenthood. Per Deadline, the forthcoming show is a personal project for Goldberg, who created the series and will serve as executive producer. As with both Parenthood and Friday Night Lights, Katims will act as co-executive producer and showrunner. The Way will mark his first ever show not to air on a broadcast network, as well as his first streaming series.

“Jason Katims is responsible for the most groundbreaking shows about family seen through unique lenses,” Craig Erwich, Hulu’s Head of Content said in a release. “He and Jessica Goldberg have delivered a provocative take on a controversial, dangerous, and thrilling world.”

Hulu has yet to establish itself as much of a force in original scripted content as Netflix or even Amazon (which found a critical darling in its series Transparent and has another show from Woody Allen underway). But in recent months, the company has been clearly looking to change that by nabbing more high-profile projects. The Way is Hulu’s first ever drama, but it’s only one of several original scripted series that the online service has on its upcoming slate. Also in the pipeline is Stephen King and J.J. Abrams’s event series 11/22/63, starring James Franco, and the Amy Poehler-produced comedy Difficult People, starring TV show host Billy Eichner. Casual, a dysfunctional family comedy produced by Oscar-nominated director Jason Reitman (Up in the Air, Men, Women & Children) and starring Michaela Watkins (Trophy Wife), is also in the works.

With a successful name like Katims at the wheel, The Way has the potential to draw even more high-profile talent for Hulu. The company nabbed a big star in Franco, but it’s not the only online service to attract a notable name in recent months. Kyle Chandler, who previously starred in Katims’ Friday Night Lights, is currently leading Netflix’s just-premiered Bloodline. Jane Fonda is also set to join the Netflix family with the upcoming Grace & Frankie.

Big names or not, viewers still looking to fill the Parenthood void may want to tune in. A premiere date for The Way has not yet been scheduled, but the series is expected to begin production this summer.