Paul Rudd Goes From ‘Ant-Man’ to Caregiver With New Role 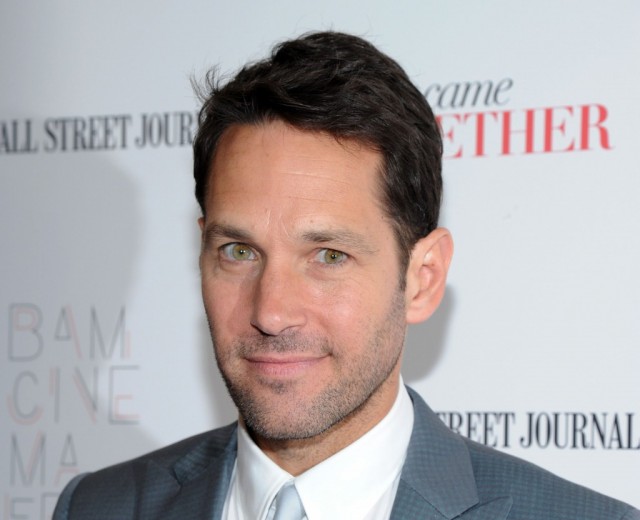 Paul Rudd has booked his next big role to follow up his upcoming starring turn in Marvel’s Ant-Man. The actor is set to play a character with different kinds of heroic qualities in a big screen adaptation of the novel The Revised Fundamentals of Caregiving.

The book, written by Jonathan Evison and first published in 2012, follows the story of recently divorced grieving father Ben Benjamin (played by Rudd), who — desperate for work — takes a low-paying job as the personal attendant for a young man with muscular dystrophy. After taking the position, the two end up striking up a friendship. As the pair forms a unique bond, they push each other toward re-engaging and coming to terms with their difficult lives.

The story is semi-autobiographical, as Evison himself once served as a professional caregiver to a young man with muscular dystrophy. According to the Washington Post, the two went on several cross-country road trips that inspired the novel. The author himself shared news of Rudd’s involvement in the film on Facebook, posting, “I’ve been sitting on this big news forever…so excited!”

Rob Burnett, the Emmy Award-winning executive producer of The Late Show With David Letterman, is on board to direct the project and will also adapt the script. Meanwhile, Donna Gigliotti (Silver Linings Playbook) will produce along with James Spies (Constantine). There’s no word yet on who will play the younger lead opposite Rudd. Burnett reportedly initially intended to cast an actor with MD, but wasn’t able to find “someone with the acting chops who really suited the character.”

For Rudd, the project will be his first role after his performance in the eponymous role of the highly anticipated blockbuster Ant-Man, which hits theaters this sumer. The actor surprised many by taking on the action-heavy role of superhero Scott Lang, since he’s best known for his comedic roles in films like The 40-Year-Old Virgin, Anchorman 2 and They Came Together. But while The Revised Fundamentals of Caregiving will mark Rudd’s return to indie dramas (the genre where he got his start), Evison says that the actor’s comedic chops will prove useful to bringing dimension to the role.

“People with disabilities in books, as in Hollywood, are generally couched in either bitterness, or they are ennobled and over-sentimentalized,” he said, per the Washington Post. “Comedy can be a great evenizer in this respect…One could easily argue that the real disabled character here is not the one in the wheelchair, but Ben [Rudd’s character]. I think he will be perfect. I see this as a role that could push him to new places. I’m excited to see what those places are.”

Evison also already expressed confidence in the way the adaptation is going, saying, “I like the risks Rob took with the script. Obviously, the dictates and limitations are different with a 300-page novel and a two-hour film…but the important thing to me is that Rob’s script really captures the spirit of the novel.”

Shooting for The Revised Fundamentals of Caregiving is expected to begin next month. In the meantime, moviegoers can catch Rudd in the much-discussed Ant-Man movie, set for release on July 17. He also has a voice role in Seth Rogen’s animated comedy Sausage Party, which is due to hit theaters on June 17, 2016.