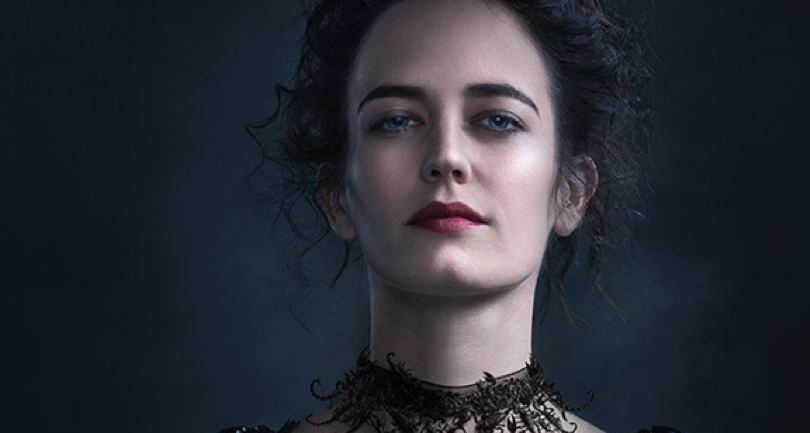 Showtime’s new horror series, Penny Dreadful, is set to premiere on Sunday, bringing viewers a mash-up world of famous monsters set in Victorian London. The series will have eight episodes following the explorer Sir Malcolm Murray, played by Timothy Dalton, a man trying to find his long-lost daughter who he believes was taken into a supernatural world connected to the Egyptian Book of the Dead and filled with various supernatural creatures. Dr. Frankenstein and his monster, Dorian Gray, and Dracula all make appearances on the show.

The show takes its named from the cheap pulp novels that were sold on the street for just a penny in 19th century England. Those stories often featured macabre tales of monsters and murder. Despite the homage to cheesy fiction in the title, the show was actually inspired by some of the highest Victorian literature.

Penny Dreadful creator John Logan told NPR that he was inspired to write the show by delving into romantic poetry after a painful breakup. “The real impetus for the whole series was [William] Wordsworth,” Logan said. Wordsworth led to Keats and Percy Shelley, then his wife Mary Shelley’s Frankenstein and Bram Stoker’s Dracula. “There was something going on there that was extremely kinetic,” Logan said of the 19th century literature that obsessed him.

Logan is most famous for being the screenwriter behind Gladiator and the James Bond movie Skyfall, but he is also a playwright, as well. Penny Dreadful stars former Bond girl Eva Green, Josh Hartnett, and another Bond co-star in Rory Kinnear.

The seemingly kooky cast of characters are thrown together into a suspenseful adult horror-drama. Green plays a mysterious and beautiful woman with psychic powers who befriends Hartnett, an American cowboy with some demons in his past who the ladies of London find incredibly charming. Dalton’s character, Sir Malcolm Murray, is haunted by his own experiences in Africa and is aided by his indispensable African servant, Sembene.

“These characters, they’ve been overminted, they’ve lost their coinage. They’re not disturbing; they’re not frightening anymore,” Logan said in an interview with the Daily Herald. “What we have the chance to do with this show is to take them seriously again, the same as Bram Stoker and Mary Shelley and Oscar Wilde did.”

Showtime isn’t the only network with an upcoming creepy horror-drama series set in Victorian London. AMC has approved a pilot for the high-budget drama Knifeman, which will star Academy Award-winning actor Tim Roth as the 18th century Scottish surgeon John Hunter, who pioneered early surgical techniques and expanded scientific understanding of various areas of the human anatomy and different types of injuries. While Showtime’s series is obviously making it to TV screens first, the two similar projects show studios are betting that viewers will turn in for the Gothic grotesque.

Logan has an idea about why such subject matter would appeal to viewers at this point in time. He pointed out in his interview with NPR that around the 19th century there was much anxiety about technology, industry, and the economy in general that fueled this type of literature. Logan said similar anxiety bubbling up again may be a reason such material is coming back into vogue.

If you like horrors, you might be interested in our earlier article on some of the best horror films of all time. You can check it out below.

Both Jim Jarmusch’s Only Lovers Left Alive and Jonathan Glazer’s Under the Skin are hypnotic, brooding art-horror masterstrokes by two great filmmakers at the top of their game. Both are suffused with sex, but only the former is sexy; the latter depicts an alien wearing a Scarlet Johansson suit who seduces Scottish men, lures them into her ominous white van, and leads them into a seemingly ubiquitous inky black pool, which envelopes, engulfs, and absorbs them.

Whereas recent horror films like The Babadook, Oculus, and Proxy are noble enough attempts to inject some artistic integrity into tried and tired horror subgenres (haunted houses, scary mirrors, sinister support groups), Only Lovers Left Alive and Under the Skin are genuine art films, more concerned with vivisecting the ennui and hubris of modern life, using horror as a scalpel, not an end-game. These two films are just the most recent in a very old tradition of synthesizing art-house ambition with genre-convention.

Here, we look back at some of the most stirring entries in the art-horror canon. (As always, this list is far from exhaustive.)

F.W. Murnau’s seminal vampire film is still the epitome of the vampire film. It remains one of the scariest spectacles of visual storytelling ever committed to celluloid; the grainy, distorted look time has lent to the film actually intensifies the discomfort, with dropped frames and flickering imagery casting an impermeable shroud over Max Schrek’s nightmare man. Werner Herzog’s 1979 remake is also excellent.

Though technically a “talky,” Carl Theodor Dreyer’s memento mori is essentially a silent film. Whereas Tod Browning’s Dracula set the precedent for talky films to blah-blah-blah for two hours, flaunting the then new innovation of sound, Dreyer uses long lapses of sound — sustained moments of silence with slivers of sound piercing here and there — to create a mood. The effects are still a marvel eighty years later: rootless shadows glide across walls, a man slips into a spectral condition and sees his own dead body, creatures materialize and disappear without cause.

Before Polanski gave us Rosemary’s Baby – one of the greatest films of any genre to ever grace the screen — he gave us this, a fleeting tale of one woman’s mental degradation. The young, mentally-ill woman’s deep-seeded fear of men manifests in a series of surreal visions, most notably a legion of arms sticking through the wall and reaching for the young girl. Repulsion’s legacy can be felt in Black Swan, Mulholland Drive, Antichrist, and Under the Skin.

While Persona opens with mortifying imagery and shrieking post-modern flourishes, Hour of the Wolf moves as if molasses courses its veins, and this works in its favor — if you can stay awake through the first ten or fifteen minutes. Bergman uses banality to lower viewers’ guards better than any director before or since.

Nicolas Roeg’s The Man Who Fell to Earth, starring a coked-out, red haired, asexual David Bowie has been name-checked an awful lot since Under the Skin premiered. But Don’t Look Now, Roeg’s masterpiece, is the true spiritual precursor to Glazer’s film. The marriage of dissonant sounds and non-linear editing gives the film a unique feel, and it uses the narrow, winding corridors and canals of Venice to conjure disorienting sensations.

There’s never been anything that feels quite like this psycho-sexual, folk freak out, least of all its absurdly bad remake (which prominently features Nicolas Cage abusing women while wearing a bear suit.) The drifting, wavering camera work feels dreamy, never lazy, and the compositions are revealing and meaningful. The music is sinisterly clean and catchy, even when accompanied by gorgeous naked women trying to seduce virgin police officers.

Those unfortunate souls who have seen Dario Argento’s Dracula 3D, or virtually anything Argento’s made in the last two decades, may not be able to understand why Argento is considered a master. One need only see Suspiria’s opening ten minutes to be converted, one of the most visually and aurally stunning films of the ’70s.

The anxiety induced by David Lynch’s impregnable, feral debut — five years in the making — is ineffable. Only a clip will suffice.

It’s easily the most widely seen and beloved film on this list. Kubrick traded in the alcoholism and child abuse subtexts of King’s novel (which isn’t bad by any means, though King’s anti-Kubrick infatuation may make you wish it were) for a labyrinthine jaunt into the corridors of the mind. The film refuses to be understood – Room 237 brilliantly captures the fanaticism and diverse analysis films of this caliber can engender. The more you watch, the less you know.

Really, an argument could be made for almost any Cronenberg film, particularly Naked Lunch, Crash, and Dead Ringers, but Videodrome was the first time the Canadian auteur of bodily mutilation melded his unique brand of disturbing horror with cryptic self-awareness. His camera movements offer reflection and ideas, not just setups and deliveries for scares. (Though there are scares, too.)

It’s the longest, most brazenly Lynchian film Lynch has ever made. Filmed on handheld digital cameras, this three-hour endeavor doesn’t even bother to feign making sense. It’s disturbed and disturbing, paranoiac and an inducer of paranoia. Whereas Blue Velvet and Mulholland Dr. are serious drama tinged with surrealist horrors, Inland Empire is pure horror. It exists solely to mess with you.