Pentatonix Tour: Where You Can See the A Cappella Group Live in 2018

Grammy-winning Pentatonix is the biggest a cappella group in the world, and they might be coming to a city near you soon. The quintet – who rose to fame after winning The Sing-Off in 2011 – is currently on a U.S. tour that will wrap up just before Christmas. Here’s where you can catch Pentatonix live in 2018. 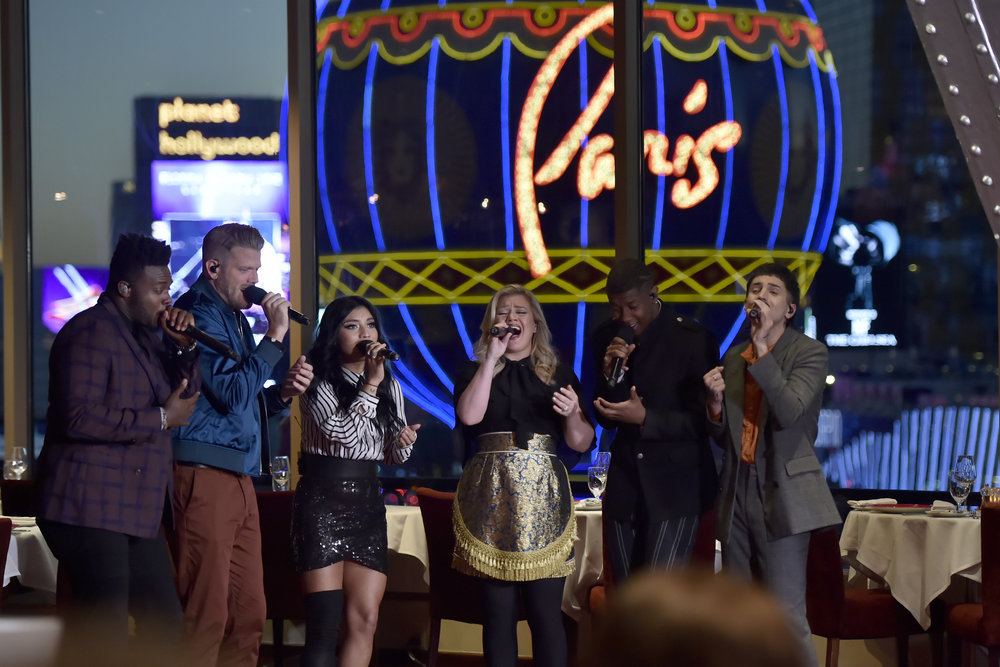 Pentatonix performs with Kelly Clarkson as part of Pentatonix: A Not So Silent Night on NBC. | David Becker/NBC

The five-member group is wrapping up their “Christmas Is Here” tour, which follows a lengthy U.S. tour that started back in July and went until mid-Septemberer. So far, they’ve performed everywhere from Orange County to Virginia Beach and seemingly everywhere in between. But there are still a few more stops left before they take a much-deserved break.

Here are the remaining Pentatonix tour dates for 2018:

Tickets are still available for most performances. You can also purchase VIP upgrade packages that include perks like a private backstage performance of one song, selfies with the group, and a signed poster. The VIP upgrades are $300-$375 per person.

The “Christmas Is Here” tour celebrates the launch of the Pentatonix album of the same name, which features covers of songs like “Rockin’ Around the Christmas Tree,” “Here Comes Santa Claus,” “It’s Beginning to Look a Lot Like Christmas,” and “Sweater Weather.” It’s the fourth holiday album from the group.

Pentatonix: A Not So Silent Night Christmas special

If you’re not lucky enough to catch Pentatonix live, you can still tune in to watch their third-annual Christmas special on NBC. Pentatonix: Not So Silent Night airs Monday, December 10 at 10/9c on NBC, just after the new episode of The Voice.

The special is more than just a musical performance. Instead, it follows the group after they wake up on Christmas morning in a suite in Caesars Palace in Las Vegas with no idea how they got there. They must retrace their steps to figure out the mystery of what happened on Christmas Eve. Expect performances of holiday songs at various Vegas landmarks, like Eiffel Tower at Paris Las Vegas. The group even performs “Joy to the World” on the High Roller Ferris wheel. Kelly Clarkson, Penn & Teller, Maren Morris, and the Backstreet Boys all make guest appearances.

With four Christmas albums and three seasonal specials under their belts, it’s a safe bet that the members of Pentatonix love the holidays.

“[Christmas] is the best part of the year,” member Scott Hoying told Billboard. “You get to be with family, and it’s just so warm and cozy. A cappella blends with Christmas so well, and that’s why we did our first Christmas EP. ‘Carol of the Bells’ did really well on YouTube, and it’s so much fun, so we made another album after that.”

The group even has their own holiday traditions, Hoying said, including watching It’s a Wonderful Life together and eating a “Happy Birthday, Jesus” cake made by fellow member Kirstie Maldonado.