Tennis superstar Serena Williams gave birth to her first child with Reddit co-founder Alexis Ohanian on Sept. 1, 2017. The couple was so excited about becoming parents to a baby girl that they couldn’t wait to share their joy with the rest of the world and gave us plenty of details about their newborn. One of those details that had everyone talking is the name they chose for their daughter.

While the name doesn’t necessarily fall in the line of unique celebrity baby names, there is something that people are finding unusual about it. Here’s everything we know about their new addition, including her much talked-about name and how the couple is settling into parenthood.

The couple named their daughter after her dad 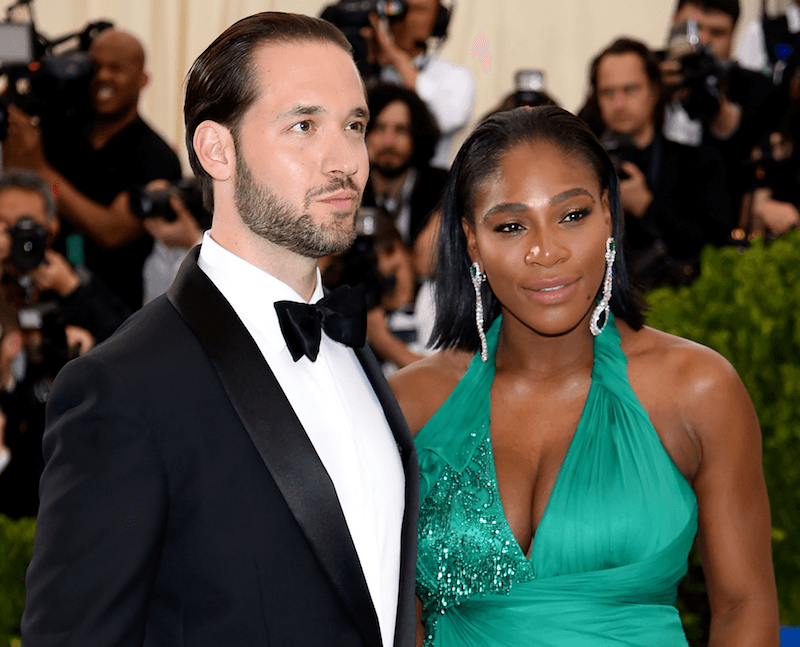 Williams and Ohanian’s daughter is actually a junior, taking the name of her father. People could not stop talking about the name Alexis Olympia Ohanian Jr., because it’s rare to name a child after a parent of the opposite sex.

Although it’s not common to name girls juniors after their fathers, it has happened before. Teyana Taylor’s daughter, Iman Tayla Shumpert Jr., is named after her NBA player dad, Iman Shumpert.

Meet Alexis Olympia Ohanian Jr. You have to check out link in bio for her amazing journey. Also check out my IG stories ❤️❤️

Williams shared the first picture of her baby girl via Instagram on Sept. 13.

“Meet Alexis Olympia Ohanian Jr. You have to check out link in bio for her amazing journey. Also check out my IG stories,” Williams captioned a photo of her little one resting her head on her mother.

Alexis already has her own social media accounts

If the precious photo isn’t enough cuteness for you, don’t worry — Alexis’ social media savvy parents have already created Twitter and Instagram accounts for her. Plenty of photos and important firsts are sure to be uploaded in the future.

The baby’s Instagram page, @olympiaohanian, already has 100,000 followers and counting.

The couple revealed they had complications during childbirth

Williams not only shared the super sweet image of her daughter via Instagram, but she and her then-fiancé (now-husband) also put together a touching video that documented several moments in the tennis star’s pregnancy and Alexis’ introduction to the world.

In the video posted on Williams’ website, the first-time parents each talked directly to their baby while she was still in her mama’s belly. Williams spoke out after the birth and revealed that though there were some “complications,” both  were fine and headed home after a few days.

Venus is overjoyed to become an aunt

Venus Williams is going to be the best aunt ever. | Martin Bernett/AFP/Getty Images

Williams’ older sibling and fellow tennis player, Venus, discussed how happy she is about being an aunt.

Venus also said that she went out and bought her own baby stroller for her niece, so she won’t have to bother borrowing her sister’s when she wants to take Alexis out.

Ohanian talks about his new role as a dad

Dad life is the greatest. Entrepreneurship is all-consuming, it's sleepless, we call our startups our "babies," we are ridiculously proud of them, and we pour all of ourselves into them — but she is already all that and more, she is my legacy.

On Sept. 18, Ohanian took to Instagram with an adorable image of Alexis sleeping and shared with his followers just how rewarding fatherhood is.

“Dad life is the greatest,” the co-founder of Reddit captioned the image. “Entrepreneurship is all-consuming, it’s sleepless, we call our startups our ‘babies,’ we are ridiculously proud of them, and we pour all of ourselves into them — but she is already all that and more, she is my legacy.”

A little more than two weeks after giving birth to Alexis, Williams is already losing the baby weight and getting back into shape. The tennis champ looked amazing when she showed off her post-baby body via Snapchat on Sept. 16.

Williams shared a selfie where she’s rocking a pair of shorts with a black-and-white top. “Back in my jean shorts 2 weeks,” she captioned the image.