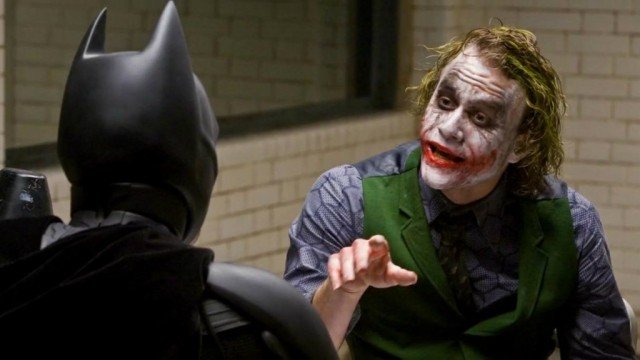 These movies deserve a more appropriate rating, and I’m gonna give it to them | Warner Bros.

You don’t have to look any further than the state of the PG-13 movie rating to understand that the entire rating system overseen by the Motion Picture Association of America (MPAA) is in dire need of change. The Hollywood rating of choice due to its ability to get as many people in the seats without restriction, the PG-13 rating has become a grey zone where some films that are PG-13 seem like they should be R, some R films seem like they should be PG-13 movies, and everything in-between.

But the PG-13 rating didn’t always exist. The rating scale once went from PG straight to R before 1984’s Indiana Jones and the Temple of Doom and Gremlins — both rated PG — proved to be too much for the PG rating to bear. That same year, PG-13 was officially introduced and it’s been here ever since. But now you could say that we’re witnessing the same kind of pattern with PG-13 as PG once did with the weight of PG-13’s odd standards starting to show cracks.

Here are seven PG-13 films that should be rated R and one bonus PG film that today might make the jump two ratings ahead to R. 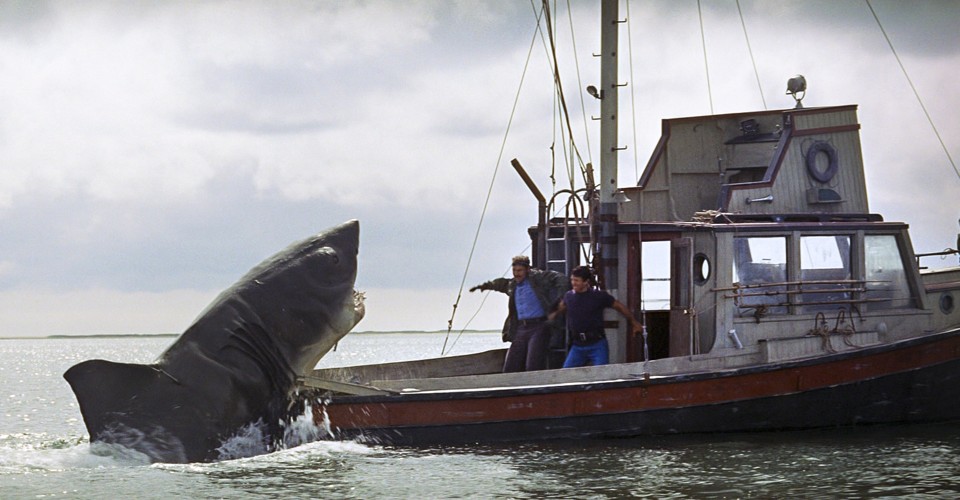 To start off the list, let’s talk about Jaws — a movie you might be surprised to hear has a PG rating. Jaws was released in 1975, almost 10 years before PG-13 existed, but there’s an argument to be made that the film could be closer to an R than PG. Throwing out the fact that the movie is utterly terrifying, let’s outline some of the film’s more disturbing and graphic moments: We see a character chomped down on at his waist and killed; a boy is attacked and killed as blood spills into the water; a corpse missing an eye is discovered in a sunken ship; and several other moments are impressively gory even by PG-13 standards. The film probably would have been PG-13 if it had existed, but it might have had to go through minor cuts to get there.

Next: The kind of film that makes you think the rating system is seriously flawed. 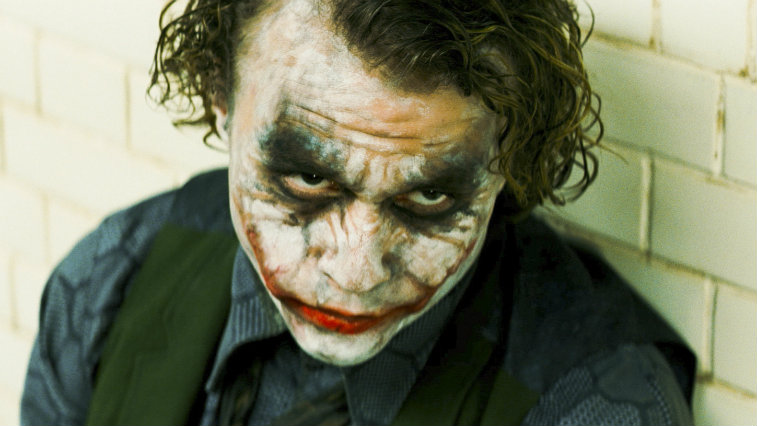 Christopher Nolan’s The Dark Knight is the kind of film that makes you think the MPAA rating system for PG-13 movies is seriously problematic when it comes to violence and tone. This is a film where the Joker slams someone’s head down into a pencil killing him, and while the actual moment is cleverly hidden through film technique, it still registers as one of the most memorable violent acts in any film in the last decade. But really it’s the dark tone of the film and Heath Ledger’s sadistic take on the Joker that make this film feel much bleaker than a PG-13 rating suggests.

Next: Given the body count, this PG-13 rating makes no sense.

It makes absolutely no sense that Taken was given a PG-13 rating. The first film in the action-revenge series starring Liam Neeson, Taken sees CIA operative Bryan Mills rack up an absurd body count in his quest to save his daughter from a sex trafficking ring. At the film’s peak of violence Mills even straps someone to an electric torture device, which, moral and political issues aside, might be up there in the upper echelon of vicious movie acts. So how did this movie achieve a PG-13 rating? Well, if you watch the film you’ll see that nearly every death or violent act is quickly cut away from or hidden from view. Apparently the MPAA takes an ostrich in the sand approach to violence.

Next: Sex is usually punished pretty hard, but not so much in this case.

3. Austin Powers: International Man of Mystery (and its two sequels)

The MPAA is notorious for giving a pass to violence while sex has historically been a one way ticket to an R rating or worse. So what happened when it came to Austin Powers and its sequels is anyone’s guess as each film is filled to the brim with sexual innuendos. Is anything ever shown directly to the audience? Aside from Austin Powers drinking liquid poop, not so much, but it’s hard to believe they got away with character names like Fook Mi, Fook Yu, and Ivana Humpalot or a whole sequence built around penis euphemisms.

Next: Is this movie too gruesome for PG-13?

Drag Me to Hell | Source: Universal

Drag Me to Hell might have a campy tone, but for anyone who saw this horror film from Sam Raimi it might be easy to forget that this film was rated PG-13 considering how gruesome it is. Among many of the gory moments in the demonic possession film are a scene in which a dead body vomits embalming liquid into the protagonist’s mouth, a scene where gallons of blood spray onto someone from a person’s mouth and nose, and a scene in which a corpse is dug up in all its disgusting glory. The only possible reason for this film earning a PG-13 rating is its comical tone, but it’s not as though this movie isn’t disturbing.

Next: One of the first dark comic book movies.

Spawn was one of the first comic book films to really embrace a dark tone, and it earned the film an R rating before cuts brought it down to PG-13 (a director’s cut was subsequently rated R). But the film is still so unrelentingly gruesome and macabre that even though you don’t necessarily see gore or nudity, the tone is as unsettling as it gets. A lot of that has to do with John Leguizamo’s turn as a fat, clown demon named Violator (who at one point wears a cheerleading outfit) and the film’s nihilistic undertones.

Next: The first movie in this series to receive a PG-13 rating. 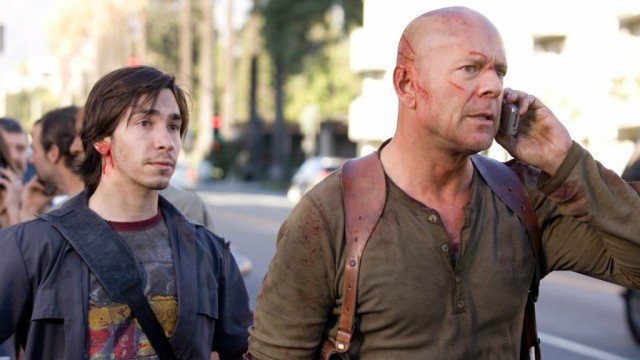 Live Free or Die Hard was the first film in the Die Hard series to receive a PG-13 rating, and fans were not pleased to see Hollywood attempt to soften the film in order to sell more tickets. That being said, the film’s PG-13 friendly cut is not exactly “soft” when given the eyes and ears test. On the language front, IMDb notes that there are about 100 instances of profanity that cover all the heavy hitters. Even his trademark “yippee-ki-yay m—–f—er” is mostly intact, and while the last part is layered with noise, it’s not as if the audience can’t fill it in. When it comes to violence, Live Free or Die Hard is filled with people being shot, stabbed, bludgeoned, and other implications of violent deaths. But “implication” is the key word because the deaths are rarely if ever shown onscreen and blood is scarce. The film basically falls into the same strange gray zone as Taken: Violence and death are fine as long as it happens outside the frame.

Next: Did the MPAA fall asleep at the wheel with this movie? 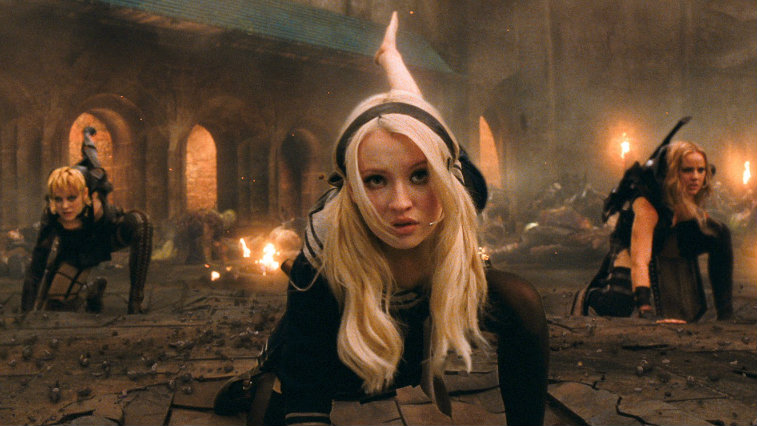 Sucker Punch is the kind of movie whose rating makes you think the MPAA must have fallen asleep during the screening. An exceedingly grim film from director Zack Snyder (Batman V Superman: Dawn of Justice), Sucker Punch tells the story of a girl who is institutionalized by her stepfather and then retreats into her own imaginary world where the asylum is replaced by a brothel. From there, she joins with four others as they fight their way out of the brothel/asylum before the protagonist is given a lobotomy.

If you think about all those elements put together, it’s hard to imagine a scenario where this wouldn’t be an R-rated film. If your first thought is, “well, they must work around a lot of it,” the truth is that the film really doesn’t. Is there full nudity? No. But the film would probably win an award for skimpiest overall wardrobe. Additionally, all the possible implications of the film taking place in a brothel — rape, sexual assault, sexual situations — are here and consistently shown in the bleakest of ways. Then there’s the kind of stylized violence you’ve come to expect from a film directed by Snyder — while it’s not necessarily bloody or gruesome, it’s hard hitting and violent.