If you’re wondering how movie ratings are decided these days, you’re not alone. The rating system used by the Motion Picture Association of America (MPAA) is notoriously difficult to decipher and the organization has garnered some intense criticism over the years. In 2006 a scathing documentary entitled This Film Is Not Yet Rated was released that outlines some of the association’s more problematic issues. But in order to understand why the MPAA is running into more and more problems as time goes on, it’s important to talk a little bit about its history and what the current ratings system is supposed to indicate.

The MPAA was formed in 1922, then the Motion Picture Producers and Distributors of America (MPPDA), as a trade association for Hollywood studios to self-regulate. At this point films were not being actively censored on a national level, but because various locations around the country had differing laws regarding what was able to be shown, the result was sometimes heavily edited films that made little or no sense to audiences. This led to slumping ticket sales. The MPPDA became a way for studios to come together and figure out a how to avoid these censorship problems from the inside, but it also became the catalyst for bigger problems down the line.

In the early ’30s, protests against Hollywood from groups such as The Catholic Legion of Decency led to wholesale censorship in the form of the Production Code, sometimes referred to as the Hays Code. This set of guidelines banned outright the depiction of everything from sympathy for criminals to intense kissing. This is why all American films made between the ’30s and ’60s will feature two separate beds in a couple’s room. The MPPDA was rebranded as the MPAA in 1945, but by the late ’60s the Production Code began to break down under the weight of social change until it was replaced entirely with what we recognize today as the rating system for movies. 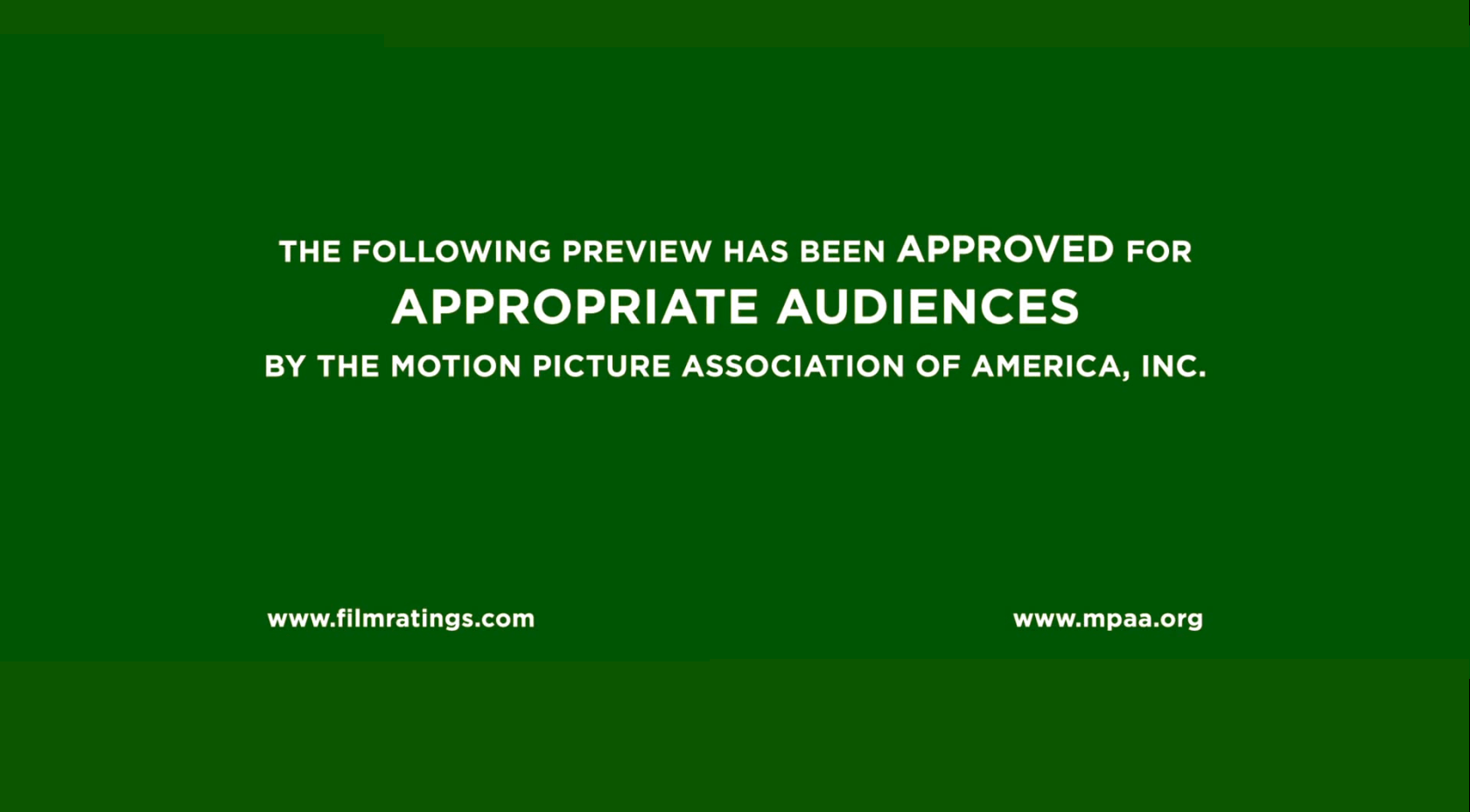 When it comes to what movie ratings mean today, the best place to start is with the MPAA itself. According to MPAA guidelines as of 2010, a G rating means that a film will contain “nothing in theme, language, nudity, sex, violence, or other matters that … would offend parents whose younger children view the motion picture.” A PG film may contain some profanity, violence, or brief nudity (but no drug use whatsoever), but “these elements are not deemed so intense as to require that parents be strongly cautioned beyond the suggestion of parent guidance.”

PG-13 is where things start to get a little more complicated. The main things to note are that drug use immediately brings a film to at least PG-13 and that nudity, sex, and violence may be more pronounced than in a PG film, but violence in particular can’t be too realistic. An R-rating essentially takes all these elements and says they are prominent throughout the entire film, which would mean it would be unsuitable for most children. And finally, NC-17 takes all the elements of the R-rating and says that no child should see it regardless of whether their parents will allow them or not.

Of course, for anyone who’s seen a movie lately, regardless of its rating, knows that the MPAA’s basic guidelines definitely don’t reveal the full picture. To start with, the MPAA clearly puts much more emphasis on sex and language than it does violence, which is one of the central arguments that the documentary This Film Is Not Yet Rated outlines. While graphic violence continues to rise across the board in movies — something that has been referred to as a “ratings creep” — sexual content has continued to draw the ire from the MPAA. 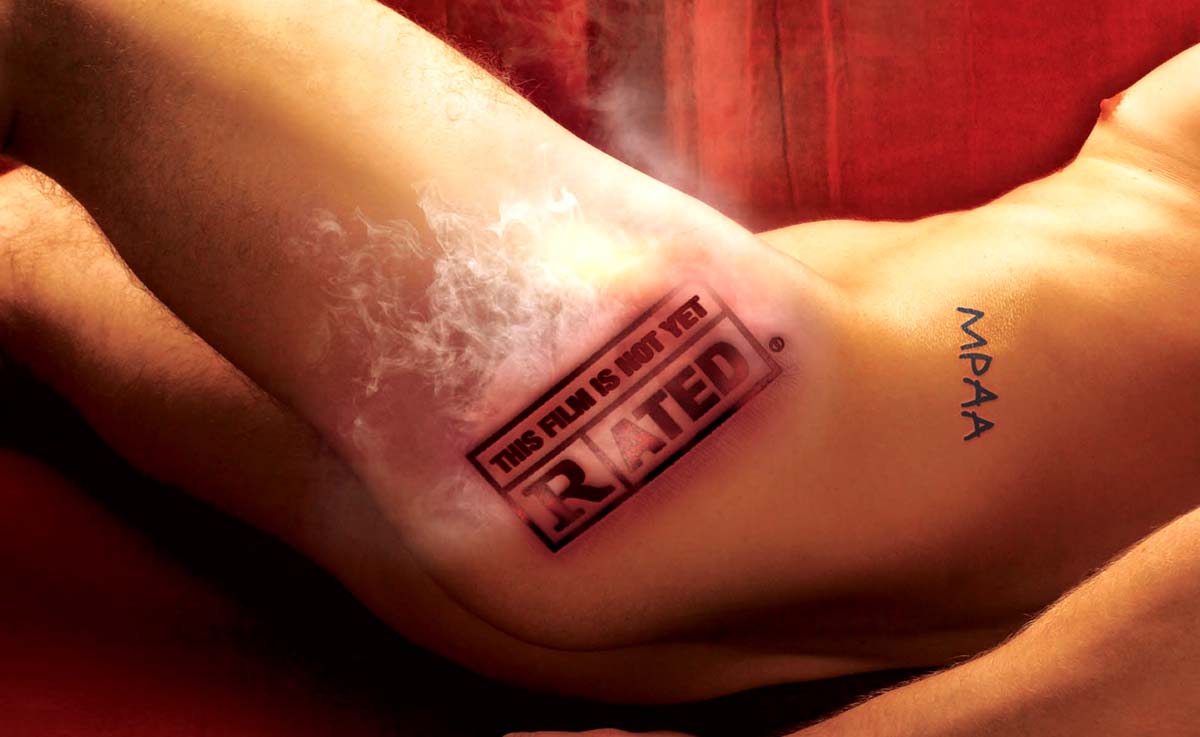 This Film Is Not Yet Rated | Source: IFC Films

What has caused controversy in the film community is not sexual content in general, but the specific ways in which the MPAA has labeled different depictions of sex. Films with homosexual sex scenes almost always receive harsher ratings than films with similarly styled heterosexual sex scenes. In addition, the depiction of sex from the female perspective is always judged more harshly than the male perspective.

The 2010 film Blue Valentine, which starred Ryan Gosling and Michelle Williams, was notable for being initially rated NC-17 for its depiction of oral sex on a woman, but was later overturned without any cuts. The situation caused Gosling to lash out at the MPAA for its double-standards.

The MPAA is okay supporting scenes that portray women in scenarios of sexual torture and violence for entertainment purposes, but they are trying to force us to look away from a scene that shows a woman in a sexual scenario, which is both complicit and complex. It’s misogynistic in nature to try and control a woman’s sexual presentation of self.

This Film Is Not Yet Rated also delves into the mysterious MPAA board to reveal a rag-tag group of individuals who at first glance appear unsuited for the task of rating films. The documentary reveals that many members of the board either have children over the age of 18 or none at all and that members of the MPAA don’t receive any formal training whatsoever in applying ratings to films. But the worst revelation to come from the documentary is a MPAA’s spokesperson’s comment that appears to support the assertion that sexual acts between different genders and sexual orientations elicit different ratings. “We don’t create standards; we just follow them,” said the spokesman. That’s a pretty terrible line of reasoning.

So how are PG, PG-13, or R ratings decided? The conclusion most people close to the film industry come to these days is: who knows? Filmmakers don’t know, studios don’t know, even the MPAA doesn’t seem to know. So if you find yourself watching a movie and trying to figure out how it got the rating it did, just try and let it go.