Pippa Middleton Gives Birth: Everything We Know About the New Baby 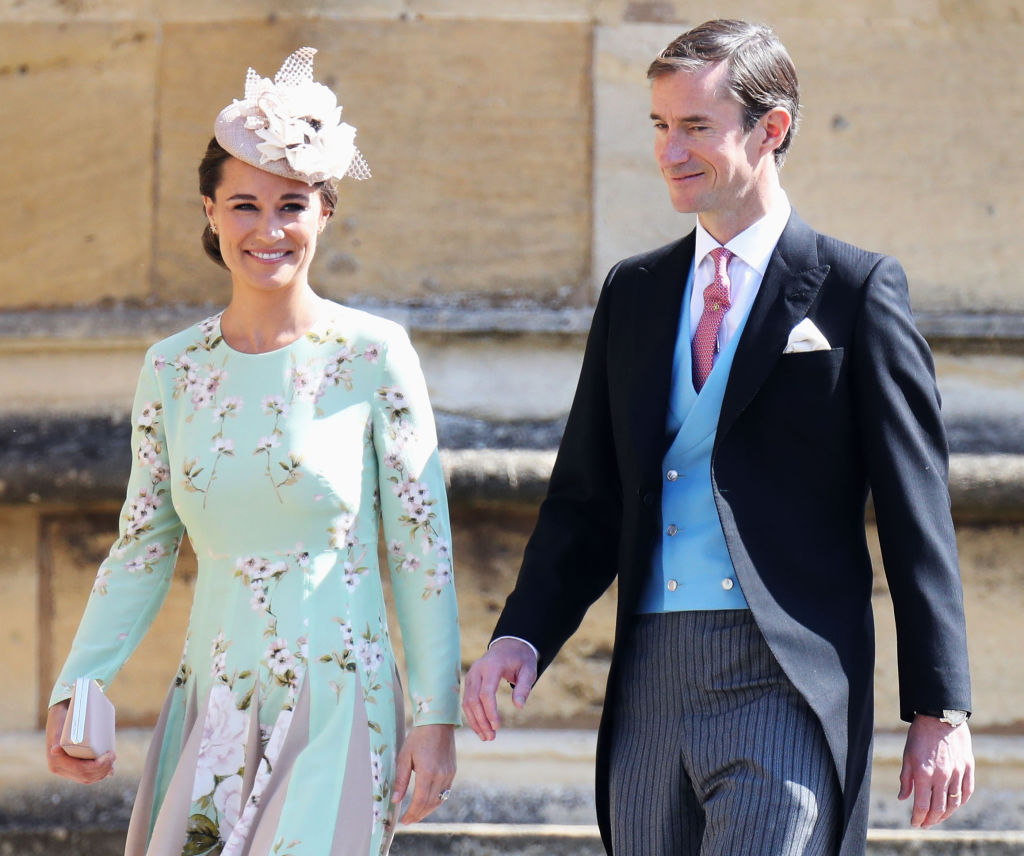 More royal baby news has been announced. It was confirmed that Pippa Middleton and James Matthews became parents for the first time. Here’s what we know about their new baby.

A bundle of joy

Pippa and James welcomed a baby boy. Their brand-new bundle of joy was born Oct. 15, 2018, at 1:58 p.m., weighing 8 lbs. 9 oz., according to People magazine. “Everyone is delighted, and mother and baby are doing well,” Pippa’s representative told the magazine. The baby will be the first cousin of Prince George, Princess Charlotte and Prince Louis.

Pippa’s sister and brother-in-law, Kate Middleton and Prince William, are happy to be a new aunt and uncle. The pair said they are thrilled about the new baby. “The Duke and Duchess of Cambridge are thrilled for Pippa and James,” Kensington Palace said in a statement.

Many speculated Pippa wouldn’t be able to attend Princess Eugenie’s wedding because her due date was so close to the event. However, much to the surprise of many, she attended the ceremony. Although Pippa was due to give birth any day, she joined the family, dressed in a bespoke Emilia Wickstead dress and matching emerald green hat. Princess Eugenie’s wedding was the last time Pippa and James were seen in public.

Getting ready for baby

Before the baby’s arrival, Pippa and James were seen going into the Lindo Wing at St. Mary’s Hospital, reports the Express. James was holding overnight bags, a tell-tale sign the couple was getting ready for the birth of their baby.

How Pippa’s pregnancy differed from Kate’s

Pippa had an easier pregnancy than her sister. She was fortunate not to have to deal with the same pregnancy complications. In a recent column for the U.K. publication Waitrose Kitchen, Pippa said she didn’t experience severe pregnancy sickness, or Hyperemesis Gravidarum, like her sister, Kate. “I was lucky to pass the 12-week scan without suffering from morning sickness. That meant I was able to carry on as normal and continue most of my sports with better knowledge,” said Pippa.

Pippa also wrote about the changes her body was going through during the last month of her pregnancy. She discussed how uncomfortable she was feeling and how the reality of her baby’s impending arrival was starting to sink in.

As the final month nears and the bump grows prouder each day, movement is certainly getting more awkward. As a result, one of the biggest changes is that my lower body has tightened up. The knock-on effect is making my back and sacrum both uncomfortable and achy. The transformations to my body that are taking place as it prepares for childbirth have meant that the sound sleeps and the baby bubble effect have gone. Reality is finally kicking in. Perhaps this is the body’s way of making sure that you get in tune with what lies ahead.

A source told People Pippa and James plan on “having children and leading a quiet life.” Things might not be so quiet, however, as their new baby grows and joins play dates with his cousins. In addition to Prince George, Princess Charlotte, and Prince Louis, the royal family is expecting the arrival of Meghan Markle and Prince Harry’s baby in 2019. Also,  James’ younger brother, Spencer, and his wife, also had a baby in September.