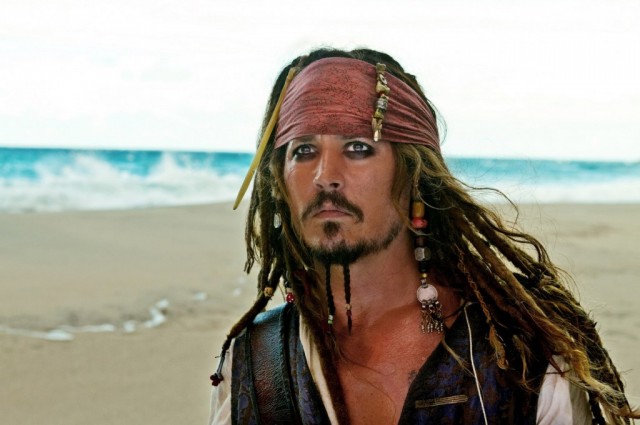 Pirates of the Caribbean: Dead Men Tell No Tales is finally kicking into gear. With production for the movie officially beginning in Australia this week, Disney has revealed new details on the upcoming fifth installment of the popular blockbuster franchise.

Directed by Espen Sandberg and Joachim Ronning (Marco Polo, Kon-Tiki) and written by Jeff Nathanson (Catch Me If You Can, Indiana Jones and the Kingdom of the Crystal Skull), Dead Men Tell No Tales will once again feature Johnny Depp as Captain Jack Sparrow, along with other series veterans, like Geoffrey Rush as Barbossa, Kevin R. McNally as Joshamee Gibbs and Stephen Graham as Scrum. Several new names previously rumored to star in the film have now been confirmed, such as Javier Bardem, Kaya Scodelario (The Maze Runner), Brendon Thwaites (The Giver), and Golshifteh Farahani (Exodus: Gods and Kings).

After months of keeping specific plot details tightly under wraps, the studio has also finally disclosed a new synopsis for the forthcoming film. The movie will follow an already down-on-his-luck Captain Jack Sparrow as he’s thrust into a new, thrilling adventure – this time, trying to escape a group of deadly ghost pirates seeking to kill him. As previously speculated, Bardem will play Captain Jack’s old nemesis, the terrifying Captain Salazar, who helps the ghost pirates escape from the Devil’s Triangle. Captain Jack’s only hope of survival is to try to find the legendary Trident of Poseidon, “a powerful artifact that bestows upon its possessor total control over the seas.”

The new synopsis seems to finally put to rest the speculation that original star Orlando Bloom would return as a lead in the upcoming film. In December, the actor revealed that he was participating in discussions with Disney to potentially reprise his role as Will Turner. At the time, Bloom suggested that the studio was considering using the movie to reboot the franchise, by having it focus on the relationship between Turner and his son. But it seems those talks never came to fruition and the franchise is now moving forward with Depp still in place as its leading man.

The most recent Pirates installment, On Stranger Tides, was released in 2011, with both Bloom and Knightley departing the series and Penelope Cruz and Ian McShane joining Depp for their own round of adventures. Similar to the two previous sequels, On Stranger Tides was met with a mostly negative critical response. Despite this, it ended up becoming the franchise’s most successful installment to date, with a $1.046 billion worldwide gross.

With those kinds of earnings, another sequel was a sure thing. Still, the studio seemed to be taking its time to figure out a way to revitalize the franchise after the lackluster critical reactions that On Stranger Tides received, even pushing the premiere date from summer 2015 to 2017. We’ll have to stay tuned to see whether those efforts pay off and succeed in making Dead Men Tell No Tale the kind of exciting action adventure flick that will help return the series to its former glory.