‘Planet of the Apes’ Goes Wild at Weekend Box Office 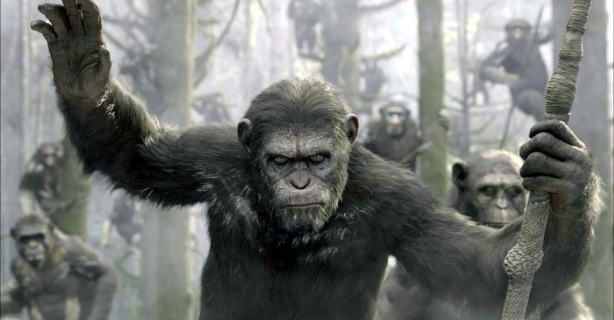 Dawn of the Planet of the Apes easily topped the weekend box office, overthrowing Transformers: Age of Extinction’s two-week hold of the No. 1 spot. The Melissa McCarthy comedy Tammy dropped to third place.

Transformers: Age of Extinction made $16.3 million, falling 56 percent. The effects-laden Michael Bay film on battling robots has a total gross of $208.8 million over three weeks. Age of Extinction, like the previous three Transformers films, has failed to impress critics, with a putrid 17 percent on Rotten Tomatoes. It does, however, have an A- on CinemaScore.

Tammy, which opened in second place last week, dropped to third with $12.5 million. The Warner Bros. comedy fell 41.8 percent and has made a total of almost $57 million. It has a 23 percent Rotten Tomatoes score and a C+ over at CinemaScore. The film features McCarthy as a burger joint worker having a bad day and ending up on a crazy road trip.

22 Jump Street continued its strong box office showing with $6.5 million taken in over the weekend, for a total of $171.8 million over five weeks. The Sony film, starring Jonah Hill and Channing Tatum, has a score of 85 percent from both critics and audiences on Rotten Tomatoes.

DreamWorks’ animated film How to Train Your Dragon 2 rounded out the top five with $6.1 million. Like the original, audiences and critics have loved the film, giving it over 90 percent on Rotten Tomatoes and an A on CinemaScore. The sequel has grossed a total of $152.3 million over five weeks.

In limited release, Richard Linklater’s Boyhood opened in five theaters for a total of $387,618; this marks the highest per-screen average for the year, after Wes Anderson’s The Grand Budapest Hotel. Reception toward the film has been unanimously positive, and it has a 100 percent score on Rotten Tomatoes.

With no major box office movies opening next week, Dawn of the Planet of the Apes is almost sure to dominate again. Disney’s animated film Planes: Fire & Rescue will target young audiences. The Purge: Anarchy, the sequel to 2013 film The Purge, will target fans of the horror-thriller genre. Sex Tape, a rated-R comedy starring Jason Segel and Cameron Diaz, is also set to be released next week.