Political Books: 5 of the Best Books About Elections

The 2016 presidential election has sunk its teeth into every nook and cranny of our culture — and it’s showing no signs of letting go any time soon, as the chosen candidates continue campaigning hard for the chance to be the next commander in chief. Those of us that have been watching the election closely know there are bound to be a few more surprises before it’s all said and done; those who are avoiding the election are probably counting down the days until the ballots are finally counted.

With unexpected frontrunners, surprise primary wins and plenty of drama between the candidates on both sides, this election cycle may seem particularly crazy. But history tells us that 2016 isn’t the first unpredictable or untamed political contest in U.S. history. In fact, since the dawn of election campaigning, there have been a number of unforgettable presidential races. And they’ve been carefully and painstakingly detailed in numerous historical books. Here are five of the best books you can read about our past presidential elections.

1. Game Change: Obama and the Clintons, McCain and Palin, and the Race of a Lifetime 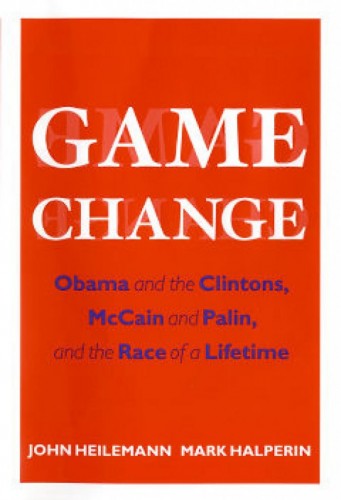 It may seem difficult to believe, but it’s been eight years since the 2008 election that made Barack Obama the 43rd president of the United States — and Sarah Palin a household name. Pundits and poll watchers all agree it was one of the most exciting and surprising elections in modern history — and it’s told with immersive detail in John Heilemann and Mark Halperin’s gripping book, Game Change. The two authors compiled extensive interviews, observations, and data points to bring the book’s narrative to life. The result is an addictive page-turner that lets the reader inside not only the Obama campaign, but also the inner circles of Hillary Clinton, John Edwards, and John McCain. And it gives us insights into how the Clintons handled Obama’s unexpected popularity, and how Palin’s unanticipated celebrity shaped the latter stage of the campaign. It’s a must-read for political junkies and anyone looking for insights on how the 2016 election may shake out. 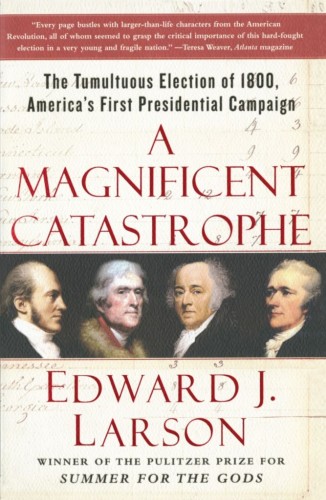 In 1800, there were no TV ads, no memes, and no social media channels to endlessly discuss the pros and cons of each political candidate. But it still managed to deliver a hotly contested election — one that ultimately shaped the very fabric of our two-party political system. Edward J. Larson’s A Magnificent Catastrophe chronicles the election of 1800, which pitted friends and statesmen John Adams and Thomas Jefferson against one another in an often ugly and divisive contest. Larson draws on letters, press clippings, and a robust well of historical documents to craft the story and showcase how this particular election cemented many commonplace election tactics — from partisan press to political attacks. 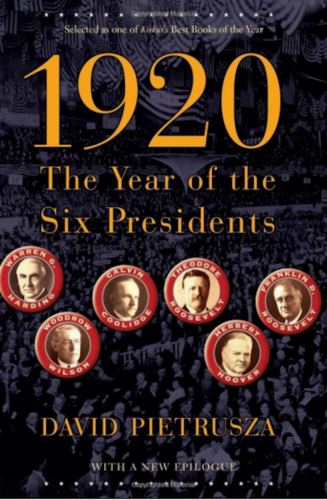 Franklin D. Roosevelt, Warren Harding, Calvin Coolidge, Woodrow Wilson, Herbert Hoover, and Theodore Roosevelt. They’re names we all know now; legendary figures in our storied American history. But in the early 20th century, they were all alive and active in U.S. politics — and their paths crossed during one momentous presidential election. David Pietrusza’s 1920: The Year of the Six Presidents provides an astonishingly detailed account of how each of these six men — who all had been, were, or would be president — engaged in one of the most dramatic campaigns in our nation’s history. It offers insights into the politicians’ personalities and how the increase in urbanization and modern technology helped set the tone for their campaigns. And it’s an essential read for anyone interested not only in presidential history, but the history of election politics. 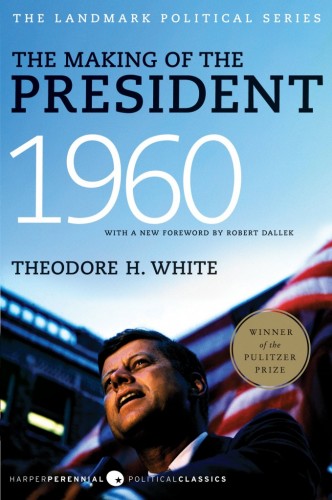 The Making of the President: 1960 | Source: Amazon

In many historians’ eyes, the 1960 election served as a turning point in American culture. And journalist Theodore H. White’s exploration of the contest between John F. Kennedy and Richard Nixon symbolized a new frontier as well — it was published in 1961, just a year after the fateful campaign, and helped satisfy the public’s growing desire to understand the ins and outs of modern politics. The Making of the President: 1960 won a Pulitzer Prize for its dogged and novelistic approach to detailing the election cycle, from the primaries to the general election. White published three additional Making of the President books for the 1964, 1968, and 1972 elections. But the original still serves as not only the most compelling in the series, but one of the most fascinating chronicles of 20th century politicking.

5. Fear and Loathing on the Campaign Trail ’72 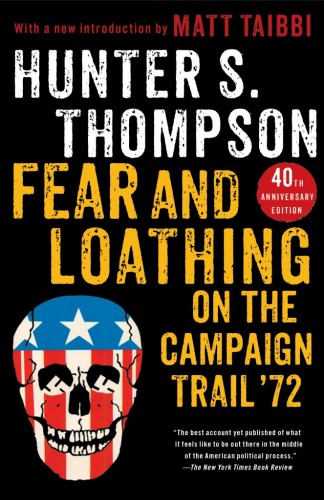 Fear and Loathing on the Campaign Trail ’72 | Source: Amazon

Hunter S. Thompson is known the world over for his electric writing and eccentric lifestyle. And he proved himself to be one of the most innovative and unforgettable journalists throughout the course of his career. So in some small way, it makes sense that he serves, for many, as a definitive source on the freewheeling 1972 presidential election. Fear and Loathing on the Campaign Trail ’72 compiles Thompson’s extensive reporting on the Democratic party and the campaigns at large. In typical Thompson fashion, he holds nothing back. From his contempt for Richard Nixon to his disdain for the mass media’s coverage of the campaign and the candidates, Fear and Loathing is both a chronicle and a necessary critique of modern politics and politicians.