Popular Celebrities Who Showed a Lot of Skin Later in Life

Apparently, age is nothing but a number for these famous women who took it all off at a stage in their lives when most models wouldn’t dare. From movie and TV stars to singers and even a former U. S. president’s daughter, these popular celebrities prove you can look good naked at any age.

Here, we’ve compiled a list of women 40 and older who bared it all. As you click through you’ll see the ages increase and won’t believe how old the final famous face on our countdown was when she posed for Playboy in 2018.

Jennifer Aniston has said she’s become more comfortable and confident in her skin as she’s gotten older. So, it’s no surprise that she was all smiles and looked amazing while posing naked for the cover of GQ in 2009 at the age of 40.

The Friends alum was just as confident again five years later when she posed topless for Allure magazine with her longtime hairstylist, Chris McMillan.

Next: This model celebrated getting older by posing for Playboy. 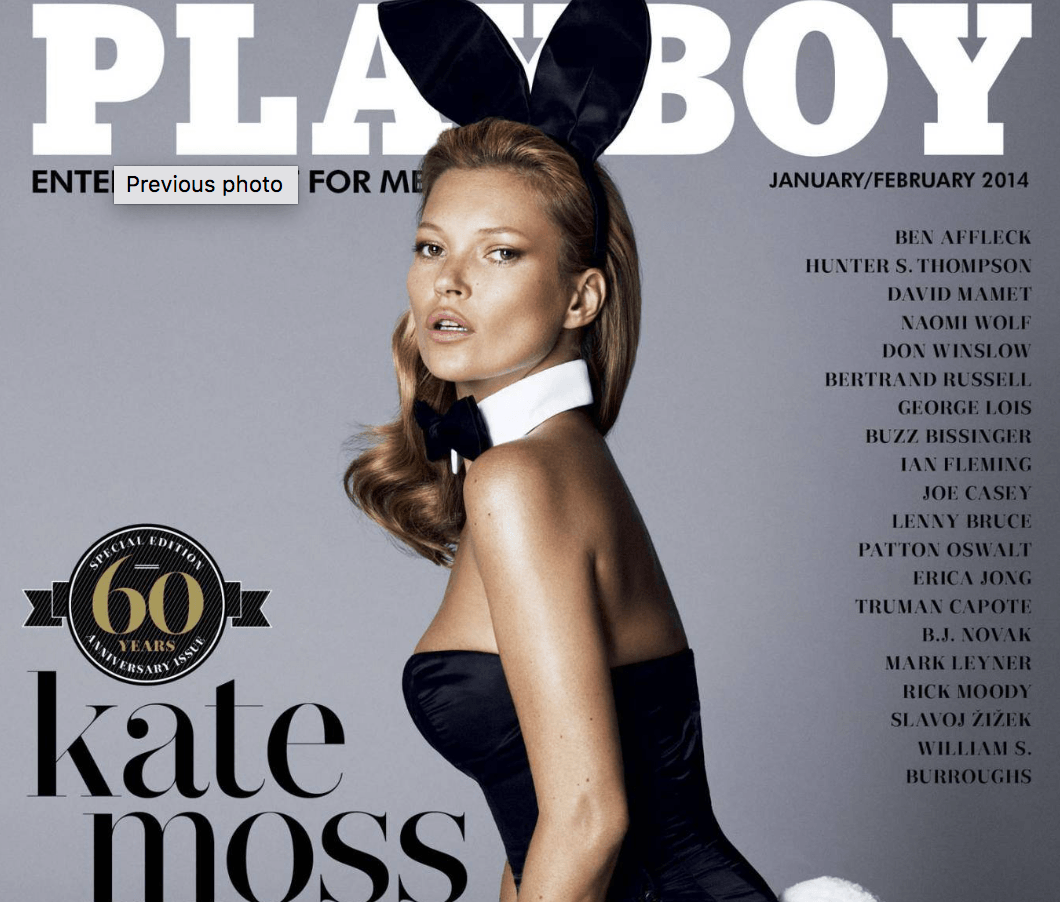 Kate Moss celebrated her 40th birthday with this cover. | YSL via Twitter

In 2013, Playboy confirmed that Kate Moss would be celebrating her 40th birthday by appearing in the magazine’s big 60th anniversary edition.

Years later, the British supermodel still hasn’t let getting older stop her from posing nude. In 2017, she bared it all again for W Magazine.

Next: This TV star would “rather go naked than wear fur.” 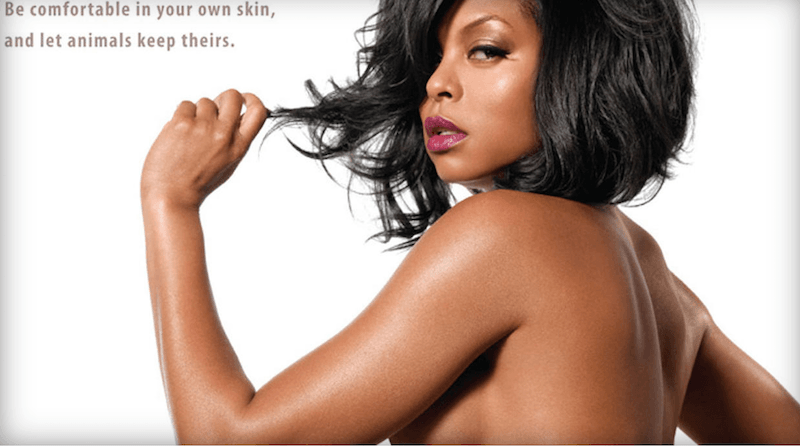 Taraji P. Henson stripped down for a good cause. | PETA

Empire star Taraji P. Henson stripped down and showed off her tone body at the age of 40 when she joined PETA’s “I’d rather go naked than wear fur” campaign in 2011.

“I don’t think a living being should suffer for the sake of fashion, period,” Henson said making it clear about why she chose to do the shoot.

Next: This reality competition judge is all about body positivity.

Mel B says she’s comfortable in her own skin. | Mel B via Instagram

In 2016, Spice Girl and America’s Got Talent judge Mel B posted a naked selfie of herself on Instagram when she was 42 with an important message to promote body positivity.

“As a women I Embrace my flaws and I’m comfortable in my own skin,might as well im gonna be in it for the rest of my life,I’m the kinda girl that has absolutely no desire to fit in,ladies we gotta love the skin we are in,” she captioned the photo.

Next: This Top Chef host did a shoot too hot for the kitchen.

Padma Lakshmi looked stunning at the age of 42 when she did a racy shoot for her interview with Playboy.

Bravo’s Top Chef host posed for the mag in white lace lingerie as she sat down in 2012 to answer 20 questions about life, food, and relationships.

Next: This actress and singer posed nude while promoting her fragrance.

You may think Jennifer Lopez has a time machine because she doesn’t seem to age. The superstar also has no problem showing off her incredible body.

In 2012, when she was 42, she ditched her clothes and oiled up for a super sexy ad promoting her fragrance, Glowing.

Next: This former first daughter bared it all for this men’s magazine.

Patti Davis is an actress, author, and daughter of the 40th President of the United States, Ronald Reagan, and his second wife. Nancy Reagan. In 1994, the former first daughter appeared on the cover and in the pages of Playboy. To this day, her cover is considered one of the mag’s most controversial with a man’s hands over her bare breasts.

Next: This AGT judge published a book of her naked pics.

Heidi Klum has been giving women body goals for years and the model is certainly no stranger to showing quite a bit of skin. So, in 2017, at the age of 43, the America’s Got Talent judge actually released a book of nude selfies titled Heidi Klum by Rankin.

“I have posed naked before but I’ve just never showed it to everyone. I feel more confident now than when I was in my twenties,” she told the Daily Mail about her decision to publish the book.

Next: This TV funny woman also stripped down for body positivity.

In 2017, a 45-year-old Sofia Vergara looked flawless when she posed nude for the cover of the Women’s Health “Naked Issue” and spoke about how to love your body no matter what age you are.

“It’s not that you hate [being older], or that you’re upset about it, but it is our reality. We’re changing,” she told the magazine. “I see it happening to me. I want to look my age, but I want to look great. I think if you are obsessed with this ‘I want to look younger’ thing, you’re going to go crazy.”

Next: This movie star did a nude shoot with lion cubs.

Julianne Moore shed her clothes for Bulgari’s Fall-Winter ad campaign in 201o when she was 49 years old.

The actress posed with purses and lion cubs, yep lion cubs, strategically placed in front of her showing that she can look fierce and fabulous at any age. Moore was also the face for the brand’s Spring-Summer campaign that same year.

Next: This soap opera icon took it all off for Playboy.

Dynasty star Joan Collins bared her body in a December 1983 issue of Playboy when she was 50.

The star, who has been credited for helping pave the way for the sexy older woman character in TV and films, posed naked in a 12-page photo layout for the magazine.

Next: This daughter of a legend did things her way and bared it all.

Nancy Sinatra, the eldest daughter of legendary singer Frank Sinatra, took off everything but her boots made for walkin’ when she appeared on the cover of Playboy at the age of 54.

People were surprised with her decision to pose, and it caused a bit of controversy among her fans, but she showed just how beautiful a woman’s body could still look over the age of 50.

Next: This Hollywood actress showed off her body in the pages of Playboy.

Terry Moore also shed her clothes for Playboy. The actress, who had an affair with Howard Hughes and claimed they were secretly married, posed nude for the mag’s August 1984 issue when she was 55 years old.

In 2015, when she was 86, Moore told the Daily Mail that she still worked out several days a week to stay looking and feeling great.

Next: This dame took some photos in the bathtub to promote her movie.

In 2010, just before her 65 birthday while promoting her film Love Ranch, Dame Helen Mirren stripped down, jumped in a bathtub, and posed for some steamy shots in New York magazine.

Mirren played a madam in the movie, which was directed by her husband, Taylor Hackford.

Next: This actress posed nude for Playboy multiple times. 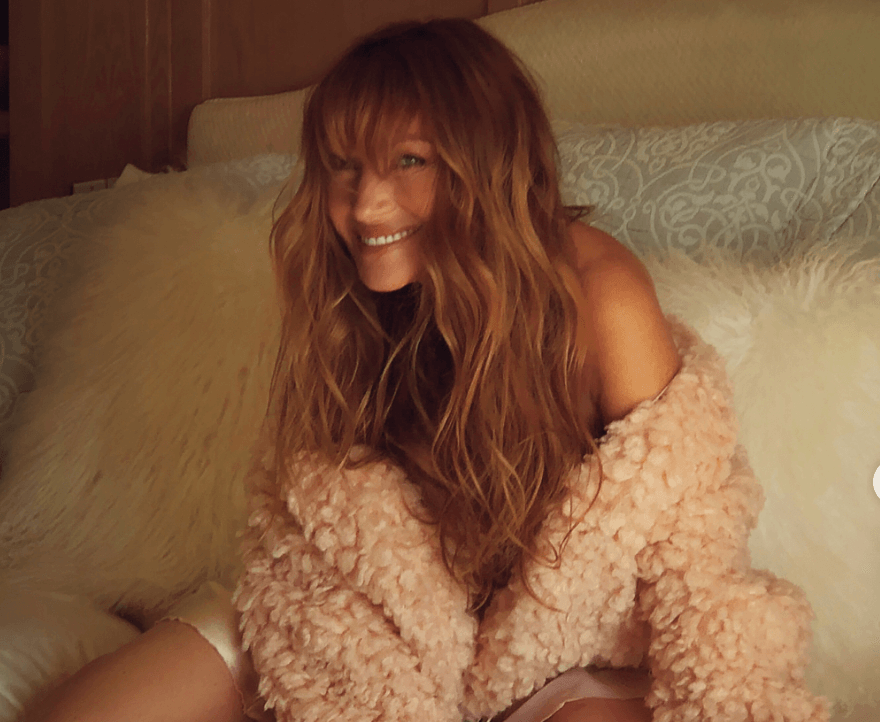 Jane Seymour shared a shot from the magazine shoot on social media. | Jane Seymour via Instagram

In 2018, Jane Seymour agreed to pose for Playboy for a third time. The actress chose to do so 45 years after her first pictorial and said she felt sexier than ever at 67.

“There’s an enormous freedom in having lived as long as I have … I’m comfortable in my own skin,” she told the publication. “I’m not trying to prove anything to anyone.”