‘Powerless’: Everything We Know About the DC Comics Comedy

There are no shortage of comic book-inspired dramas on TV these days, from the CW’s Arrowverse to Netflix’s Marvel lineup. But now, NBC is looking to inject a little more laughter into the genre. The network recently issued a series pickup to Powerless, the first ever comedy set in the DC Comics universe. Here’s everything we know about the upcoming show so far. 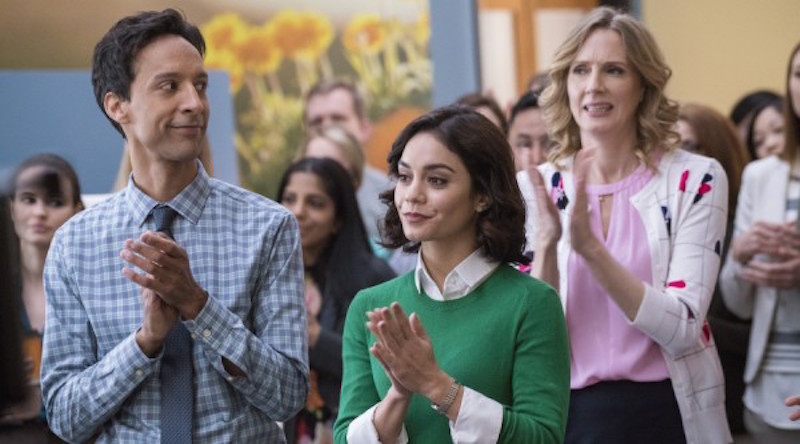 Vanessa Hudgens will star as Emily, a spunky young insurance adjuster who specializes in providing coverage to regular people against damage caused by the crime-fighting superheroes.

Community‘s Danny Pudi will play Emily’s best friend, Teddy. Meanwhile, Alan Tudyk co-stars as Del, the new manager at the insurance company, and Christina Kirk is Jackie, Emily’s assistant who is also a fangirl of superheroes.

Update 1/19/17: Another trailer has been released, below:

2. It’s described as “The Office set in the DC universe” 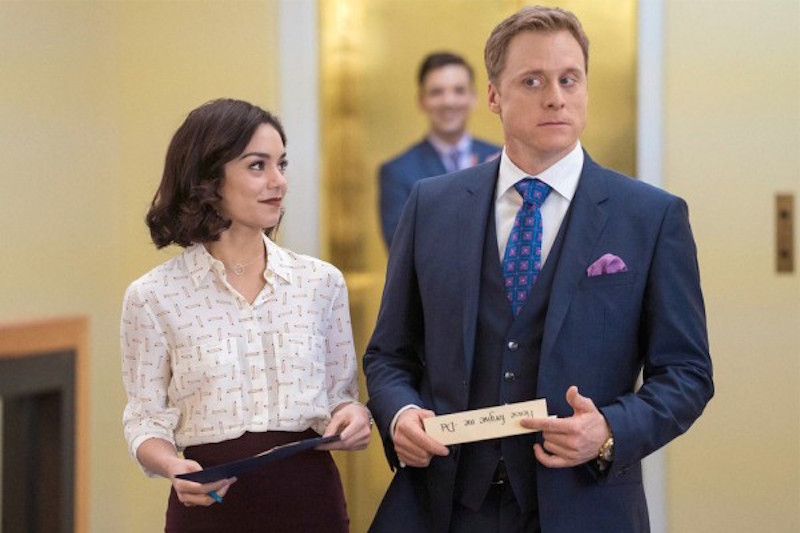 While Powerless will feature heroes and villains from the pages of DC Comics, it’s also a workplace comedy that focuses primarily on the everyday employees of an insurance company.

The half-hour show will follow Emily as she courageously stands up to a superhero, after an epic battle messes with her commute to work. As NBC’s official synopsis reads: When Emily stands up to the “larger-than-life figure, she accidentally becomes a cult ‘hero’ in her own right … even if it’s just to her group of lovably quirky co-workers. While she navigates her normal, everyday life against an explosive backdrop, Emily might just discover that being a hero doesn’t always require superpowers.”

Update 12/12/16: NBC has released a new synopsis for the show, revealing a connection to Batman’s Wayne Enterprises. The description reads: “In a world where humanity must cope with the collateral damage of Super Heroes and Super-Villains, Emily Locke begins her first day as Director of Research & Development for Wayne Security, a subsidiary of Wayne Enterprises that specializes in products that make defenseless bystanders feel a little safer. Full of confidence and big ideas, Emily quickly learns that her expectations far exceed those of her new boss and officemates, so it will be up to her to lead the team toward their full potential and the realization that you don’t need superpowers to be a hero.”

3. It will feature a mix of obscure and high-profile DC heroes 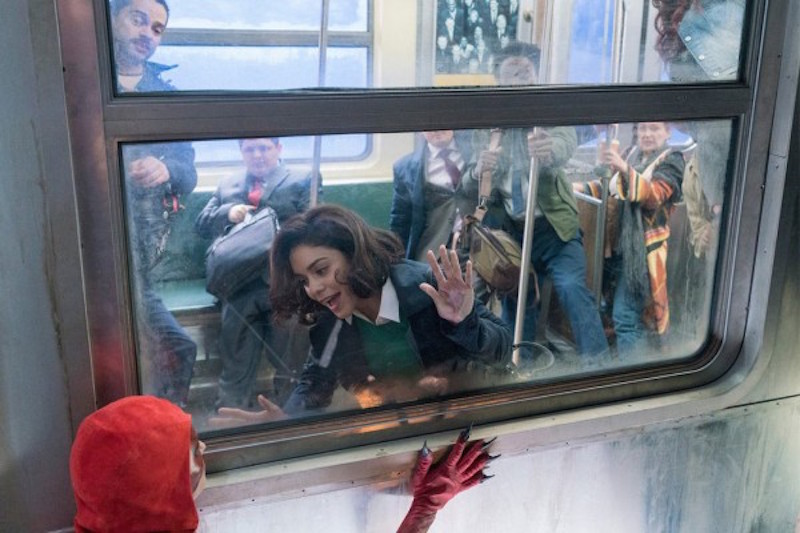 Powerless has complete access to DC’s collection of characters, so comic book fans can expect a wide variety of heroes to make an appearance on the series. One example? The superheroine Crimson Fox, captured in the photo still above.

Viewers can also expect the show’s character to allude to big-name heroes, like Batman and Superman, although they won’t necessarily show up. “Oh yeah, they’ve namedropped everyone,” NBC exec Jennifer Salke told IGN, also adding that DC hasn’t declared anybody “off limits.”

But don’t expect these heroes to be on their best behavior. “This is a world where superheroes are not only just on green screen out the window of this insurance office, but they’re also running into you on the street and wreaking havoc,” Salke described. “The idea isn’t that it’s the creme de la creme of the superheroes. It’s a world where there’s a whole population of superheroes with all sorts of all challenges themselves. So you’re seeing quite a range of characters in that realm in addition to our great, kind of grounded human ensemble.”

Update 7/25/16: With this in mind, executive producer Ben Queen said the show purposely opted to take place in a city never before seen in DC’s TV universe.  “Charm City is, like, heretofore an unseen city in the DC Universe,” he said, per The Hollywood Reporter, adding, “We’re our own underdog city in the DCU.” Per Queen, that’s also why, instead of Supergirl and The Flash, the show has “our own little heroes,” such as Crimson Fox and Jack-o-Lantern.

4. The supervillains (so far)

A new video from DC’S All Access confirms that the series will feature villain Jack O’Lantern. It’s unclear exactly which version of the character will appear, but in the comics, Jack O’Lantern is an ex-Global Guardians member turned Justice League Europe villain. The character’s powers stem from a mystical lantern, which gives him the abilities of flight, flame projection, teleportation, illusion casting, and enhanced strength. 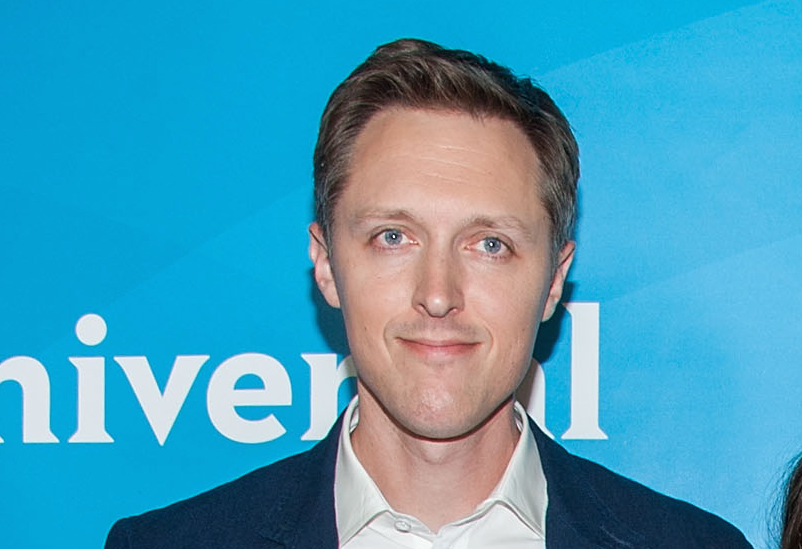 Ben Queen, the creator of A to Z and writer of Cars 2, will pen the upcoming DC comedy. Michael Patrick Jann, who has previously directed episodes of A to Z, Superstore, and Crazy Ex-Girlfriend, will direct the pilot. Both Queen and Jann will also serve as co-executive producers on the project.

Update 8/17/16: According to Deadline, Queen has exited Powerless, just two weeks before production was set to begin on the freshman season. Queen’s departure was reportedly a mutual decision among the writer-producer, NBC, and Powerless producer Warner Bros. TV that occurred as a result of creative differences. A search is now underway for a new showrunner. The delay is not expected to impact the planned midseason launch of Powerless. 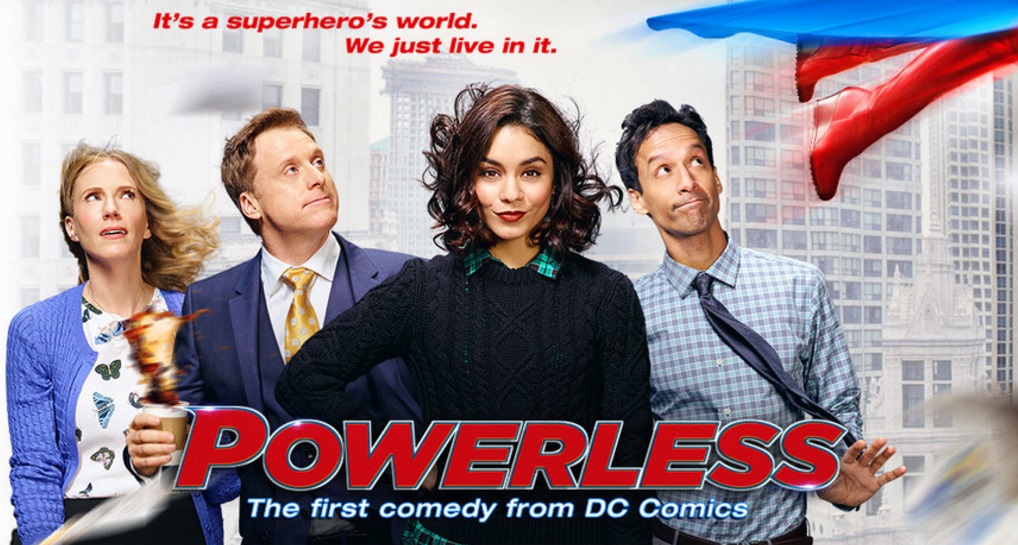 Though NBC has ordered Powerless to series, the DC comedy won’t be among the new titles premiering this fall. Instead, the network is holding the series for midseason. An exact premiere date has not yet been confirmed.

Update 12/9/16: NBC has confirmed that Powerless will officially premiere on Thursday, February 2 at 8:30 p.m. ET. 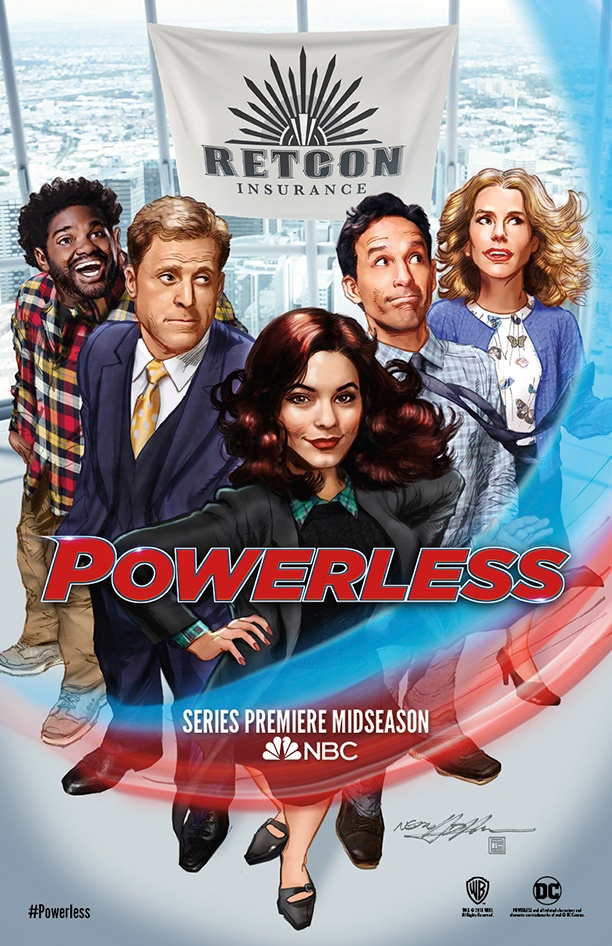