‘Preacher’ Season 2: Everything We Know So Far

AMC’s Preacher wrapped up its freshman season with an action-packed season finale that saw the demise of much of the cast. After such an explosive ending and a massive loss of characters, where can the show go next? The cast and creative team of the comic book adaptation recently dropped hints as to what’s coming in future episodes. Here’s everything that we know about Preacher Season 2 so far.

1. Only a few of the Season 1 characters will be back 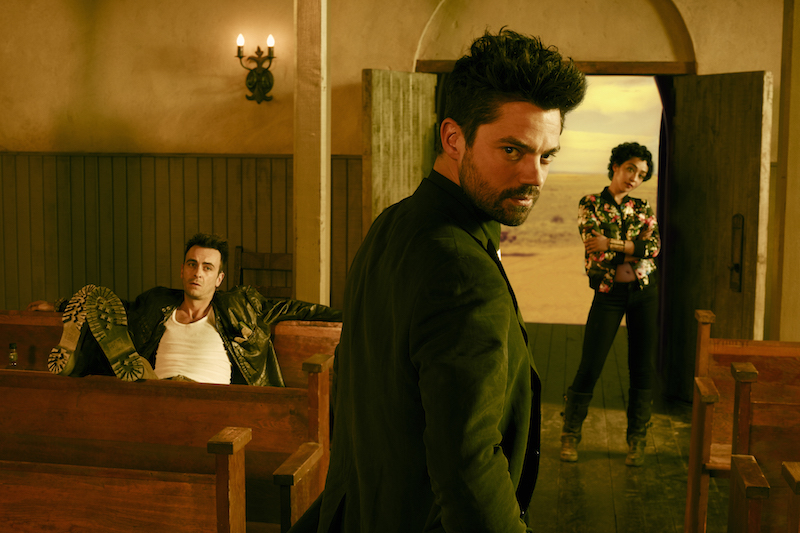 As fans saw in the explosive freshman season finale, nearly every single character that audiences have become familiar with will be gone in Season 2. That includes everyone from Jesse’s nemesis Odin Quincannon (Jackie Earle Haley) to his casual girlfriend Emily (Lucy Griffiths).

“In the end, we had to clear the deck, there’s so many great characters from the comic to come,” executive producer and co-creator Sam Catlin told Deadline, also explaining that this first season was really meant as a prequel to the comic book’s storyline. Now that the characters have been established, it’s time to move forward and introduce more of the comic’s famous players.

With that in mind, only the three key characters will be back next season: Jesse (Dominic Cooper), girlfriend Tulip (Ruth Negga), and vampire bud Cassidy (Joseph Gilgun). 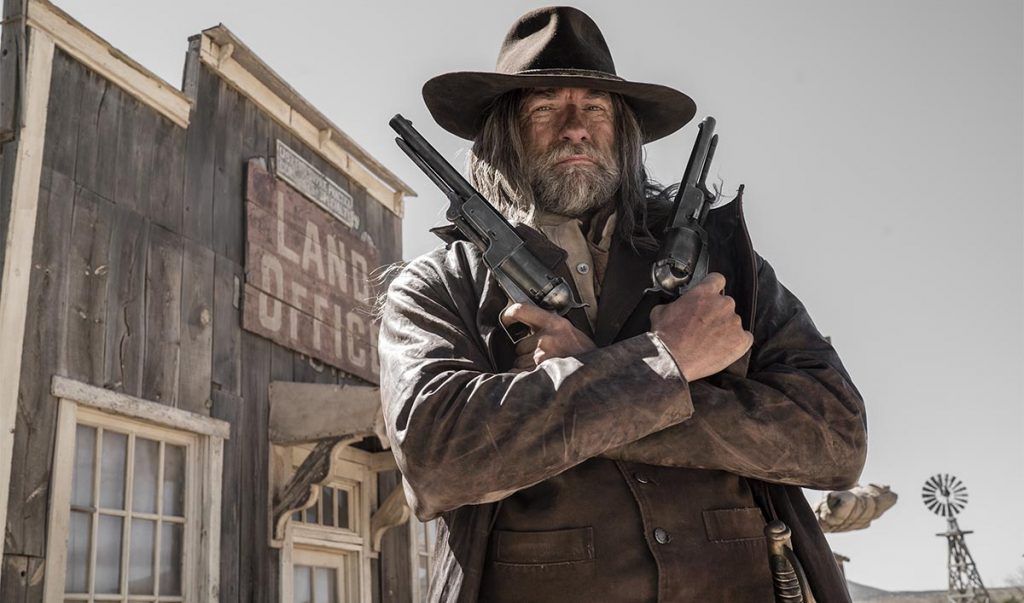 Graham McTavish as the Saint of Killers | Source: AMC

As the last shot of the finale suggests, audiences can expect to get to see a lot more of the Saint of Killers (Graham McTavish) who was credited in Season 1 as “The Cowboy.” Season 2 will see the character hellbent on completing his mission to take out Jesse in order to gain possession of his Genesis power.

3. One of the comic’s earliest villains will be introduced 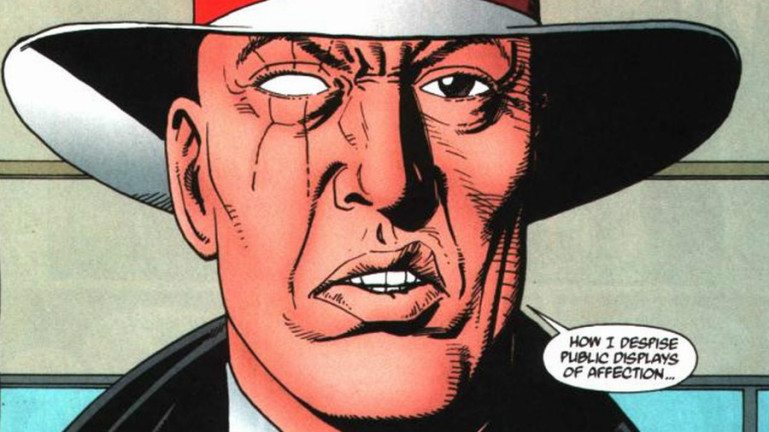 According to Catlin, another new personality who will play a large role in Season 2 is “the figure in white.” As Catlin explained, “Fanboys will know who that is. They’ve already seen the character briefly.”

As audiences will remember, the figure in the white was first introduced in the freshman season’s third episode. He appears in a dark theater during a meeting between Tulip and Danni (Julie Dretzin).

So who is this figure? As the comic book will tell you, he’s Herr Starr, second in command for the Grail, an organization tasked with protecting the bloodline of Jesus. That’s right — in this world, Jesus wasn’t crucified. He got married and had children. Starr works for the power-hungry Allfather of the Grail, who seeks to use Jesse for his own ends. 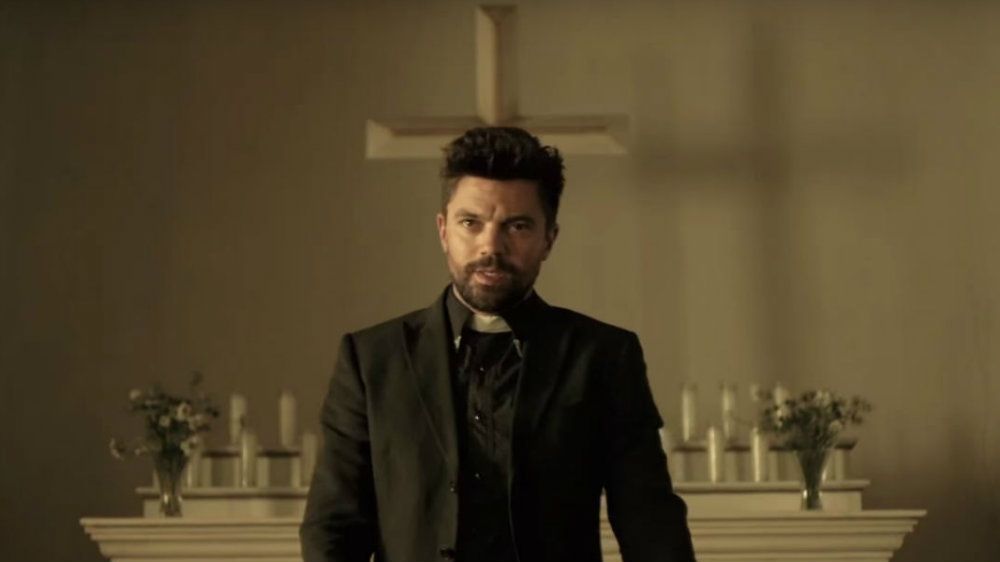 In addition to unveiling the figure in white, Deadline reports that Season 2 of Preacher will introduce a slew of new supporting characters — including the serial killer Reaver Cleaver and some members of Jesse’s family, like his Cajun grandmother and her bodyguard Jody.

Their introduction will also bring up the murder of Jesse’s father, John. In the comics, Jody kills John right in front of a young Jesse. But that’s not necessarily the case in the TV adaptation. As Catlin told Deadline, “We don’t know who killed Jesse’s father, but we’ll know more about who those two men were.”

5. It will be a longer season 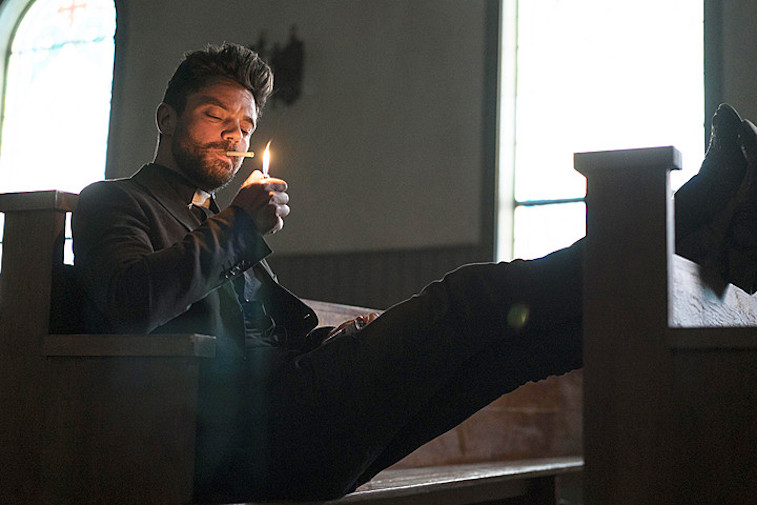 The freshman season of Preacher was only 10 episodes long, but fans can look forward to an extended season next time around. As AMC announced in June, Season 2 of the series will be comprised of 13 episodes. An exact premiere date for the sophomore season has not yet been set, but it’s expected to air on the network sometime in 2017.