What Is Prince George’s Title?

The royal family does not mess around when it comes to royal titles — especially since they use them to connect each member to their noble heritage and also show ranking from within the monarchy. In the monarchy, the queen gives out royal titles and saves some of the more prominent peerages for those with high-ranking. Speaking of, as the future King of England, Prince George was born with some serious status.

Prince George’s title will change a few times in his life.| Kensington Palace via Twitter

Not all royal kids receive a royal title at birth but, because he is destined to be a king, George came into the world as a high-ranking prince. Right now, Prince George’s title is His Royal Highness Prince George of Cambridge.

Should Prince William’s official title change to Prince of Wales in the next few years — which is highly likely — Prince George will become His Royal Highness Prince George of Wales.

In the royal family, those with His or Her Royal Highness in front of their royal title don’t require a last name. Therefore, Prince George technically doesn’t have one. However, should he wish to use a surname for school or military purposes (like his Uncle Harry once did), George has a few options to choose from.

The young prince can either go by George Mountbatten-Windsor — aka the royal family’s last name — or George Cambridge, his immediate family’s name (and part of his royal title). 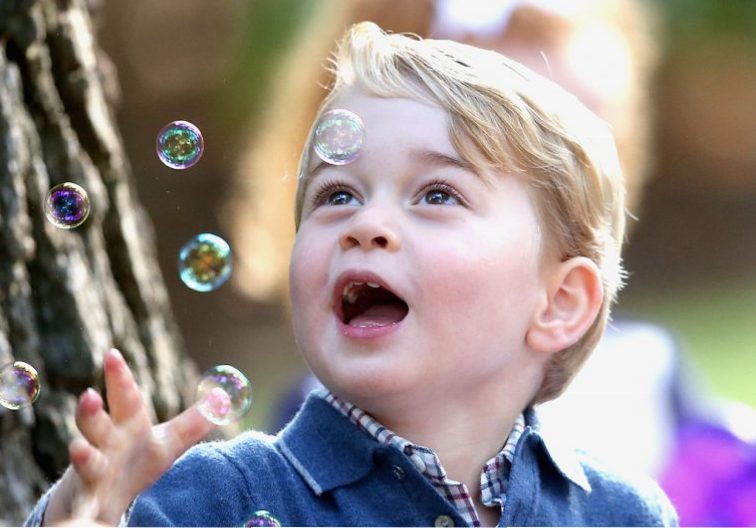 Prince George might not require a last name, but he has quite the middle name lineup. It’s not uncommon for a royal family member to have two to three middle names (sometimes even more) that honor past family members. What is Prince George’s full name? The young royal is legally known as George Alexander Louis.

The name George was most likely selected in honor of the queen’s father, King George. But, Prince William and Kate Middleton had a little help choosing what to call their firstborn. Apparently, the Duke and Duchess of Cambridge wrote out baby names on pieces of paper and placed them on the floor. Then, to help them decide, they had their dog, Lupo sniff them out. The royal pup stopped on the name “George,” and the rest is history.

How Prince George’s title will change throughout his life

Once Prince William ascends the throne and becomes King of England, Prince George could receive a very noble title change. In the royal family, the Prince of Wales and the Duke of Cornwall titles belong to the male heir to the British throne, aka Prince George.

Prince George will most likely never become Duke of Cambridge. Since he is the eldest son of a future monarch, Prince William will probably grant him the honorable Duke of Cornwall title instead. 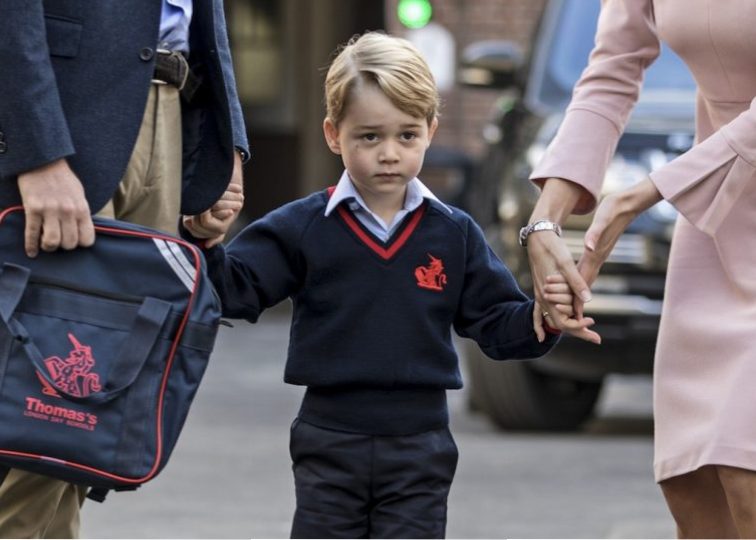 With the number three spot in the line of succession, Prince George could likely be King of England one day. But, his ascension to the throne is hopefully many years away, as Prince Charles and Prince William would have to die for Prince George to be crowned His Majesty.

If such tragedy occurs before Prince George’s 18th birthday, the young royal would still ascend the throne, but his Uncle Harry would act as regent on his behalf. In the royal family, if a royal ascends the throne before his or her 18th birthday, the next in line over the age of 21 (Prince Harry) steps in for the time being.