In just a few short months, Prince Harry and Meghan Markle announced their royal engagement, tied the knot in a beautiful ceremony at Windsor Castle, and have reached several significant milestones together.

Here’s a look back at some of the history-making moments and important firsts they have had as a couple and how Markle became the first royal to receive something that was supposed to be given to her father (page 7).

Even though it went against royal protocol, Harry’s grandmother allowed Markle to join the royal family at the Sandringham estate in Norfolk during the Christmas holiday.

The queen allowing her to be there was a huge deal because Markle became the first fiancée ever permitted to do so. Prior to her marriage to Prince William, Kate Middleton did not celebrate at the estate with the royals and neither did Camilla Parker Bowles or the late Princess Diana before they married Prince Charles.

Next: Markle giggled her way through this.

Markle and Harry accompanied each other to their first awards ceremony

In February 2018, Markle and Harry accompanied one another to the Endeavour Fund Awards, which celebrates the achievements of injured servicemen and women.

Markle took the stage to announce the winner of the Celebrating Excellence Award, but she and her presenting partner had a bit of blunder trying to get the envelope open. The Suits star giggled about the miscue and handled the whole situation like a pro.

Next: They teamed up with the Duke and Duchess of Cambridge for this.

They attended their first forum with Prince William and Kate Middleton

The Royal Foundation Forum was a major milestone not only for Markle and Harry but also for Prince William and Kate Middleton. It was the first-ever forum with all of them in a group setting highlighting their charitable work and the causes they are passionate about.

The launch was a success for the royals that have been dubbed the “Fab Four” or the “Core Four.”

Next: The pair represented the royal family at this memorial service.

Markle and the prince attended their first Dawn service together 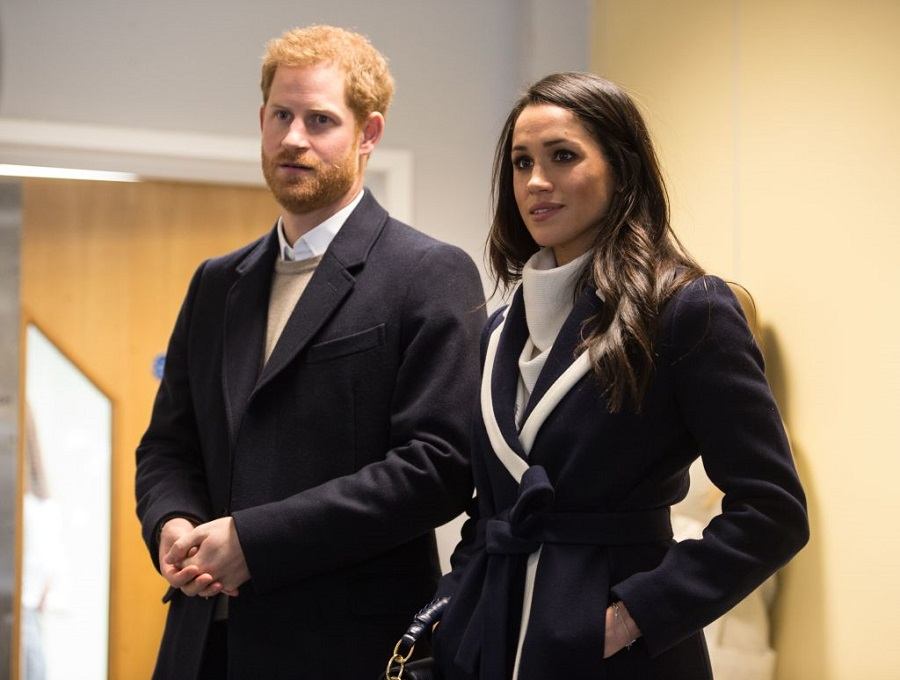 On April 25, the prince and Markle attended a Dawn Service together on Anzac Day, which is a day of remembrance for members of the Australian and New Zealand Army Corps killed in the line of duty.

The pair were in Hyde Park Corner in London for an emotional memorial and later joined Prince William at Westminster Abbey for a Service of Commemoration.

Next: They mastered this as husband and wife bee or no bee.

They made their first official appearance as husband and wife

Fresh off their May 19 nuptials, Harry and his bride made their first official public appearance together as husband and wife on May 22 for a celebration to mark Prince Charles’ upcoming 70th birthday.

Markle appeared at Buckingham Palace for the garden party with her new in-laws, but all anyone could talk about was Prince Harry’s run-in with a bumblebee as he tried to keep his composure while giving a speech about his father. “Sorry, that bee really got me,” Harry told the crowd.

Next: This is where we’ve all been waiting to see them together.

In June, Markle attended her first Trooping the Colour with her husband and made an appearance on that famous balcony with the rest of the royal family.

The annual event is a military celebration in honor of Queen Elizabeth II’s birthday. It included a pageantry display and a fly-over from the Royal Air Force, which the royals all watched from the balcony of Buckingham Palace.

Next: The Duchess of Sussex received this herself instead of Thomas Markle.

In another first, the palace gave the duchess her coat of arms. This went against royal tradition since that is usually presented to the bride’s father. However, following her wedding to Prince Harry, Markle became the first royal to receive her own.

The Duke and Duchess of Sussex will get their conjugal coat of arms in a couple of years.