Prince Harry and Meghan Markle Hold Hands, and the Internet Can’t Get Enough 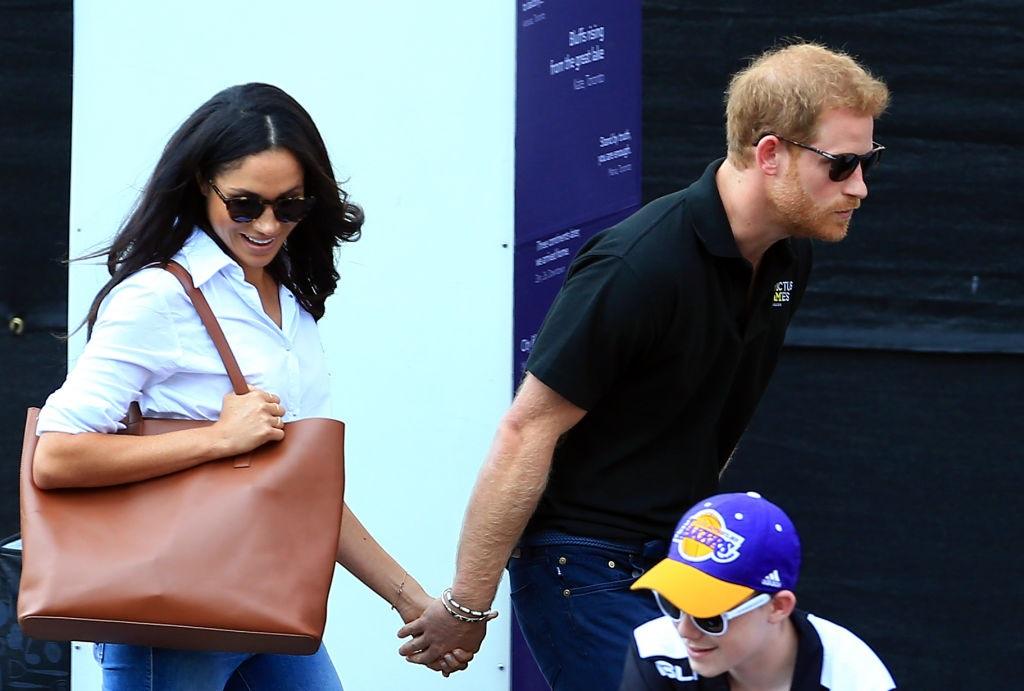 Why is this a big deal? Well, other than the sheer adorableness of it that some have pointed out (see here and here), members of the royal family rarely show affection in public unless it’s part of a serious relationship. Some articles are even speculating of wedding bells in the future. (See here.)

People magazine broached the engagement topic as well, interviewing Myka Meier, founder and director of Beaumont Etiquette. People describes Meier as expert on all things proper in the royal family. “I believe an engagement is eminent,” Meier told People. “I think to show PDA at such a highly publicized public event would be a very conscious decision by Prince Harry and shows the seriousness of the relationship. Meghan would very much have taken his lead under the circumstances.”

Both were dressed in jeans Monday, the prince in a black polo shirt and his girlfriend in a white button-down shirt. Markle completed her outfit with comfy flats and an Evlane’s Day Market Tote in Cognac. 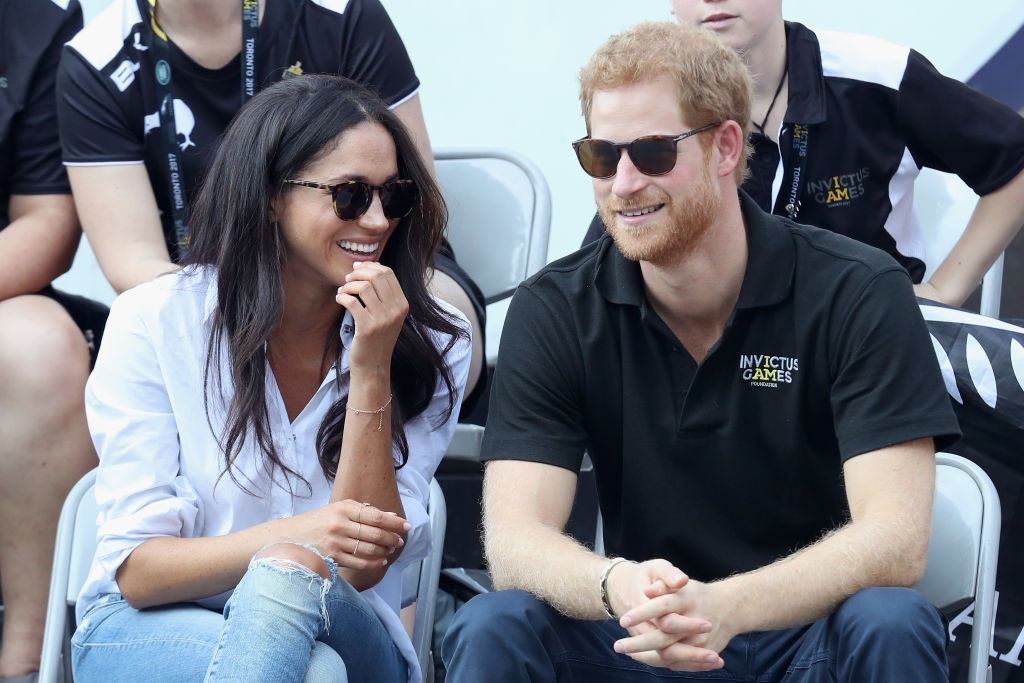 The couple both attended the event’s opening ceremony Saturday, although due to protocol, they were seated apart. The prince was surrounded by dignitaries including first lady Melania Trump, Canadian Prime Minister Justin Trudeau and his wife. Markle sat elsewhere with a friend.

Prince Harry on the left, Meghan Markle on the right #InvictusGames pic.twitter.com/AnYtxBB6E8

Prince Harry created the Invictus Games, being inspired to help sick and wounded military members after completing two hours of duty in Afghanistan. The current competition marks the third annual Paralympic-style event. Around 550 competitors from 17 countries are competing in 12 different sports.

Earlier in September, Markle, 36, spoke publicly of her relationship with Harry for the first time, in an interview with Vanity Fair. “We’re a couple. We’re in love,” she said. The “Suits” actress went on to say, “I’m sure there will be a time when we will have to come forward and present ourselves and have stories to tell, but I hope what people will understand is that this is our time. This is for us. It’s part of what makes it so special, that it’s just ours. But we’re happy. Personally, I love a great love story.”