Prince Harry and Meghan Markle’s children will live a life of privilege, but they won’t be spoiled. Because of Meghan Markle’s commoner background and Prince Harry’s opinion of being royal, many suspect the two will parent their children to live as normally as possible. And, according to some experts, that’s why they’ve decided to raise their children outside the palace walls. 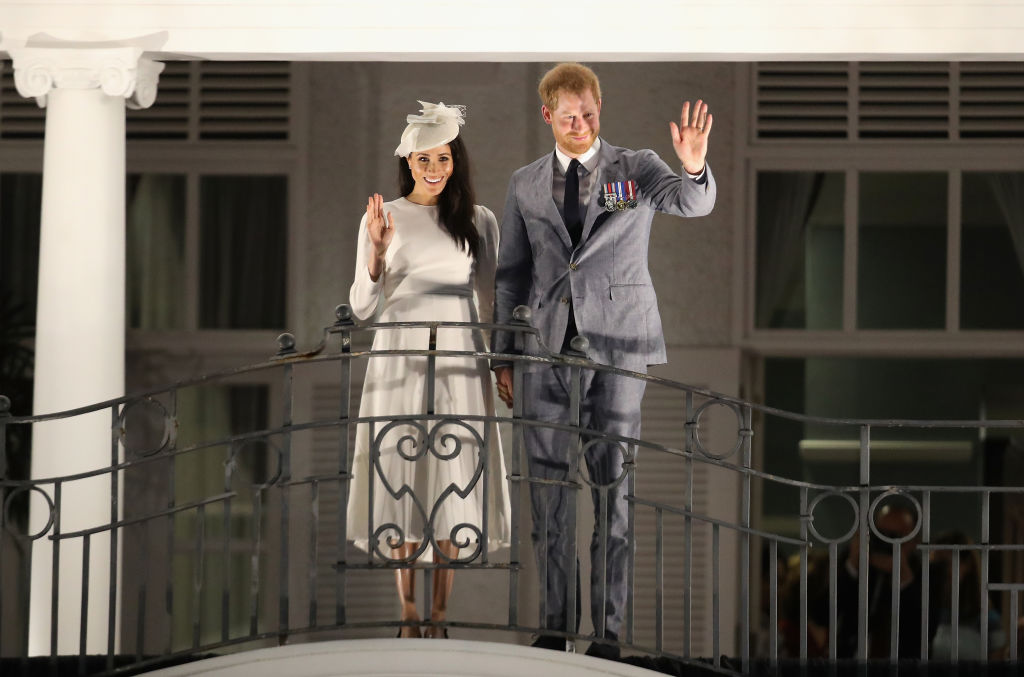 Here are some ways Prince Harry and Meghan Markle will raise their children:

They won’t raise their children at Kensington Palace

Unlike Prince Harry and Kate Middleton — who recently moved to their Kensington Palace abode full-time — the Sussex family won’t consider London their home base. Prince Harry, Meghan Markle, and their children will, of course, spend time there during the week as needed, but royal experts predict the duke and duchess will raise their children two and a half hours north of London.

The couple currently rents a $5.4 million home in the Cotswolds and they typically spend weekends there. Once the royal baby comes, they will likely spend more time there as a family.

Their kids will ride the subway

Meghan Markle is known for her down-to-earth personality and she will likely pass that onto her children. Royal reporter, Omid Scobie predicts that the duchess will probably teach her kids to do everyday things, including riding the subway when in the city. However, for security purposes, such normalcy could be a stretch.

They will have chores

Just because they are royal, doesn’t mean they don’t have to learn the value of hard work. Scobie suggests the young royals will have chores. In addition, they will learn to be on their best behavior and respect other people’s jobs when visiting Buckingham Palace.

According to some reports, Queen Elizabeth taught Prince George and Princess Charlotte (Prince Louis is much too young, but will learn eventually!) to pick up their toys when playing inside the palace. And, Prince Harry and Meghan Markle’s children will probably learn to do the same.

They will have to get a job

Once they are of age, Prince Harry and Meghan Markle’s children will have careers of their own. And, like their father, they might join the military. Since their kids likely won’t be as involved in the royal family business as their cousins, they could even go on to have careers separate from official engagements and philanthropy work.

Meghan will give her daughter a special gift

If the Duke and Duchess of Sussex have a daughter, Meghan already has a gift for her. “I’ve always coveted the Cartier French Tank watch. When I found out Suits had been picked up for our third season — which, at the time, felt like such a milestone — I totally splurged and bought the two-tone version. I had it engraved on the back, ‘To M.M. From M.M.’ and I plan to give it to my daughter one day,” she told HELLO! Magazine back in 2015.

Their children will be feminists

Despite the royal family’s usual distance from politically-charged conversations, Meghan has made it clear that she is a feminist. She likely will pass on her beliefs and support of women’s rights to her children.

At the end of the day, the biggest thing for Meghan Markle and Prince Harry is that their kids live a normal life (or as normal as possible). And, their parenting style will likely reflect that. They will grow up knowing their privilege and place in the world as members of the royal family. However, their upbringing will probably look different from their cousins, Prince George, Princess Charlotte, and Prince Louis.