Does Princess Anne Hate Being Royal?

Princess Anne is arguably one of the busiest members of the royal family. As Princess Royal, Anne attends hundreds of engagements every year and is actively involved in the British armed services as an honorary admiral and colonial chief. But, does Princess Anne hate being royal?

Up ahead, we take a closer look at her royal life, plus the clues that indicate her discomfort with royal duties. 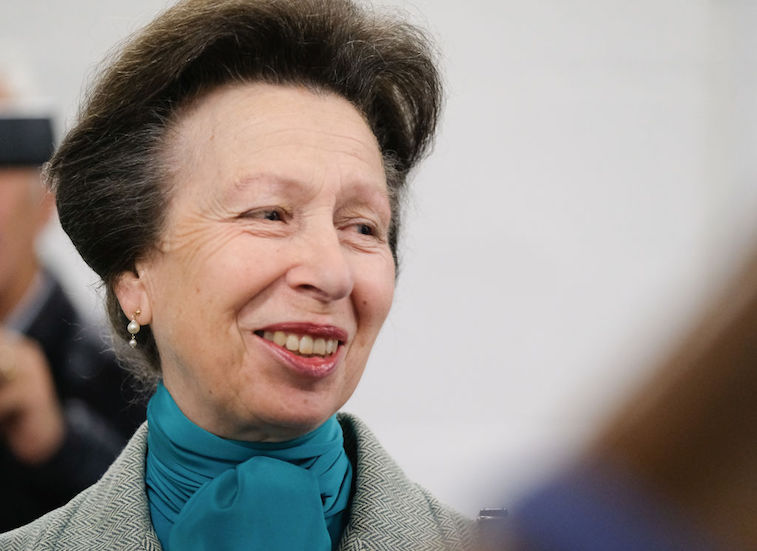 As the queen’s daughter and Princess Royal, Princess Anne is one of the highest-ranking royals in the monarchy. And, she attends nearly double the number of royal engagements as her brother (and future king), Prince Charles. That said, she’s not so keen on her royal life — or at least, it seems that way.

The press nicknamed her ‘Her Royal Rudeness’

She might be the busiest, but she’s certainly not the most likable. Apparently, Princess Anne is one of the least friendly royal family members, which is how she earned the nickname “Her Royal Rudeness” in the press. According to E! News, when Princess Anne first met Tony Blair’s wife, Cherie Blair she casually told the Princess Royal to call her by her first name. Anne allegedly replied: “Actually, let’s not go that way. Let’s stick to Mrs. Blair, shall we?”

On Tuesday, The Princess Royal spent the day in Derbyshire where, as President of three different organisations, she marked three anniversaries – The Carer's Trust, Riding for the Disabled Association and a sailing club. The Princess Royal presented rosettes to riders and volunteers, and long-service awards to ponies, Zilka, Taffy, Millie and Sally at Riding for the Disabled Association. The organisation is celebrating 40 years since they were established. HRH also visited the Derbyshire Carer’s Association to celebrate their 30th anniversary. The Princess spoke with young carers, staff members, carers and trustees. The charity offer emotional and practical support for carers. Finally, HRH cut a cake at Toddbrook sailing Club, to mark their 60th anniversary. During the visit The Princess Royal watched a team race and met instructors, supporters and sailors.

In addition to her rude tendencies, Princess Anne allegedly has very little patience for royal photocalls and other lengthy photo opportunities. She also hates when the public tries to take photos of her and, sometimes, she even makes comments on the matter. If someone approaches the princess with a phone in hand, Princess Anne doesn’t bother conversing with them or says “look, if you want to ask, I suggest you put that down,” in regards to the phone. “It is weird. People don’t believe they’ve experienced the event unless they’ve taken a photograph,” she explained in the documentary Queen of the World.

She was not a fan of walkabouts as a teenager

Princess Anne’s moody teenage years were spent on walkabouts with her noble family — and she dreaded them. “We hated them,” the Princess Royal noted in the documentary. “I mean, can you imagine as teenagers? It’s hardly the sort of thing you would volunteer to do. I mean it gets easier, but can you imagine? I mean how many people enjoy walking into a room full of people that you’ve never met before? And then try a street. I don’t think many youngsters would actually volunteer for that.”

This weekend marked the end of The Princess Royal’s visit to Chile, where HRH took part in various activities to mark the Bicentenary of the Chilean Navy. The Princess attended the Chilean Navy parade and visited the Navy Museum before unveiling a Statue of Admiral Lord Cochrane. The day’s activities ended at Valparaíso Lifeboat Association, which was founded in 1925 and became the first voluntary service providing maritime rescue in South America. #RoyalVisitChile

She refuses to shake hands with the public

In the royal family, shaking hands used to be off-limits. However, the queen has changed her rules over the years — but, Princess Anne prefers the old protocol. “The theory was that you couldn’t shake hands with everybody, so don’t start,” said Princess Anne. “So I kind of stick with that, but I noticed others don’t. It’s not for me to say that it’s wrong, but the initial concept was that it was patently absurd to start shaking hands,” she added.

She rejected royal titles for her children

Despite her high ranking, Princess Anne did not want her children to lead a royal life. And, when the queen offered royal titles to Peter and Zara Phillips, she rejected them in hopes they would lead a more normal life as private citizens without a royal title.