Queen Elizabeth II has a lot of strange royal food rules. But, perhaps one of her most bizarre food rules is banning her great-granddaughter, Princess Charlotte’s favorite food from the Buckingham Palace dinner menu. Find out what the young princess loves to eat for dinner and why Queen Elizabeth II doesn’t allow it on the menu, ahead. 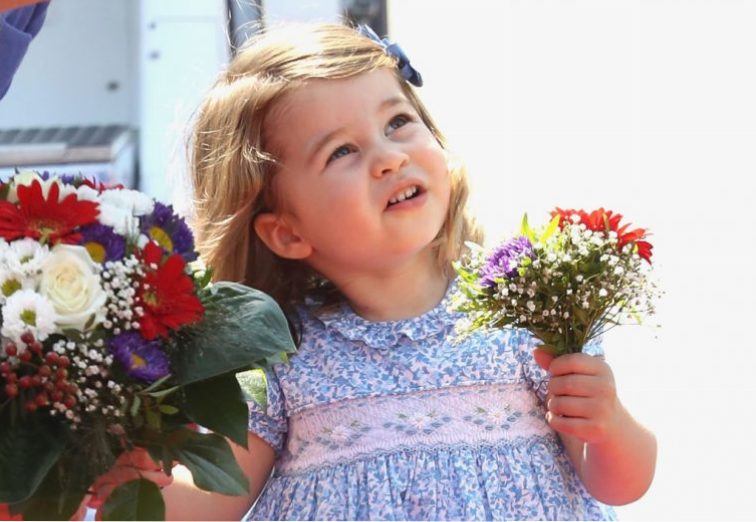 Contrary to what you might think, Princess Charlotte is a lot like other 3-year-olds — especially when it comes to food choices. According to her mother, Kate Middleton, Princess Charlotte’s favorite food is pasta. While chatting with a young patient at the Great Ormond Street Hospital in London in January 2018, the duchess “Charlotte likes pasta too,” after the patient said he liked to eat pasta.

Despite pasta being one of her favorite foods, Princess Charlotte’s great-grandmother, Queen Elizabeth II is not a fan. In fact, pasta is often banned from the menu at Buckingham Palace.

According to Darren McGrady, a former royal chef, the queen has strict rules about pasta in Buckingham Palace (and other royal abodes). The reason for it is simply because she doesn’t like to eat it. According to McGrady, Her Majesty thinks certain carbs such as pasta, rice, and potatoes are “far too starchy” and asked to remove the items from the palace’s menu.

That said, the queen approves of pasta for special occasions. She allegedly allows pasta on the menu for State Dinners and holiday festivities.

In addition to pasta, Queen Elizabeth II has banned other beloved items from the palace’s menu. Take a closer look at what it’s like to eat with Her Majesty with these royal family food rules.

Garlic is another no-no at Buckingham Palace (or wherever the queen is dining). Which, for Meghan Markle – who allegedly loves the flavorful root — is a bummer. While the Duchess of Sussex can eat garlic at home, she likely will never see it on the menu when dining with the queen.

Shrimp is off limits

While some foods — such as pasta and garlic — can be eaten at home, others are banned for good. Case in point: Royals are not allowed to eat shellfish, including shrimp. This rule was likely hard for Meghan Markle to adapt to since she allegedly loves sushi and seafood.

Everyone must stop eating once the queen finishes her food

If Queen Elizabeth II is finished eating, you’d better hope you’re full. According to reports, as soon as Her Majesty has finished her meal, all others around her (including her own family members) must finish up, too.

The queen uses her purse to end dinner

When dining with the queen, her purse placement is a huge indication of the evening — including when dinner is over. If Her Majesty places her iconic leather handbag on the table, that means dinner must end within five minutes.