Professor Marston and the Wonder Women is an origin movie about the comic book heroine which comes on the heels of the summer blockbuster film Wonder Woman. The new movie hits theaters Friday, Oct. 13. 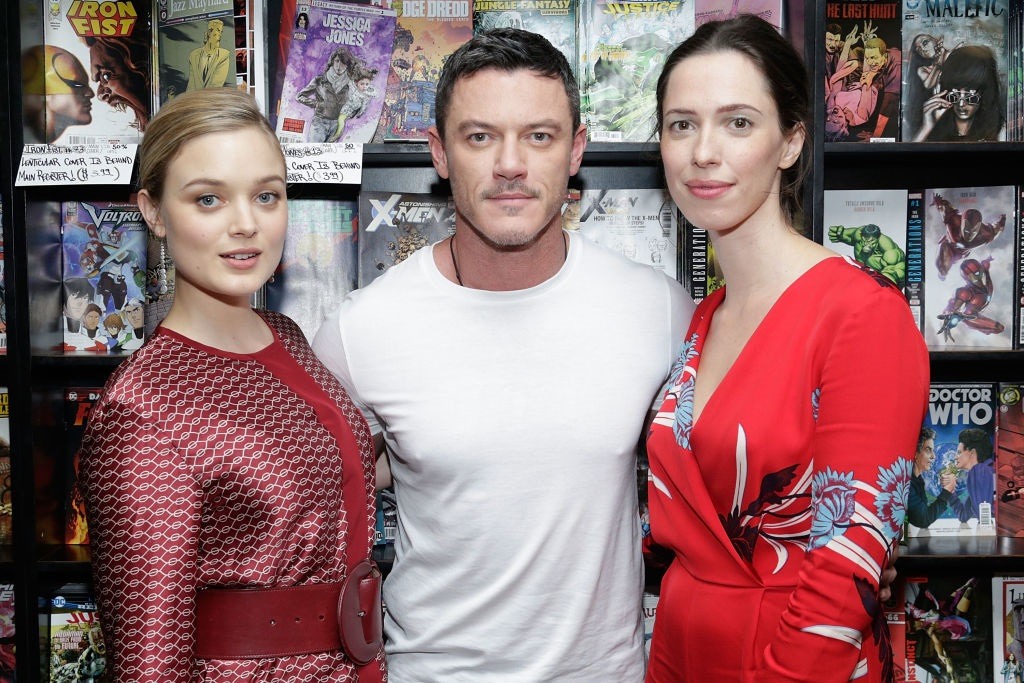 Bella Heathcote, Luke Evans, and Rebecca Hall, who portray the three main characters in “Professor Marston and the Wonder Women,” attend a meet and greet on Oct. 9, 2017 in New York City. | Lars Niki/Getty Images for Annapurna

The film features free-thinking psychology professor William Marston, who introduces the Wonder Woman comic book character in 1941. In the movie, the superheroine with her gold bracelets and lasso is the product of Marston’s research into human sexuality.

In the film, the two women both served as inspiration for Marston’s creation of the iconic comic character. In one scene, while spying on Olive during a sorority ritual involving spanking, the professor and his wife observe the student trying on a corset, boots, bracelets, and a tiara – some of which eventually made their way into Marston’s comic character’s ensemble to be used as weapons.

A tweet shows a photo of the three main characters together:

The film is receiving generally positive reviews. Rolling Stone refers to it as a “kinky superhero biopic,” and writes, “Thanks to Professor Marston and his real-life Wonder Women, something close to a death blow was dealt to the demeaning, centuries-old image of the damsel in distress. It’s a hell of an origin story.”

Pop Matters, which reviewed the film calls the final act rushed, which “makes for an uneven film that flirts with greatness only to falter at the end.” However, the review states the movie is worth a see, calling it “a fascinating study of three dynamic, intelligent people struggling to make sense of their forbidden feelings.”

EW reviewed the movie, saying the intriguing story was played “a little too safe” which “never quite captures the true, transgressive wonder of [Marston’s] creation.”

Professor Marston and the Wonder Women is an intriguing story played a little too safe: EW review https://t.co/ro1TXmpCfl