Psy Lands 2B YouTube Views, But Will He Have Another Hit? 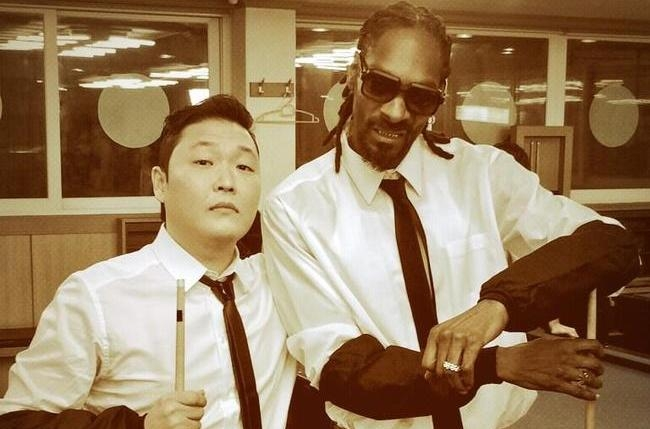 South Korean dance music sensation Psy set a huge record over the weekend as he preps for the release of his next single featuring Snoop Dogg. Psy’s mega-hit “Gangnam Style” with its catchy beat and silly music video has been steadily breaking records for YouTube views since its release in July 2012, and on May 31 the clip became the first in YouTube history to reach 2 billion views.

The music video for Psy’s next song, “Hangover,” will be debuted on Jimmy Kimmel Live! on June 8, when Snoop Dogg will join the South Korean rapper to unveil the video, which was made in Psy’s home country. The announcements about both the record and the new single were made on Psy’s Twitter and the website of his South Korean label, YG Entertainment.

Psy has spent the past few months working on the successor to 2011′s highly successful album Bird, which spawned “Gangnam Style” as well as the follow-up hit “Gentleman.” When the 2 billion milestone was reached, Psy said on Twitter that they were “very honorable and burdensome numbers.” Even though “Gentleman” has performed moderately well — it currently has 690 million views on YouTube — it was criticized for sounding too much like “Gangnam Style” and even those huge numbers look like a flop in comparison to 2 billion.

Psy expressed some discontent with “Gentleman,” and has promised that the new album will be more true to himself. “My new songs will mark a return to my roots and be truer to who I am,” he said in a press release announcing the new record back in December, seen by The Hollywood Reporter. “When I made ‘Gangnam Style’ two years ago, I was afraid I may have to stop performing one day. That really scared me, and I composed the song after letting go of everything. And just like The Truman Show, the song has made all these impossible things come true, like being asked to perform for Madonna.”

In an interview obtained by TMZ at LAX, Psy said that the new song will reflect more of a hip-hop influence than his previous material and that he raps “with Snoop’s help.” When asked what working with Snoop Dogg was like, Psy revealed that not too much partying actually went on despite the iconic rapper’s reputation. “It was a really tight schedule of shooting because we had the shooting in Korea, Snoop had to move on, but it was really great and we’ve got to party later on,” Psy said.

It seems a bit surprising that hip hop represents a return to roots for the South Korean dance sensation, but Snoop Dogg could be the one to help Psy become more than just a big one-hit wonder.